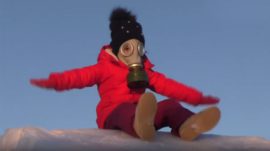 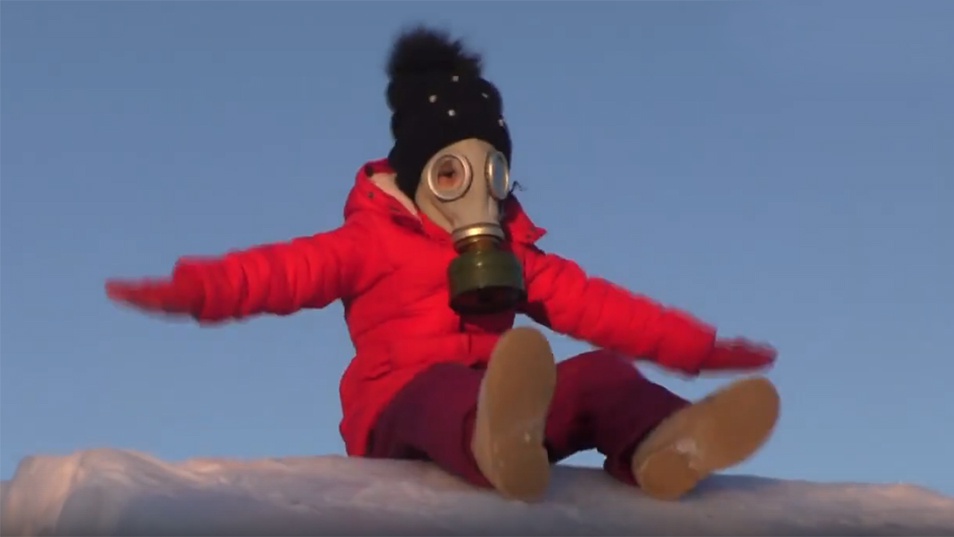 Local officials have installed giant fans to chase away air pollution in a Russian mining town that has been plagued by toxic air for months.

Smog first engulfed the town of Sibai in November after suspected emissions from an abandoned copper mine, sparking protests. Local authorities began to issue medical masks and activated charcoal to residents as they struggled to contain the environmental damage.

A social media page run by locals posted a video Saturday showing children from the town wearing gas masks while playing outside, set to electronic music.

Local authorities replied to the video Monday by saying that it was filmed by “a very creative dad.”

“There is no need to use gas masks in the city,” a representative of the local administration was quoted as saying by the state-run RIA Novosti news agency.

Two giant ventilation units have been set up on the side of an open pit mine in Sibay to deal with the crisis, state media in Russia’s republic of Bashkortostan reported.

“In calm weather, the fans will create airflow to disperse the gas, thereby reducing the concentration of harmful substances in the air,” the broadcaster said Monday.

Our Air Quality is Better Than in Paris, Mayor of Smog-Hit Siberian City Tells Protesters

Two surveillance cameras have also been installed on the northern and southern sides of the mine to monitor the situation in real-time.