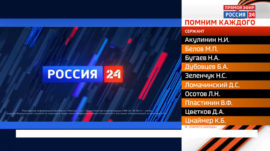 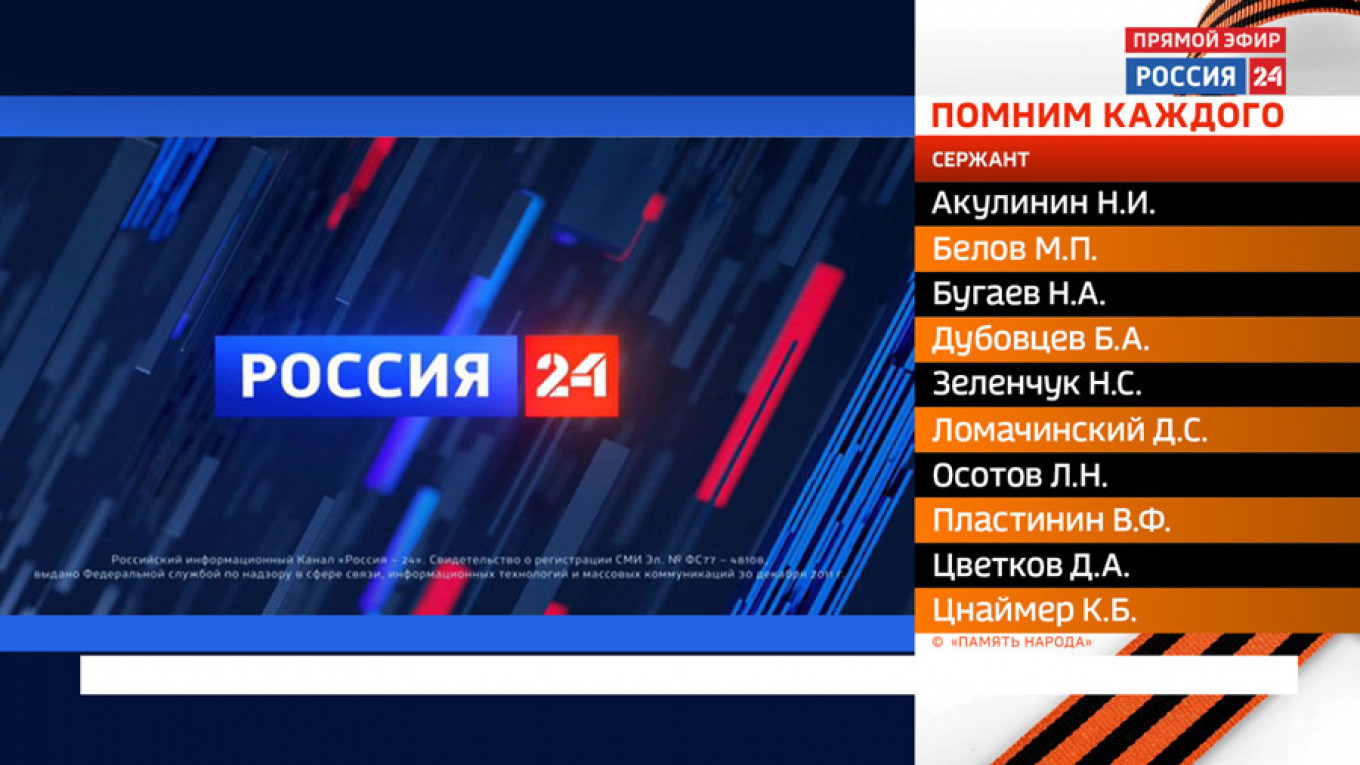 A Russian state-run television channel is airing the names of the nearly 13 million Soviet soldiers killed in World War II in the weeks leading up to the 75th anniversary of the Soviet victory over Nazi Germany.

The project is a collaboration between Russia’s Defense Ministry and Memory of the People, an internet database that documents the conflict that Russia calls the “Great Patriotic War.” By airing the names, Rossia 24 said it aims to remember all the heroes of World War II regardless of rank or decoration, and to create an objective reminder of the true cost of the war.

The 24/7 broadcast began on Feb. 23, also known as Defender of the Fatherland Day, and is timed to end on May 9, when Russia celebrates Victory Day.

The on-air display appears as a black-and-orange sidebar next to the channel’s regular programming and displays 100 names per minute. It will take 76 days to air all 12.6 million names.

Victory Day, which marks the Nazi surrender to the Soviet Union in 1945, is Russia’s most important national holiday, with nearly every Russian family losing at least one member in the war. While many Russians see the holiday as a strong source of national pride, critics in recent years have accused the Kremlin of co-opting Victory Day to boost its image and silence criticism.