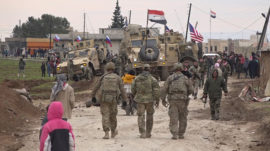 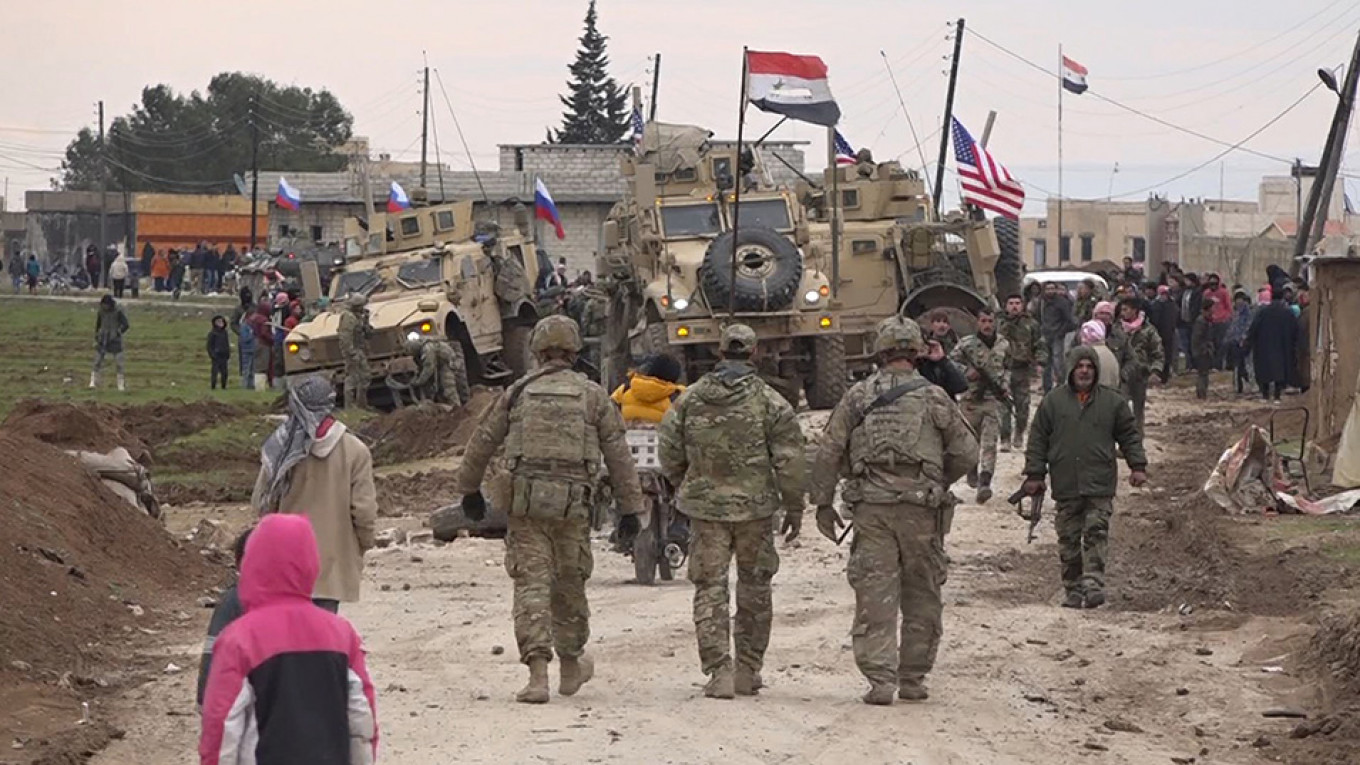 A road rage incident between Russian and U.S. combat vehicles was caught on video in Syria at a time of heightened tensions between the two forces in the war-torn country.

A bystander caught the moment when a U.S. Oshkosh M-ATV ran what appears to be a Russian Tigr armored car off the busy road as it attempted to overtake the U.S. convoy. The vehicles appear to collide, and a passerby is seen narrowly escaping being hit by the Tigr.

A Syrian researcher who shared the 45-second clip online wrote that the incident took place in the northeastern Syrian city of Qamishli.

Kremlin spokesman Dmitry Peskov refused to comment on the confrontation in a conference call with reporters Thursday, deferring queries to the Defense Ministry.

The U.S.-led coalition in Syria and Iraq said it was reviewing the incident, the Military Times reported, citing spokesman Col. Myles Caggins.

“The Coalition’s goal is to de-escalate any unplanned encounters with other forces operating in northeastern Syria,” Caggins told the news website.

The latest episode follows a series of standoffs between U.S. and Russian troops in Syria in recent weeks. The U.S. special envoy for Syria has accused Russia of violating the terms of de-confliction in what he characterized as an attempt to challenge the U.S. presence there.

Russia, a staunch ally of the Syrian government, launched a military air campaign in Syria in 2015 to help Damascus recapture parts of the country from rebels. Moscow has long insisted that the U.S. military presence in Syria is illegal.