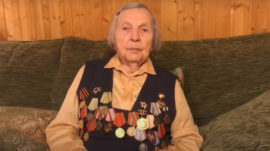 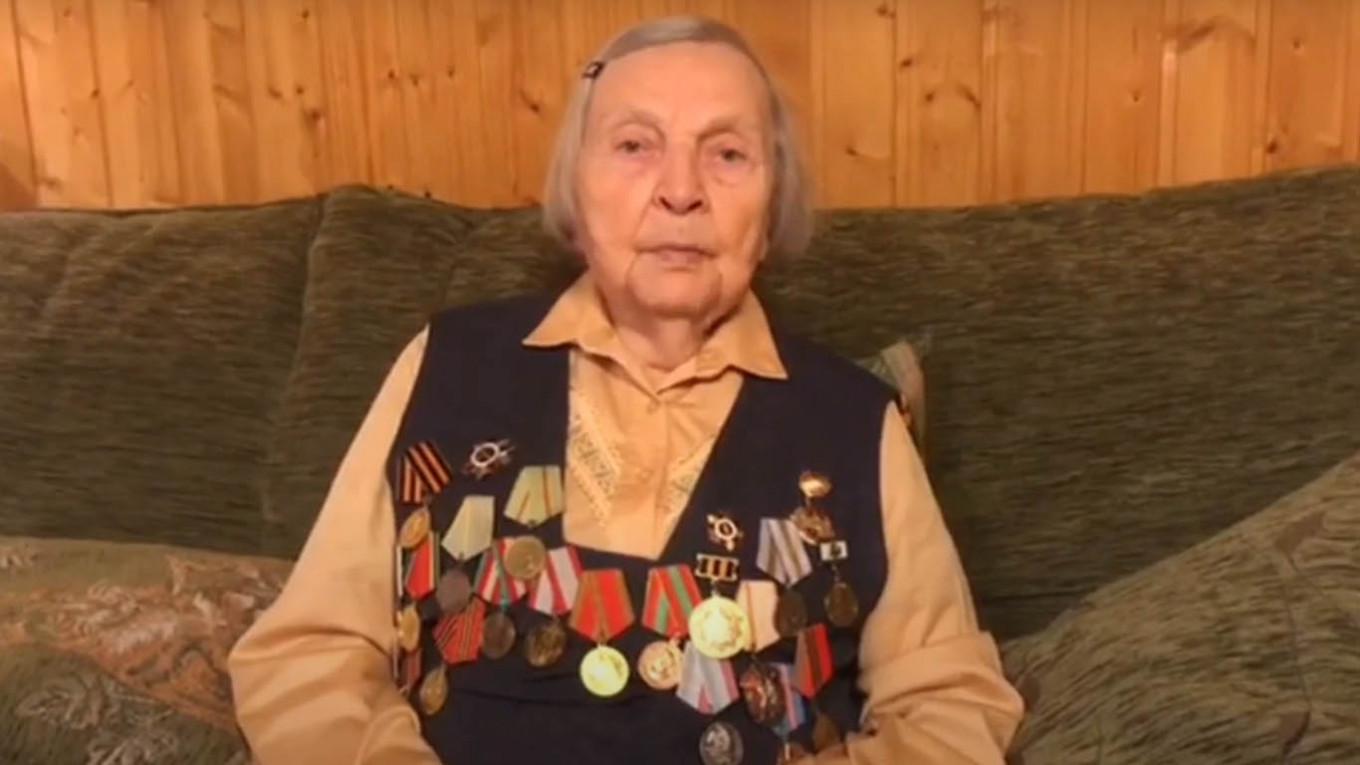 Zinaida Korneva’s World War II memories include having to drink from the Volga River after crawling across the steppe on her belly, using a camel to drag a damaged aircraft to a safe place for repair and seeing the face of a German pilot through the window of his shot-down plane seconds before it hit the ground.

The 98-year-old veteran from St. Petersburg, inspired by the fundraising efforts of Captain Tom Moore in the U.K., has launched a website to share her stories that has already raised more than 1.7 million rubles ($20,000) for the families of Russian doctors and medical personnel who have died during the coronavirus outbreak.

Korneva has set herself a target of raising 3 million rubles ($40,000) by May 9, the 75th anniversary of the Soviet victory over Nazi Germany in World War II. Centenarian Captain Moore, who was made an honorary colonel for his efforts, raised more than 30 million pounds ($37.2 million) for charities supporting the U.K.’s National Health Service by walking laps around his garden.

“You are a strong man and a true soldier. We beat fascism together in 1945 and now we fight this virus together,” Korneva said in a video message to Colonel Moore.

Korneva was part of the first female draft to the Red Army in 1942, when she was 19. Along with hundreds of other young female conscripts, most of them aged between 18 and 20, she boarded a cargo train for Stalingrad, now Volgograd.

Up until then Korneva had been working as a teacher, but she recalls in one of her videos how everything changed when she heard on the radio that war had broken out.

“The men were sent to war, and teenagers and women were replacing them at work. This immense plight and sorrow brought us all, people of different nationalities and different cultures, much closer together. I remember that sudden and strong sense of unity,” she said.

Korneva, whose daughter and granddaughter are both doctors, identifies with the challenges the medical staff on the coronavirus frontlines are facing. In her videos she blends tales of sobering experiences with a bit of laughter, the same mixture that helped her keep her chin up as a young conscript.

She tells the story of one of her first training sessions in the steppes of Central Asia, when she and her colleagues were learning how to crawl on their bellies, with their hair cut short and feet and hands bleeding from thorns and spikes on the ground.

“When we girls would scream as we came across a lizard our sergeant would say, ‘You are much uglier, it’s the lizards who should be screaming!’”

During the war, Korneva’s job was spotting enemy aircraft and informing the anti-aircraft force of their type, estimated altitude and course.

She recalls that her biggest scare was hearing about the deaths of nine of her comrades who had been sent on a mission. The women were found dead and brutally mutilated.

“The fact is that I was supposed to be on that mission,” Korneva recalls in one video. “Our chief had been looking for me, but when I showed up he told me he had already solved the issue. And it wasn’t until we found out about the tragedy that I discovered I had been meant to be in that group. It took me some time to get over the shock.”

Korneva’s cause has already received nationwide attention and she’s on target to reach her 3-million-ruble goal by Victory Day.

Meanwhile she’s set herself another task — knitting a pair of socks to give to Colonel Moore as a present for his 100th birthday.