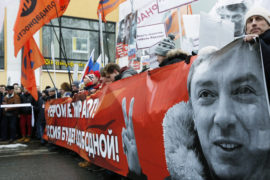 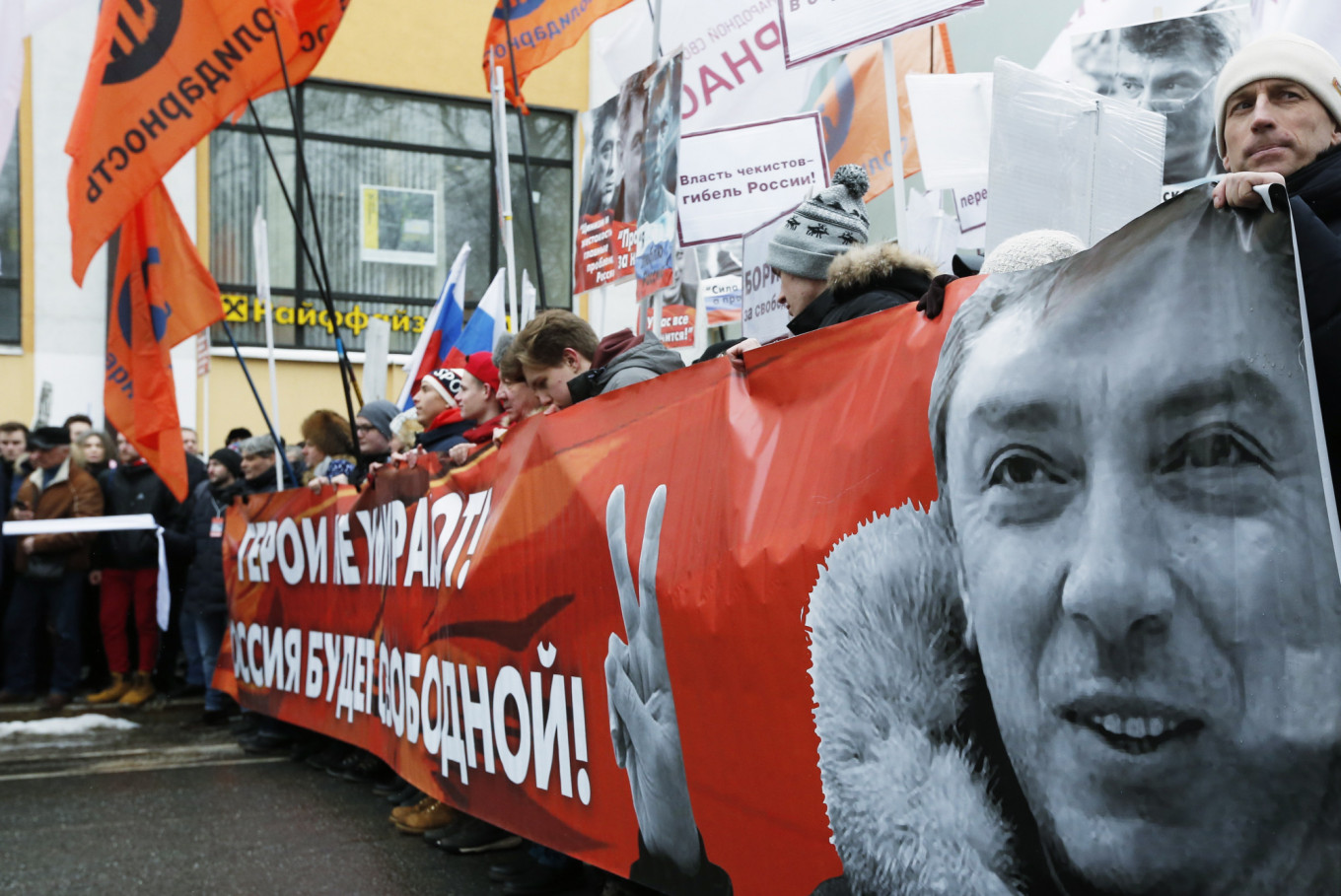 Nemtsov, aged 55 at the time, was gunned down on Feb. 27, 2015 while crossing a bridge close to the Kremlin. A vocal critic of President Vladimir Putin, he had been working on a report examining Russia’s role in the conflict in Ukraine.

Though five men have been convicted for his killing, his supporters say the architects of the murder have yet to be brought to justice.

At the march on Sunday, participants carried signs demanding justice for his death. They also chanted slogans that have become familiar at opposition rallies: “Russia without Putin” and “Putin is a thief.”

“Are you going to kill us too?” pic.twitter.com/0ciplENa9F

Throughout the sea of flags and signs were also those that voiced protest over authorities’ actions — or lack thereof — since the last Nemtsov march.

These include the mall fire last March that killed 64 people, including 41 children, in the Siberian city of Kemerovo; the spate of arrests and extremism charges against teenagers for social media posts over the summer; the continued imprisonment of Oleg Sentsov, a Ukrainian filmmaker jailed in Russia on extremism charges who carried out a 145-day hunger strike ending in October; and widely unpopular pension reforms, which took effect this year.

For many demonstrators, the rally, four years removed from Nemtsov’s murder, was ultimately less about his death as much as it was about keeping his spirit of opposition alive.

“I didn’t even know of him when he was killed,” said Andrei, a 20-year-old college student who declined to give his last name. “I’m here because this is a rare chance for all of us to be out on the streets together and express to the authorities how we feel.”

Interior Ministry estimates cited by Interfax put the number of participants in Moscow at 6,000. According to White Counter, an NGO that tallies up participants at rallies using metal detector frames, around 10,800 people turned out for the march.

The OVD-Info police monitoring website reported at least one person has been detained at the Moscow march, which was approved by the authorities.

That the opposition has an event approved by the authorities as part of Russia’s annual calendar, said Irina Prokhorova, a prominent literary critic and publisher of the New Literary Observer, attests to the opposition’s sustained energy.

“The Kremlin is still paying attention to us. You could hear it in Putin’s last speech,” she said at the site of the rally, referring to the president’s state of the nation speech on Wednesday. In his address, Putin spoke mainly about domestic issues — a stark shift from his longtime focus on foreign policy.

“Even if this march doesn’t spark mass changes,” Prokhorova added, “it does help us keep those in power in check.”