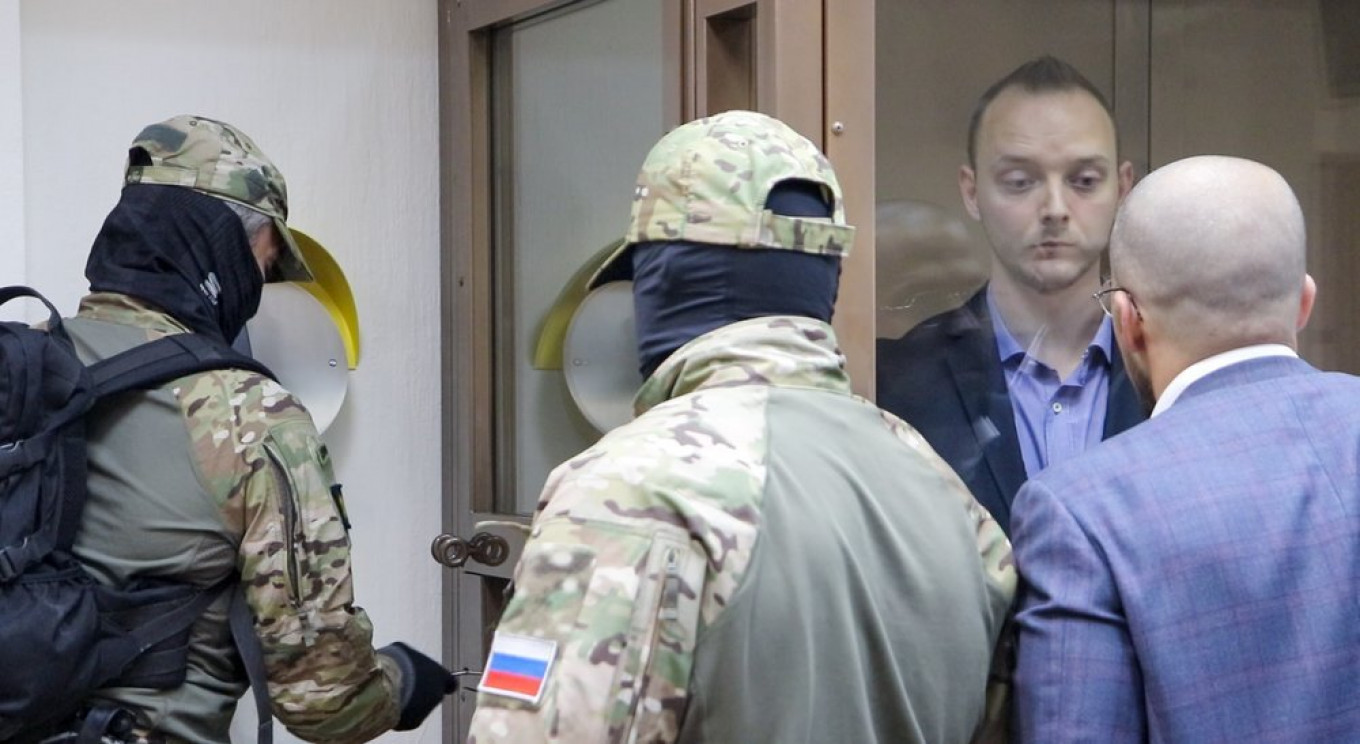 Russia under President Vladimir Putin has grown increasingly intolerant of voices that challenge the conservative values championed by the Kremlin.

Putin has also empowered the security forces to crack down on anyone perceived to be a threat, leading to a spike in treason and espionage cases.

In one prominent trial, a verdict is expected Wednesday for leading Gulag historian Yury Dmitriyev accused of abusing his adopted daughter. Allies say the authorities opened the probe to silence his work on Soviet-era mass killings.

Ahead of the ruling, here are five of the most high-profile cases being brought against prominent cultural figures, activists and journalists who have challenged the authorities.

A court acquitted him — a rarity in Russia — in 2018 but a higher court reversed the ruling and he was slapped with a charge of sexually assaulting a minor.

Prosecutors demanded that Dmitriyev, now 64, be jailed for 15 years for abusing his adoptive daughter.

Rights campaigners and supporters say the case is an attempt to muzzle Dmitriyev for calling attention to one of the country’s darkest periods.

The Federal Security Services (FSB) this month arrested on treason charges Ivan Safronov, a former journalist who had recently joined Russia’s space agency as an adviser.

The 30-year-old won accolades for breaking important political and defense stories. He was forced to resign last year from the Kommersant newspaper over a story about a shakeup in parliament.

The FSB have accused him of passing state secrets to Czech intelligence, while former colleagues say he is being persecuted for his journalism.

The case, which will be held behind closed doors, could see Safronov jailed for two decades.

A Moscow court last month handed a suspended sentence to acclaimed film and theater director Kirill Serebrennikov accused of embezzling government funds in a case that sparked outrage at home and abroad.

Serebrennikov and several co-defendants were found guilty of defrauding the Culture Ministry out of 129 million rubles (about $2 million) designated for a project called Platforma.

Cultural figures like Cate Blanchett and Ian McKellen criticized the case, and Serebrennikov said the trial was evidence of growing cultural censorship in Russia.

Observers linked the case to protests by conservative groups over the director’s treatment of Russian classics and productions that explored taboo themes like politics, sexuality and religious extremism.

A young LGBT activist in the Far East, Yulia Tsvetkova, is facing six years in prison on charges of distributing pornography to minors after posting colorful drawings of vaginas online.

Tsvetkova has been fined twice under a controversial law against spreading “gay propaganda” among minors. Earlier this month she was handed another penalty of more than $1000 for posting drawings of gay couples with children in an online group that she said was clearly marked for adults.

She has said authorities are using the propaganda and pornography charges to punish members of the LGBT community in Russia unfairly. Her case has sparked an international campaign by artists and poets in her support.

Journalist Svetlana Prokopyeva this month was found guilty of “justifying terrorism” over a column she wrote about a 2018 bombing at the FSB headquarters in the northern Arkhangelsk region that left three officers injured.

In the article, she criticized the FSB’s growing influence as well as the increasingly oppressive political climate under Putin.

Police raided the 40-year-old’s flat, froze her accounts and confiscated her passport.

Prokopyeva said the case was “revenge” for her work and prominent members of Russia’s journalism community brought the public’s attention to the case by speaking out against it.

Prosecutors had asked for a six-year sentence and a four-year ban from journalism. She was instead released with a $7,000 fine.