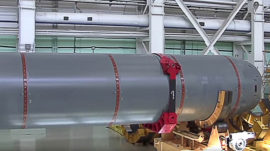 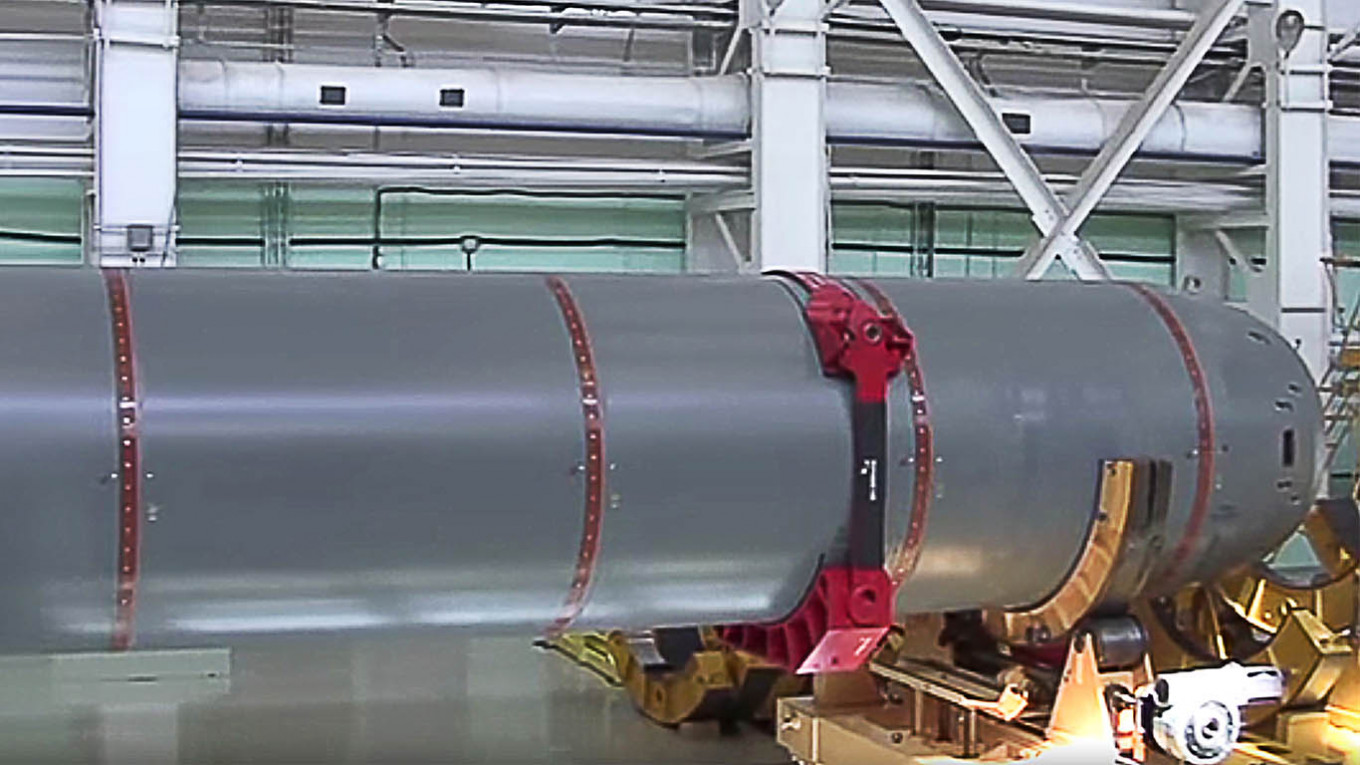 Russia plans to test its unmanned “doomsday nuke” in its Arctic waters this fall, one year after a fatal nuclear-powered missile accident led to a radiation spike in a nearby city and grabbed international headlines.

The drone, shaped like a giant torpedo, is built to carry a nuclear warhead weighing up to two megatons and is described by weapons analysts as a “doomsday nuke.” Powered by a small nuclear reactor, the Poseidon has a believed range of 10,000 kilometers across the world’s oceans.

Launched from the Barents Sea or other waters in the Arctic, the drone can autonomously cross the North Atlantic. If detonated off the eastern coast of the United States, the nuclear warhead could create a tens-of-meters-high tsunami wave in addition to damage caused by the nuclear blast itself.

The Barents Observer first reported about the weapon’s existence in 2016. In March 2018, President Vladimir Putin confirmed the existence of the upcoming giant underwater drone. The Poseidon was one of six new strategic nuclear weapons presented by the president at the time.

In July 2018, the Defense Ministry released a video showing the workshop where the drone was assembled and an animated film demonstrating how the drone could be used in a real warfare situation.

“A drone has several advantages. A submarine with a crew on board is, of course, a powerful weapon, but there are certain restrictions on the human factor. The Poseidon can practically be on alert and perform assigned tasks at any time,” former GRU colonel Alexander Zhilin told the Kremlin-controlled Sputnik Radio outlet on Tuesday.

Today, Zhilin is head of the Center for Study of Public Applied National Security Problems with the Lobachevsky University in Nizhny Novgorod.

Zhilin dismissed worries about the drones’ potential vulnerabilities to hackers and cyberterrorists.

“The appearance of this class of drones, of course, requires a lot of responsibility because it is managed via software. It is clear that there are certain risks when in operation hackers can try to take control. But, talking with our engineers and designers, I came to the conclusion that there is massive protection against external interference,” Zhilin told the radio station.

With the deep-diving Poseidon drone, Russia will counter any U.S. missile defense systems and ensure deterrence with a second-strike capability.

The plan is to deploy 16 Poseidon drones on combat duty with the Northern Fleet. Two special-purpose submarines, the Belgorod and the Khabarovsk, are to carry the weapons. Both submarines were built at the Sevmash yard in Severodvinsk.

The Belgorod is a prototype submarine based on a prolonged hull of an Oscar-II class nuclear-powered submarine. It was launched in April 2019 and is expected to start sea trials within a few months.

The second submarine to carry the Poseidon is the Khabarovsk, a special prototype submarine based on the hull of Russia’s fourth-generation ballistic missile subs of the Borei class.

RIA Novosti earlier this spring reported that the Khabarovsk will be launched from the workshop at Sevmash as early as June 2020, followed by a two-year testing period.

Neither RIA Novosti nor Zhilin specified where the Poseidon drone test launch will take place, but new submarine-based weapons are normally tested in the White Sea, which has the advantage of not being international waters where other countries’ navies or spy ships can sail. Also, the testing areas are close to Severodvinsk where the subs and drones are built.

Last August, a Burevestnik missile exploded during what is believed to have been a recovery operation. The explosion that killed five men and caused a radiation peak in nearby Severodvinsk happened at a barge located some 4 kilometers from the shore outside Nenoksa (also spelled Nyonoksa) missile test site.

Russian officials have not published any information about possible radioactive substances that could be released to the marine environment from the upcoming testing of the 24-meter nuclear-powered underwater drone Poseidon.

Russians’ Confidence in Government Down, Self-Reliance Up During Virus Outbreak – PollMore Russians Have Died in 2020 Than Early 2019, Official Says