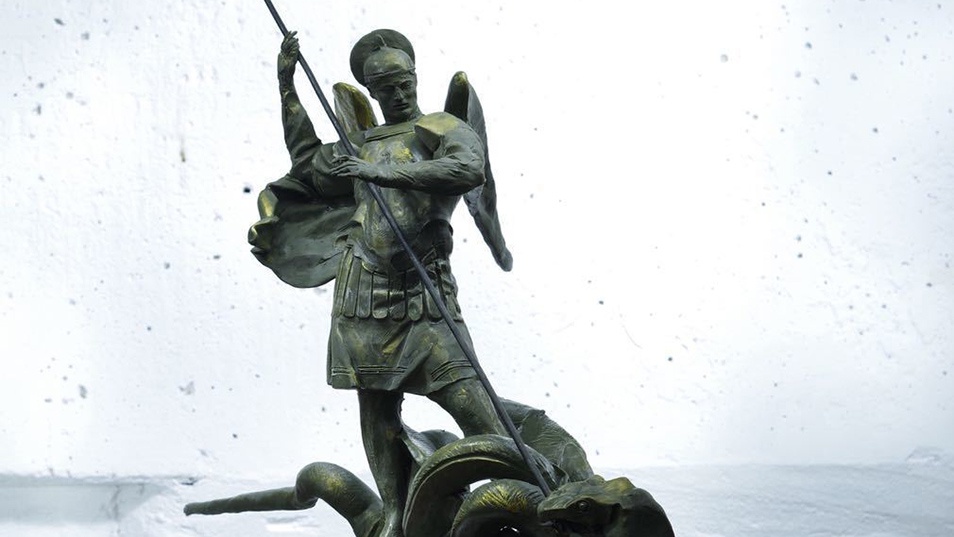 The head of Russia’s Investigative Committee is reportedly seeking donations for the construction of a bronze Archangel Michael statue at the entrance of his agency’s new headquarters in Moscow as religious symbols gain an increasingly prominent place in Russian state institutions.

The Russian Orthodox Church has become a powerful political force since the anointment of Patriarch Kirill as its leader in 2009. Last year, the Russian military began collecting donations for its state-of-the-art military cathedral with six golden domes dedicating to the patron saint of each military branch.

Citing one of Bastrykin’s deputies’ written orders, RBC writes that at least one department had agreed to deduct 1,500 rubles ($22.7) from their paychecks for the 13 million ruble ($200,000) construction effort.

“The figure of the main fighter against lawlessness on a pedestal – trampling a snake with a spear – symbolizes victory of the forces of light over the forces of darkness,” RBC quotes the letter as saying.

The outlet previously reported that construction of the Investigative Committee’s 5.6 billion ruble new headquarters began in 2015 and is scheduled to wrap up in 2019.