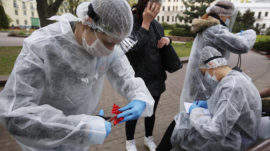 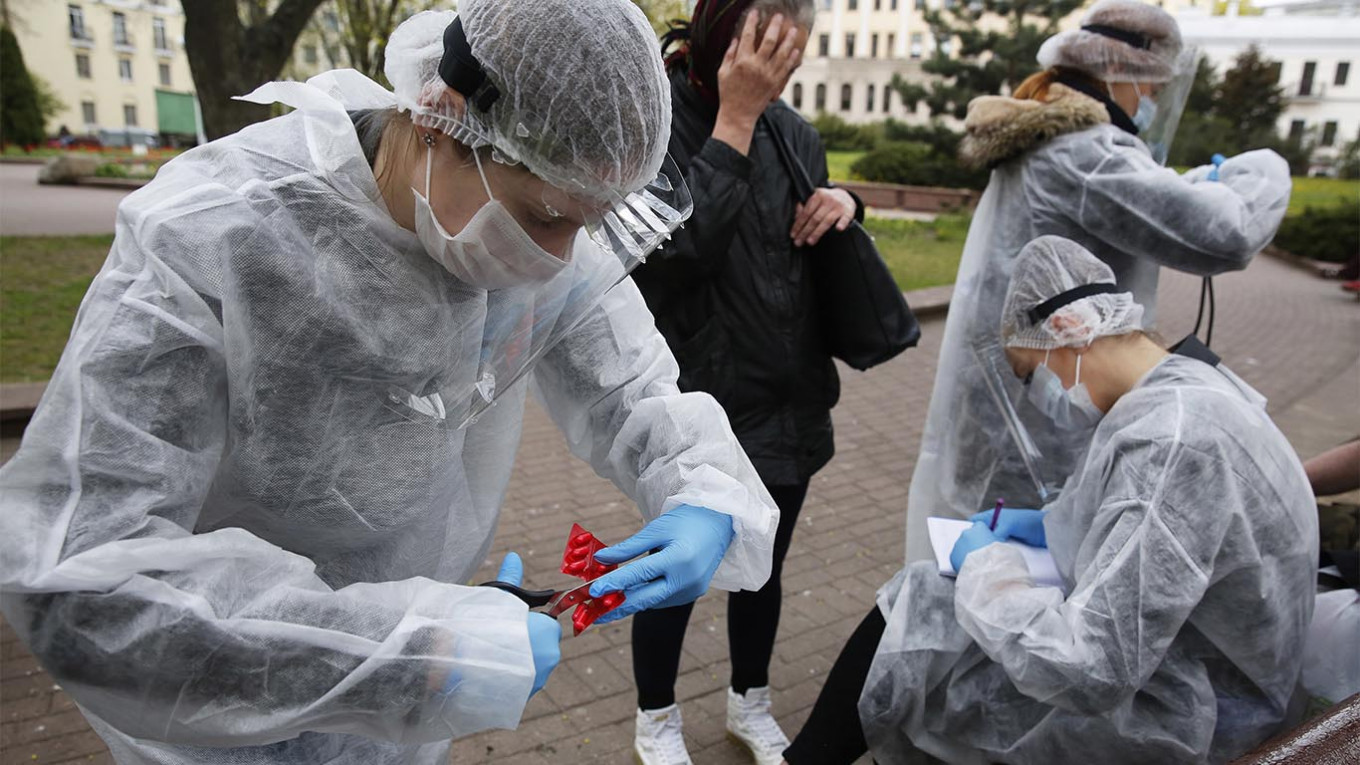 Two of Russia’s post-Soviet neighbors, Belarus and Turkmenistan, have drawn criticism over their response to the coronavirus, with the two countries’ leaders largely denying the severity of the pandemic.

Here’s a brief look at how these two countries in Russia’s backyard have been faring since the start of the outbreak:

— President Alexander Lukashenko, 65, has continued to hold public events and resisted enacting a lockdown to slow the spread of coronavirus, dismissing fears of the pandemic as a global “psychosis.” Lukashenko has not been tested for coronavirus himself because, according to his spokesperson, “there’s no need for that.”

— He has vehemently opposed closing parts of the economy to slow coronavirus, citing a potentially painful recovery for the nation of more than 9 million. Still, the country’s schools and businesses have started to voluntarily close without waiting for Lukashenko’s orders.

— Lukashenko has maintained that none of Belarus’ Covid-19 deaths had been from the disease itself but from other accompanying ailments, including cancer and obesity. In mid-April, the leader who has touted vodka, the sauna and tractors as anti-Covid therapies asserted that “no one will die of coronavirus in our country. I publicly declare this.”

— Lukashenko vowed to hold a military parade in Minsk marking 75 years since the Soviet victory in World War II, and on Tuesday invited fellow heads of post-Soviet states to attend it. Russia postponed its May 9 parade on Red Square to later in 2020 due to the outbreak.

— During Orthodox Easter in April, Lukashenko defiantly attended church service and criticized other countries for trying to enforce stay-home measures. The leaders of other countries with large Orthodox Christian populations did not attend Easter services, with many churches moving them online.

— Gas-rich and secretive Turkmenistan has closed its borders, suspended international travel and restricted domestic travel in an attempt to stop the spread of the virus. Though officially coronavirus-free, uncorroborated reports have claimed that at least seven people have tested positive in a single city as of April 14.

— Around 400 people quarantined in Turkmenistan’s second-largest city were allegedly moved to small provincial clinics and a psychiatric ward ahead of a World Health Organization (WHO) team’s visit, the U.S.-funded Radio Free Europe/Radio Liberty news outlet reported in late April.

— Turkmen leader Gurbanguly Berdymukhamedov has led a series of public events in the midst of the pandemic, including an April 25-26 Horse Day competition attended by thousands of spectators. He has also urged Turkmens to burn a traditional herb and practice the “principles of healthy living” to ward off the virus.

— Without state-imposed lockdown measures, Turkmens like Belarussians are reportedly taking matters into their own hands by limiting contacts, refusing to shake hands and not attending mass gatherings in some cities.

— Berdymukhamedov has also vowed to hold a military parade marking the 75th anniversary of the Soviet victory in World War II. Unlike several other ex-Soviet countries, Turkmenistan has not previously held parades on May 9.