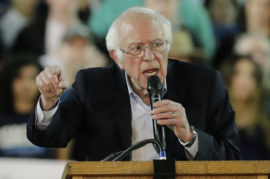 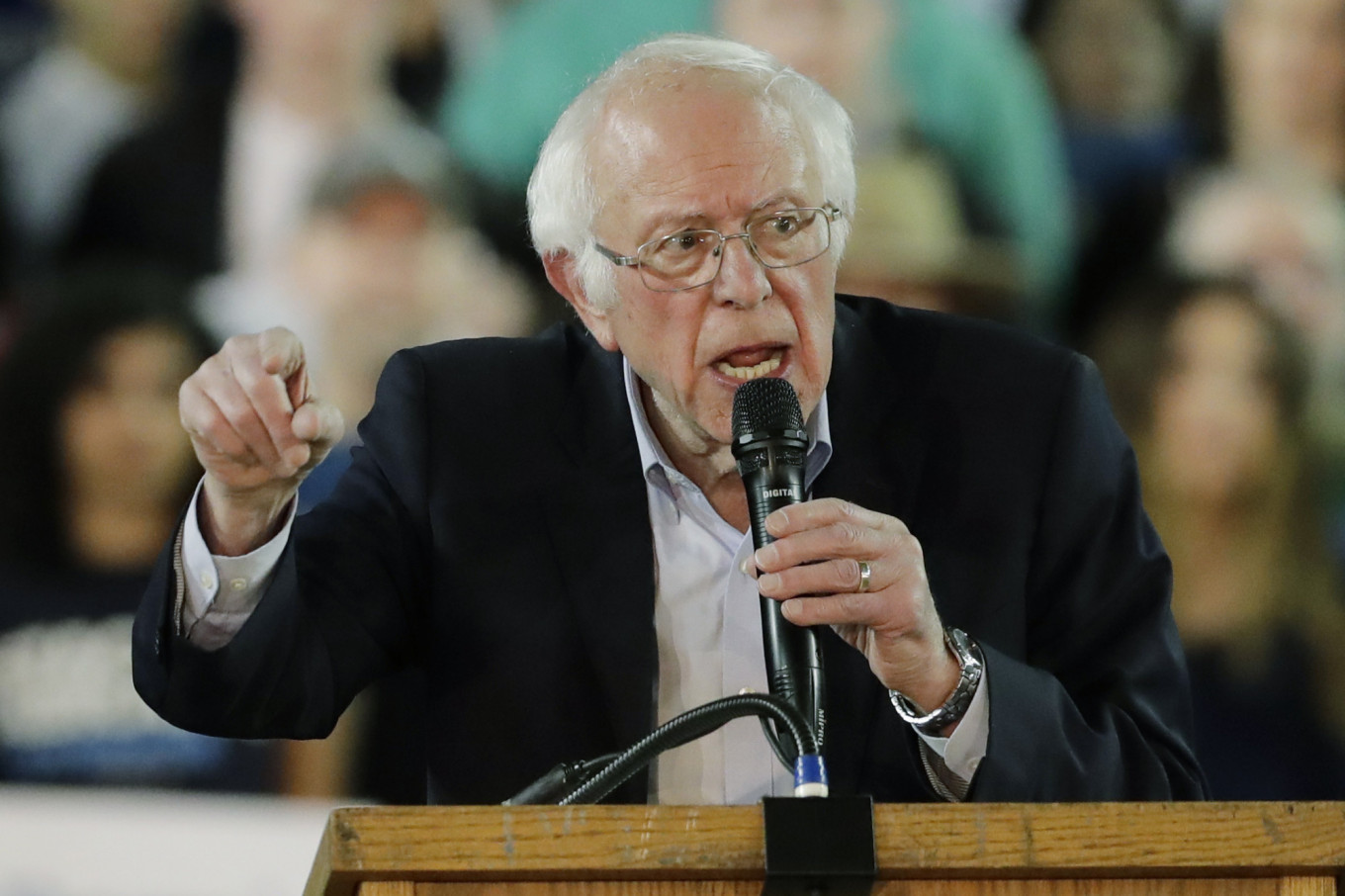 Democratic presidential candidate Bernie Sanders warned Russia on Friday to stay out of 2020 White House elections after U.S. officials had told him Moscow was trying to aid his campaign.

“The intelligence community is telling us they are interfering in this campaign, right now, in 2020. And what I say to Mr. Putin, if elected president, trust me you are not going to be interfering in American elections,” Sanders told reporters in Bakersfield, California.

Sanders, 78, a democratic socialist U.S. senator from Vermont, is considered the front-runner for the Democratic nomination and is favored to win the Nevada caucuses on Saturday.

The Washington Post on Friday, citing people familiar with the matter, said U.S. officials had told Sanders about the Russian effort and had also informed Republican President Donald Trump and U.S. lawmakers.

It was not clear what form the Russian assistance took, the paper said.

A congressional source confirmed intelligence officials have told lawmakers Russia appears to be engaging in disinformation and propaganda campaigns to boost the 2020 campaigns of both Sanders and Trump.

The source, however, cautioned that the findings are very tentative.

Sanders said he was briefed about a month ago. His campaign noted the briefing was classified.

“We were told that Russia, maybe other countries, are going to get involved in this campaign,” Sanders told reporters. “Look, here is the message: To Russia, stay out of American elections.”

“These are more paranoid announcements which, to our regret, will multiply as we get closer to the (U.S.) election,” Kremlin spokesman Dmitry Peskov told reporters. “They have nothing to do with the truth.”

U.S. intelligence officials told members of the House of Representatives Intelligence Committee in a classified briefing that Russia was again interfering in American politics ahead of November’s election, as it did in 2016, a person familiar with the discussion told Reuters on Thursday.

Since that briefing, Trump has ousted the acting intelligence chief, replacing him with a political loyalist in an abrupt move as Democrats and former U.S. officials raised the alarm over national security concerns.

A senior administration official said the nation was better positioned than in 2016 to defend against foreign attempts to influence elections.

“President Trump has made clear that any efforts or attempts by Russia, or any other nation, to influence or interfere with our elections, or undermine U.S. democracy will not be tolerated,” the official said.

Some of Sanders’ rivals for the Democratic nomination said they had neither received similar briefings nor word that Russia was working to boost their campaigns.

U.S. Senator Elizabeth Warren, while campaigning in Las Vegas, said there should be “as much transparency as possible” to block Russia from having “too much influence” in U.S. elections.

Facebook declined to comment on whether it has seen any evidence of Russian assistance to Sanders’ campaign. In October, the company took down Russian-backed accounts that pretended to be from political battleground states.

Some of those accounts used Instagram to praise Sanders. Another used the #BlackLivesMatter hashtag and faulted Biden on race issues.

Jessica Brandt of the Alliance for Securing Democracy, an organization that monitors foreign interference in U.S. politics, said Russian state media and official social media accounts have been working to help Sanders by amplifying conspiracy theories that his Democratic rivals, the Democratic National Committee and the “corporate media” have been “rigging the system” against him.

“We can say with certainty that this is what the Russian government is pushing,” she told Reuters. “We’ve seen for some time Russian official channels promoting division within the Democratic Party.”

Graham Brookie, director of the Atlantic Council’s Digital Forensic Research Lab, which works with Facebook to analyze state-backed information operations, said “Russian influence operations are equal opportunity hyperpartisan, with the overarching goal to drive Americans further away from each other.”

U.S. officials have long warned that Russia and other countries would seek to interfere in the Nov. 3 presidential election, following Russia‘s meddling in the 2016 campaign that ended with Trump’s surprise victory over Democratic rival Hillary Clinton.

U.S. intelligence agencies concluded that the Kremlin used disinformation operations, cyber attacks and other methods in its 2016 operation in an effort to boost Trump, an allegation that Russia denies. Trump, sensitive to doubts over the legitimacy of his win, has also questioned that finding and repeatedly criticized American intelligence agencies.

Mueller found no conclusive evidence of coordination between Russia and the Trump campaign. He also pointed at 10 instances in which Trump may have attempted to obstruct his investigation, as Democrats alleged, but left any finding of obstruction to Congress.