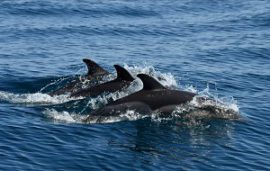 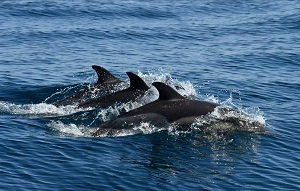 The Shirshov Institute of Oceanology of the Russian Academy of Sciences has started vast field studies of the Black Sea dolphins, with support of Rosneft Oil Company. The marine expedition took off from Sochi. Following a shipboard phase, scientists of the Shirshov Institute of Oceanology are to take on special research of a part of the coastal waters from a Mi-8 helicopter. 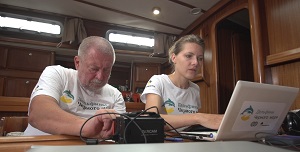 This is the second season of the Rosneft-financed research aimed to obtain relevant data on the dolphins of the Black Sea. The first Black-Sea dolphin research expedition of the Shirshov Institute of Oceanology took place in September 2018.

Rosneft delivers a special focus on environmental monitoring in the areas of its operation while arranging and performing its production activities. The Black Sea region is not an exception. Protection of the environment is an integral part of the Company’s corporate culture. Rosneft is doing whatever it takes to ensure environmental protection, preservation and restoration of natural resources.

In 2018, Rosneft initiated a three-year comprehensive project “Study and Monitoring of Marine Mammals as an Indicator of the Sustainable State of the Black Sea Ecosystems.” The project’s contractor is the Shirshov Institute of Oceanology of the Russian Academy of Sciences. Complex studies of the Black Sea dolphins have not been carried out by scientists since the 1980s due to the lack of sufficient funding. 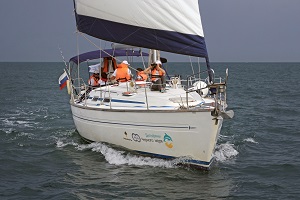 In June, specialists of the Shirshov Institute of Oceanology plan research in an exclusive economic zone of up to 180 km off the shore, in the area between Adler and the Kerch Strait. Following that, the group will study the territorial waters (12-miles coastal region) of that very area.

The project leader, Ph.D. in Biology Vera Krasnova said that, during the first stages of the project, employees of the Shirshov Institute of Oceanology managed to collect a sufficiently large amount of unique material on the Black Sea cetaceans, but research should be regular in order to develop specific recommendations for monitoring and preserving those animals.

The environmental activities of Rosneft Oil Company take on an interdisciplinary approach and comprehensive research by representatives of various branches of science—oceanology, geology, marine biology—as well as study the animal species being indicators of the state of the ecosystem.

In the Arctic region, the Company as the largest resource user on the Russian shelf conducts studies of polar bears in areas of prospective development of hydrocarbon deposits during the annual research expeditions Kara-Winter and Kara-Summer. The polar bear is one of the key indicators of the sustainability of the Arctic ecosystem.

Also, during its Arctic expeditions, Rosneft conducts an associated observation of marine mammals and birds of the northern seas.

The Company supports programmes to study and preserve populations of the Amur tiger, the wild reindeer in Evenkia, the Siberian sable, and the Atlantic subspecies of walrus.