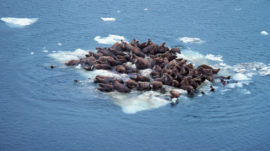 The ice cover in the Bering Sea is at its lowest on record for this time of year after losing an area about the size of Montana at the height of winter. It’s the second consecutive year that the ice extent in the area has retreated at record pace.

It shrank from 566,000 square kilometers (219,000 square miles) to 193,000 square kilometers between Jan. 27 and March 3, according to scientists at the National Snow and Ice Data Center in Colorado.Low ice levels impact local communities who rely on the ice to hunt for walrus  and other wildlife during the winter, and the unprecedented change could also impact feeding habits of Arctic animals. And while that’s alarming to environmentalists concerned about global warming, ship owners carrying liquefied natural gas and other goods see it as an opportunity. 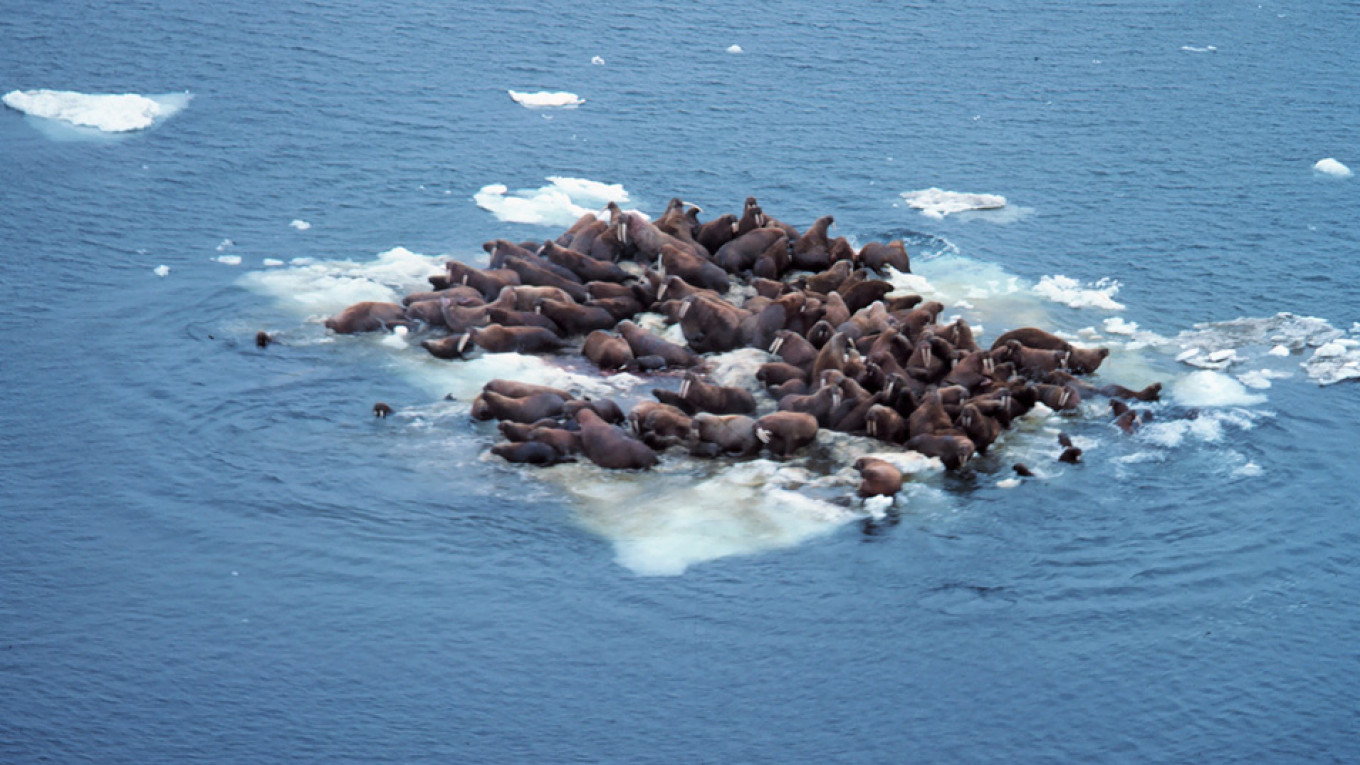 The Bering Sea is more susceptible to temperature fluctuations during the winter when thin ice moves further south and melts, but this year has been “extreme,” the boffins said.

“A major cause of the ice loss is the strong low pressure in the Bering Sea and the high pressure over northwestern Canada,” the researchers said. “Strong winds between these pressure centers drew warm air into the region from the south, inhibiting ice growth in the Bering Sea while also pushing ice to the north.”

Trucks Sink into Icy SIberian River, Get Stuck For Weeks

Elsewhere in the Arctic, sea-ice extent during February was at the seventh lowest on record and on a par with 2015 levels. But the scientists in Colorado aren’t ready yet to call the end of the growing season.Thinner ice allows Russia’s Novatek PJSC to transport LNG cargoes from its Yamal plant directly to Asia, the biggest consumer of the fuel, rather than sell or transfer them in western Europe.“Every month of the year is tracking below average right now,” said Julienne Stroeve, Professor of Polar Observation and Modelling at University College London. “The decline in the Bering Sea is quite percipitious, we haven’t seen this before.”

It’s too early to tell if this year’s melt can be attributed to global warming, but there is the “longer reflection that sea ice cover is getting thinner,’’ she said.

For The Kremlin, Ukrainian Election a Choice Between Lesser of Three EvilsGays Should Be ‘Cured,’ Russian Lawmaker Says