See Death and Life in Dzerzhinsk 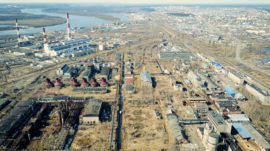 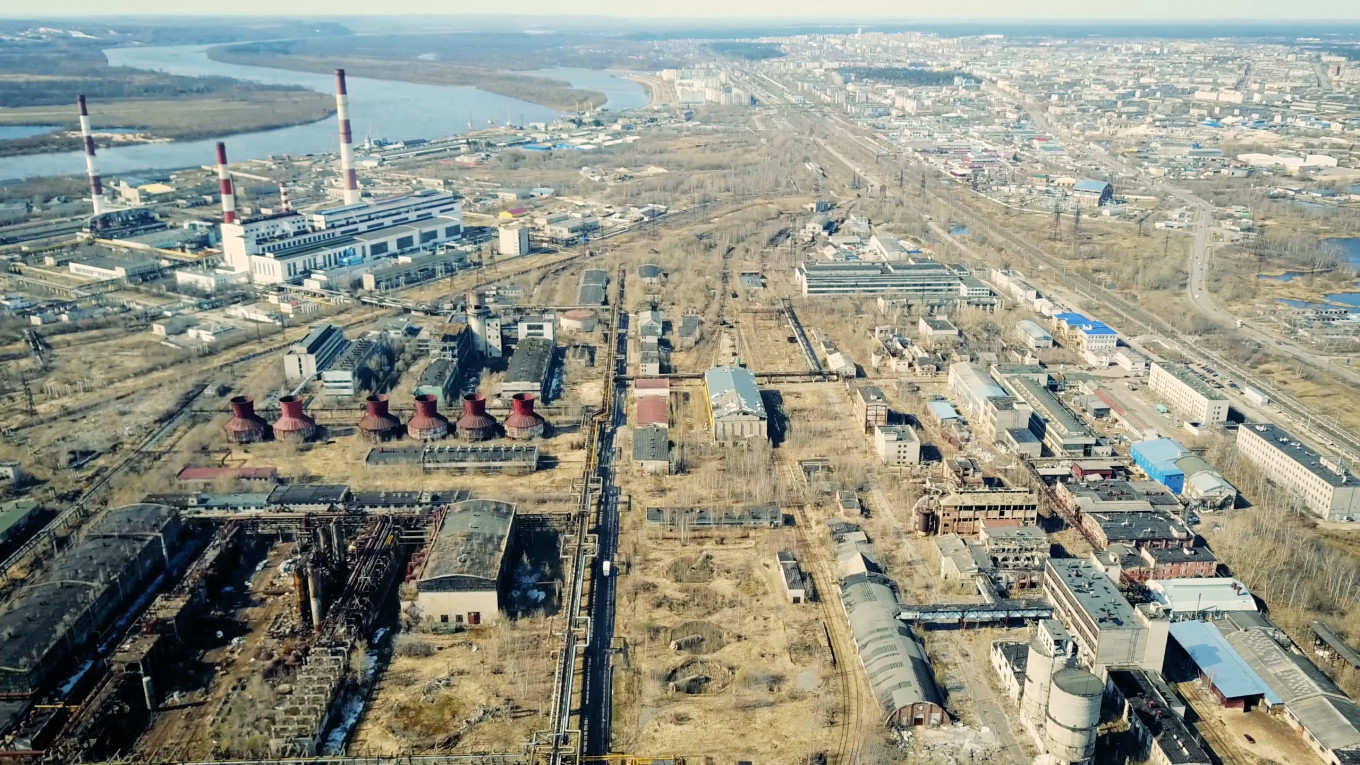 In a famous essay written shortly after the Second World War, Martin Heidegger draws a distinction between ancient and modern technology. Ancient technology is “gentle” insofar as it exemplifies a certain harmony with the environment. Modern technology is “violent” to the extent that it exhibits little regard for life-sustaining ecosystems. And in his “Industrial Zone” show at the Moscow Museum of Modern Art (MMOMA), Pavel Otdelnov captures the violence of modern technology and calls for a gentler relation to the natural world.

“Industrial Zone” depicts the danger of modern technology through a series of found objects, video installations, and paintings that Otdelnov collected or produced in the city of Dzerzhinsk, which is about 400 kilometers east of Moscow. It was the center of the Soviet chemical industry. And it happens to be the ancestral home of Otdelnov’s family.

Family legacy
Otdelnov’s exhibition opens with a room that explores the life his grandparents lived while working in a plant that covertly produced chemical weapons during World War II. In his notes on the exhibit, Otdelnov describes laboring in this factory as “extremely hazardous and taxing,” and he details a scene in which his grandmother regularly boiled the bedsheets to clean the stains that came from the chlorine in her skin.

Since the plant Otdelnov’s grandparents worked at was both a state secret and partially destroyed by an explosion in 1960, Otdelnov’s art draws mainly from old newspaper clippings and film-strips that were stored in the factory’s bomb shelter. In fact, most of the paintings in the initial part of the exhibit are eerie gray-scale reproductions of the few remaining traces of the plant and the people who worked there.

The existence of a bomb shelter speaks to the constant threat posed to Otdelnov’s grandparents, but Otdelnov notes that his grandfather’s memories were “filled with laughter.” And in a moment of dark Russian humor, Otdelnov explains that the emergency procedures which were designed for an enemy attack were actually best used against “the real danger that came from the chemical plants themselves.”

Art of disaster
Of course, the danger that came from chemical production was not restricted to the workers. So, in a 30-minute documentary, two overlapping video installations, and several paintings done in fine Soviet style, Otdelnov highlights the environmental degradation that plagues Dzerzhinsk to this day.

The documentary tells the story of several people who worked in Soviet chemical plants and survived, and it oscillates between rather intimate interviews, images of abandoned factories, and panoramas of the damage done to Dzerzhinsk’s coniferous landscape.

Otdelnov’s video installations use the latest satellite and drone technology to indicate the scale of Dzerzhinsk’s ecological crises. The footage begins at a bird’s eye view and exposes the scars left on the earth’s surface after years of illegal chemical dumping. As the cameras zoom in, the scars give way to pictures of tailing ponds (ponds that contain the refuse from the industrial process) that are both rich in color and perversely beautiful. But at ground level, we are presented with lifeless forests and poisoned rivers which will take much political will (or millennia) to revive.

In a superb painting entitled “Hazard,” Otdelnov exhibits Dzerzkinsk’s poisonous environment by setting a realistic barbwire fence against a foreboding, Rothko-esque background. The fence is meant to keep the local population away from a sinkhole that the Guinness Book of World Records has labeled “the most polluted lake in the world.” But Otdelnov explains that the barbed wire is not enough to keep “extreme tourists” from visiting and then leaving their radioactive boots behind.

Alas, this extreme tourism hasn’t saved Dzerzkinsk’s economy, and Otdelnov’s most powerful paintings are collected in a set of rooms that detail the ruins of industrial buildings that didn’t survive the transition from Soviet communism to free-market capitalism in the 1990s.

Two paintings in particular standout: “Gasholder” and “Shop 538.” “Gasholder” depicts a rusted-out and collapsing diesel tank in the foreground and a sullen, late-autumn sky in the background. “Shop 538” consists in an abandoned six-story factory with broken windows set in an abstract winter scene. Both the tank and factory are lonely, lifeless figures, and they evoke a wistfulness that would otherwise be reserved for the loss of an old home.

Nature fights back
Life, however, has not been entirely excluded from Dzerzkinsk’s industrial ruins. In fact, Otdelnov’s final video installations focuses on the way nature is clawing its way back through the cracks of what were once mighty factories.

Here the violent potential of modern technology no longer seems so threatening, and by highlighting traces of life in the wreckage of modernity Otdelnov subtly calls for a return to an ancient harmony between human technology and the natural world.

“Soviet history,” as Otdelnov puts it, “is turning into the ruins of antiquity.” And while he tells us “his project is about oblivion,” he ultimately sees “trees growing through concrete and nature reclaiming the land.”

“Industrial Zone” is on display at MMOMA until March 10.