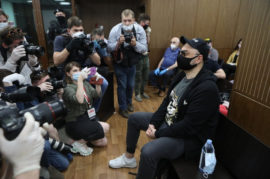 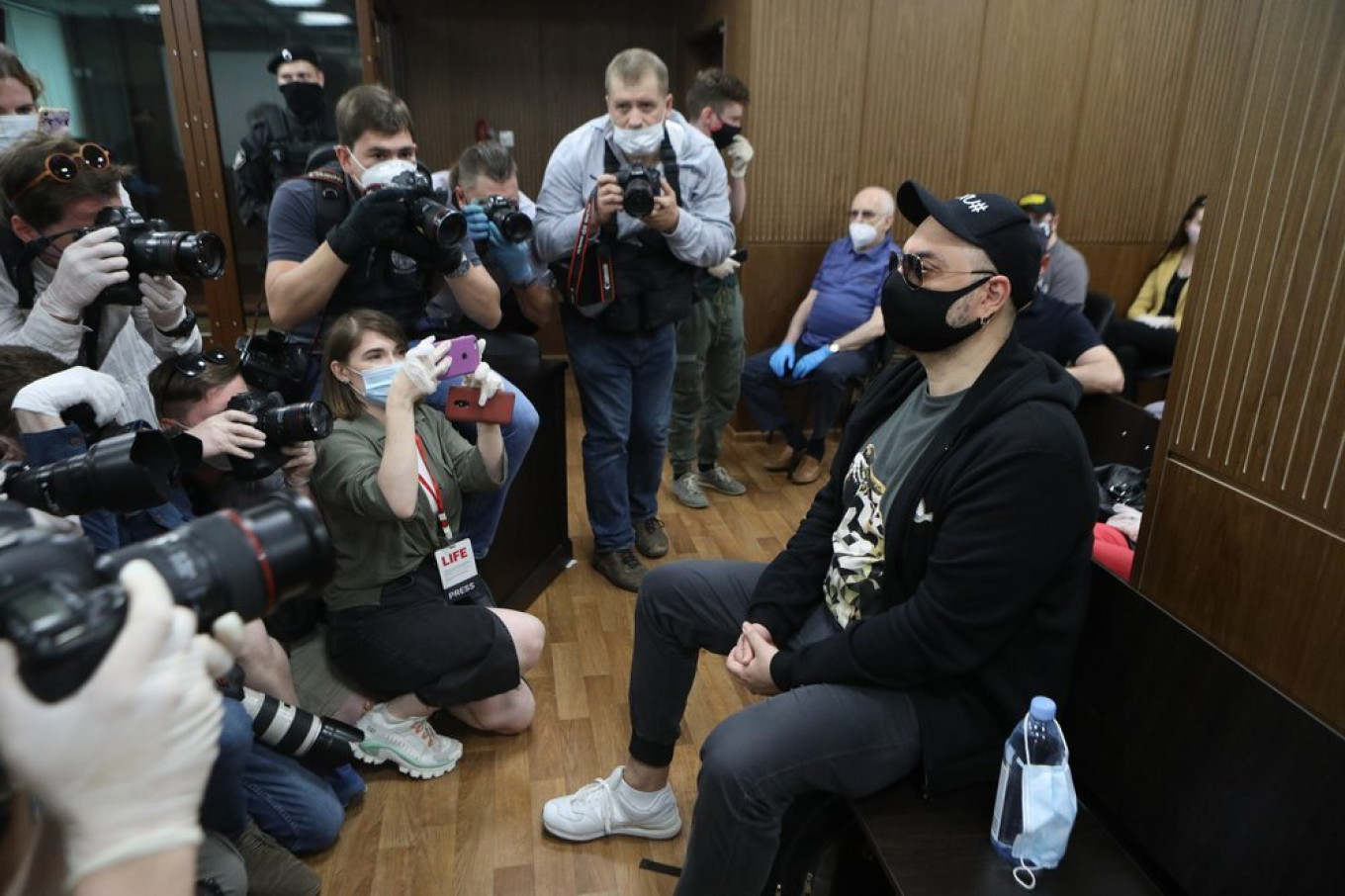 A Moscow court has handed a suspended sentence to prominent theater director Kirill Serebrennikov, a surprise legal victory in a fraud case his supporters say was politically motivated and a test of artistic freedom in Russia.

Suspended sentences are widely seen as the lightest punishment in Russia’s legal system, which rarely issues not-guilty verdicts. The sentencing was met with applause by the hundreds of supporters gathered outside.

Apfelbaum, meanwhile, had her charges downgraded to negligence and freed her from paying a fine due to a statute of limitations.

All co-defendants had pleaded not guilty.

Several hundred supporters of the case’s co-defendants, including famous rapper Oxxxymiron, several popular actors and other cultural figures, had gathered outside the court building ahead of the verdict.

Serebrennikov, 50, was detained in August 2017 on charges of creating an organized criminal group with his colleagues and embezzling more than $2 million of state funding for a theater project called Platforma.

The so-called “theater trial” has drawn controversy as critics say the case is a political set-up.

In 2012, Serebrennikov was appointed as the director of the small state-funded Gogol Center, which he turned into one of Moscow’s best theaters and a favorite of the liberal intelligentsia.

Yet Serebrennikov’s work has angered cultural conservatives in Russia who see his frequent use of onstage nudity and obscene language, as well as modern adaptations of classics, as a step too far.

The prominent director calls the charges “absurd” and maintains that the money was used properly.

Serebrennikov, Itin and Apfelbaum were released on bail in April 2019 after a year and a half spent under house arrest on the criminal fraud charges.

A Moscow court ordered in 2019 to re-try the case over mistakes in the previous guilty verdict. Observers speculated at the time that the case could be thrown out or the charges mitigated.

The prosecution’s key witness earlier in June claimed giving her testimony under duress, joining three previous witnesses in claiming that they had been pressured to testify against former colleagues.

The embezzlement trial attracted international attention and calls for his release everywhere from Hollywood to Cannes.

“The state’s leap to criminal embezzlement charges seems to be a thinly veiled way to retaliate against Serebrennikov for his political criticism and to send a chilling message to other artists,” the groups said.