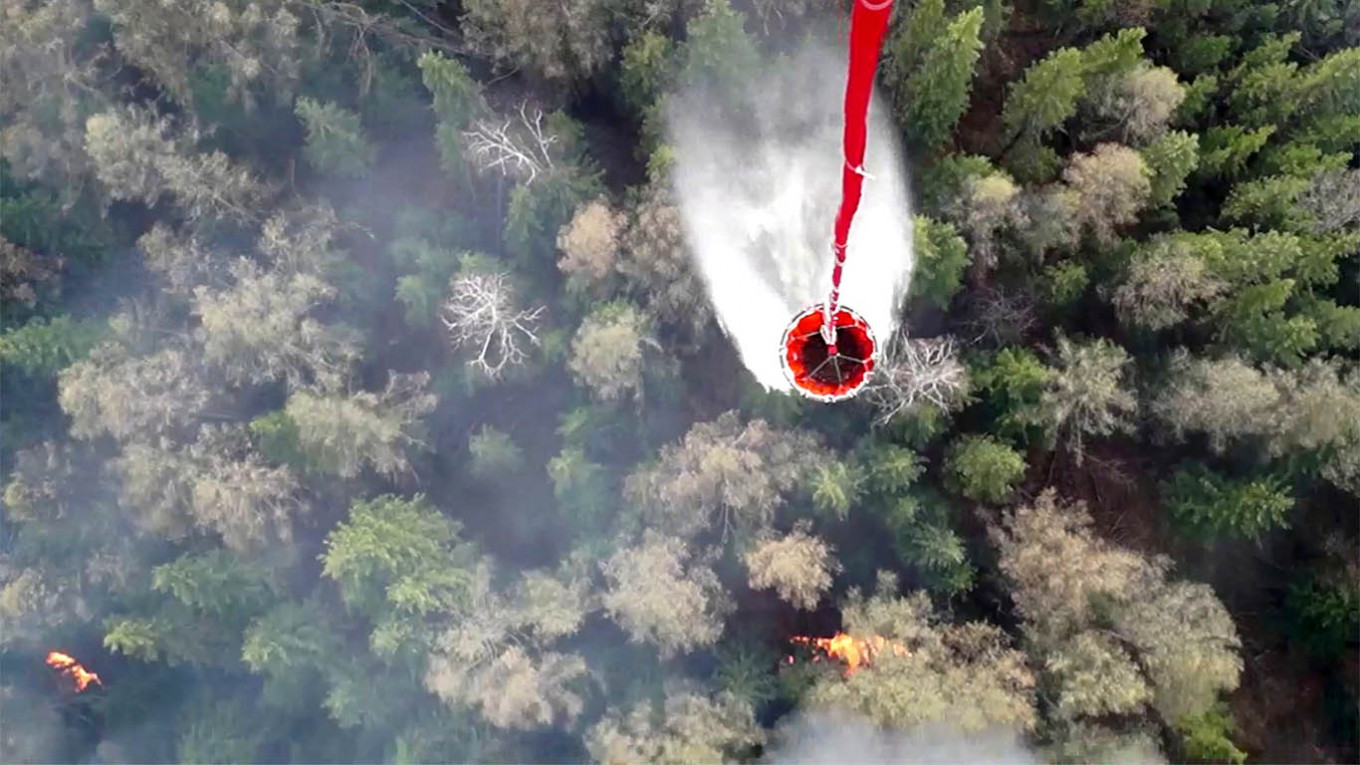 The mayor of a remote Siberian town has accused four district officials of attempting to start wildfires after catching them with gas canisters near his property, local media reported Wednesday.

The four officials from the Ust-Kutsky district in the Irkutsk region said they were on assignment to film reported burn sites, according to a series of videos posted by local media. One of the officials appeared in the videos hunched over with a bleeding face, which the videos’ authors said was the result of him falling on a log.

“They went into the forest. For what? To set a fire and put on a show that Dushin’s forest is burning,” Alexander Dushin, the mayor of the town of Ust-Kut located in the district, claimed in the video.

Regional investigators said they will inspect an unnamed municipal district official for abuse of authority after he was spotted near the site of burning dry grass, the state-run TASS news agency reported Wednesday.

The four officials have gone missing in the 24 hours since the incident, the district’s chief of staff Marina Kosygina told TASS. “We assume that Dushin is holding them by force,” she was quoted as saying.

The Ust-Kutsky district, more than 5,000 kilometers east of Moscow, on Tuesday announced that police and National Guard troops have stepped up patrols to prevent forest fires.

Nine Siberian regions including Irkutsk have so far been affected by the wildfires, which were set by locals to dry grass and pushed out of control by strong winds, according to NASA’s satellite technology.

The Irkutsk region accounts for one-tenth of the almost 61,000 hectares (150,000 acres) of forest currently burning in Siberia, according to the Russian government’s Aerial Forest Protection Service, Avialesookhrana.

Greenpeace Russia forecasts that the wildfires, which started a month earlier than usual this year due to a dry winter, could become the most destructive since the beginning of the century.