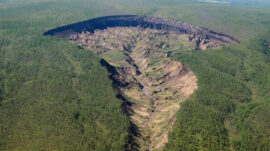 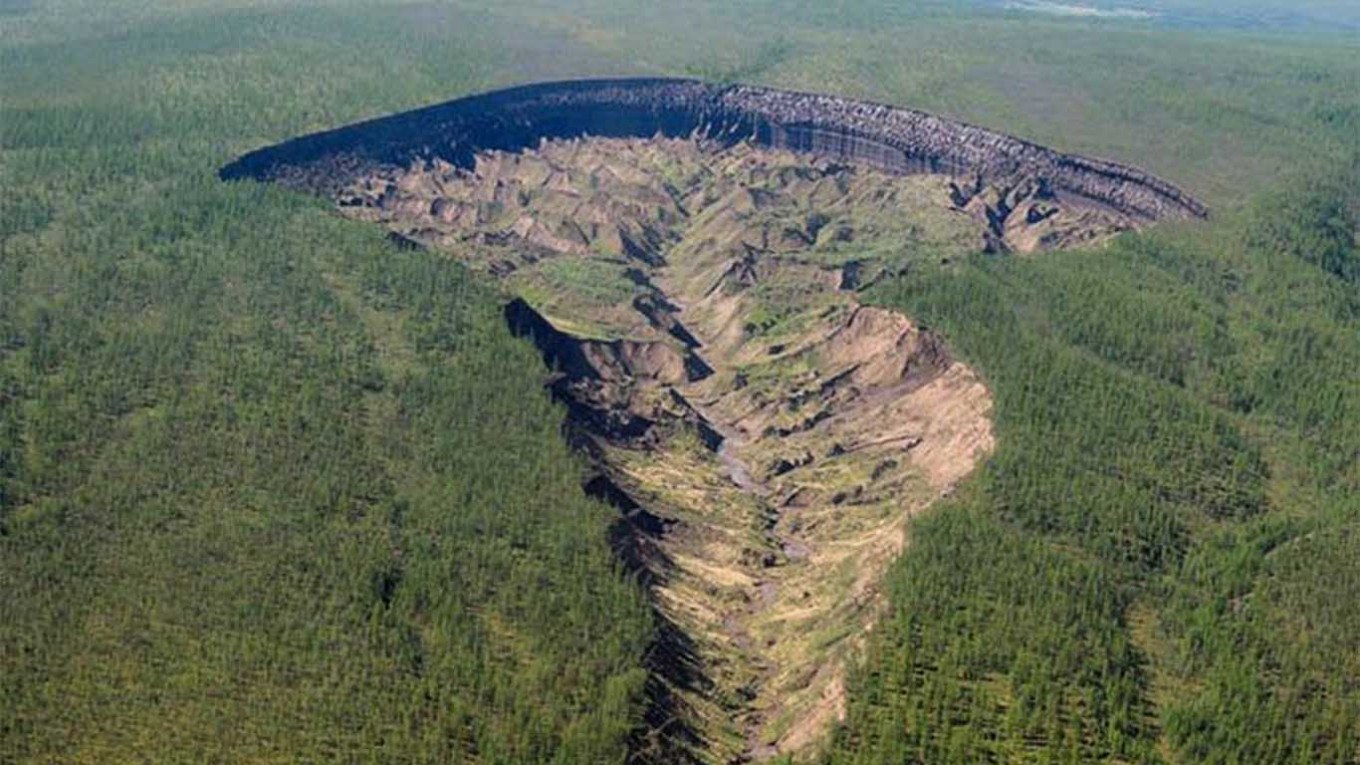 Record-setting summer temperatures across Siberia are opening up the Batagaika megaslump, which locals call the “gateway to the underworld,” at an unprecedented pace, scientists say.

The Batagaika crater in the eastern Siberian republic of Sakha appeared in the 1960s after forest in the area was cleared, causing the land to sink. Currently the world’s largest megaslump at about 1 kilometer in length and 100 meters deep, it continues to grow in size and depth as climate change melts the fast-heating region’s permafrost layer.

Batagaika’s diameter is now advancing outward at roughly 12 to 14 meters per year, Science magazine cited University of Potsdam permafrost researcher Frank Guenther as saying last week. Before 2016, it had advanced at 10 meters per year he said.

As the crater expands, scientists and archaeologists are discovering well-preserved remains of animals and plants that have been extinct since the Ice Age. The site also offers insight into 200,000 years of climate data.

Extreme heat again on the fringe of Arctic.

We are looking at temperatures 15-20 °C warmer than normal in Northern Siberia for consecutive days.

Wildfires continue to rage and sea ice continues to deplete.

Kseniia Ashastina, a paleobotanist at the Max Planck Institute for the Science of Human History, told Science magazine that local indigenous groups fear the crater, saying “it’s eating their land, swallowing up the trees and their sacred places.”

The news comes as Russia’s Arctic and Siberian regions, already warming at a faster rate than the rest of the world, face a historic summer heat wave accompanied by wildfires, fuel spills, crop failures and more.

The town of Verkhoyansk, located 75 kilometers from Batagaika and one of the coldest inhabited places on Earth, saw temperatures hit 38 Celsius, the hottest temperature ever recorded in the Arctic, in June.

In late May, a fuel tank owned by a subsidiary of Norilsk Nickel leaked 21,000 metric tons of diesel fuel into a river near Norilsk in what has been described as the worst-ever fuel spill in the Arctiс. The company has linked the spill to melting permafrost beneath the tank’s supporting pillars which caused the tank to crack.

As temperatures continue to rise, scientists say climate change-induced processes like the ever-expanding crater of Batagaika will grow even more intense.

Ice cover in the Arctic Ocean hit an all-time low for this time of year on July 15, according to the National Snow and Ice Data Center, with the coast of Siberia hit hardest. The Northeast Passage, a sea shipping route connecting Europe with Asia, was free of ice as recently as two weeks ago. Last year, it took until late August for the route’s ice cover to melt.

And as permafrost melts, it also releases methane and other greenhouse gases, adding more fuel to the accelerating rise in temperatures.