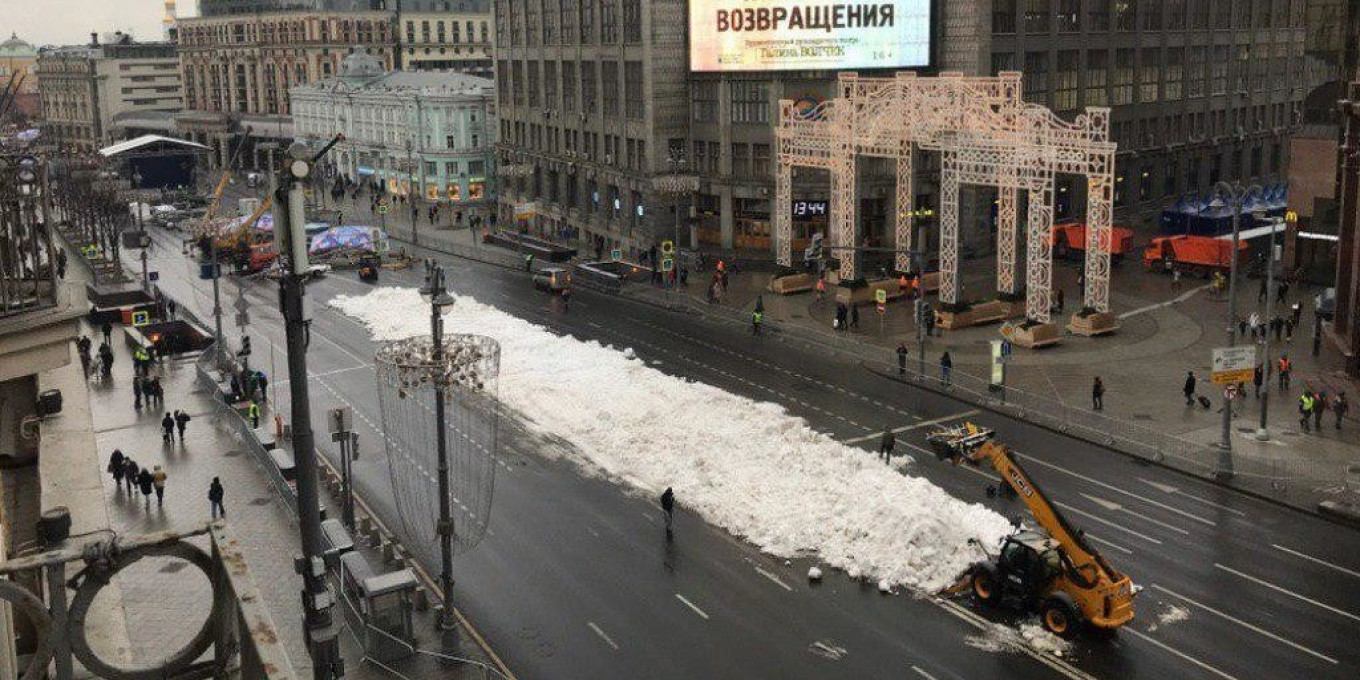 Russia‘s first plan to adapt to climate change is a tardy but much-needed acknowledgement of the risks and opportunities presented by global warming, although it lacks concrete action to address the increasingly evident threats, analysts said.

The document, published this month on a government website, said climate change would have a significant and growing influence on Russia‘s “socioeconomic development, living conditions and human health, as well as on the state of economic infrastructure.”

Russia would need to adjust to an increase in droughts, heavy rainfall, flooding, forest fires and infectious diseases, and should start teaching climate change in schools, it said.

Given the “increasing vulnerability” of the population and economy to extreme weather and climate impacts, measures to adapt would be of “strategic importance,” including “making use of” new economic opportunities, it added.

The fossil fuel-rich nation could reap advantages from higher temperatures and melting ice, including less use of energy for heating, increased access for shipping in the Arctic and an expansion of agricultural production, it noted.

But climate change experts said the new framework was too general and did not require authorities to take real steps in the near term – even as the effects of climate change are becoming more apparent.

Alexey Kokorin, head of the climate and energy program at green group WWF Russia, said adaptation to a warming climate was “so evidently a necessity.”

The negative consequences of climate change were “already quite strong” for Russia but it had yet to work out how “to take advantage of the positive ones,” he added.

Temperatures in Russia have risen 2.5 times faster than the global average since the mid-1970s, according to the document.

Roman Vilfand, acting head of Russia‘s Hydrometeorology Center, noted this month that temperatures across the country were far above normal levels, including 20 degrees Celsius higher than average in Siberia, one of the world’s coldest places.

Moscow’s authorities were even forced to bring in artificial snow for New Year celebrations during the Russian capital’s warmest December since 1886.

Russia‘s Economic Development Ministry said the plan, which it produced, would lay the foundations for a national strategy to adapt to climate change, while raising public awareness of the issue.

“It will also emphasize that the Russian Federation is ready to make efforts and systematically deal with the fight against climate change,” the ministry said in a written comment.

The document outlines a framework for national adaptation, mainly through legislative amendments and drafting of plans for regions and economic sectors over the next three years.

The ministry plans to start developing and costing detailed measures only in late 2022.

“Regions are not really required to do anything over the next few years — it is a very unambitious document,” said Georgy Safonov, associate professor at the Higher School of Economics in Moscow.

Until recently Russia had no coordinated policy on climate change adaptation and most of its responses to weather disasters were “reactive,” he said by email.

In a social media post, Russian youth climate activists in the Fridays for Future group welcomed the new plan but said “as always, the Russian government is in no hurry and is turning a blind eye to the skyrocketing average temperature on the planet.”

While acknowledging that the world is heating up and climate change poses a serious threat to Russia, President Vladimir Putin expressed doubt over whether climate change is man-made at his end-of-year press conference.

Russia’s greenhouse gas emissions have declined significantly since 1990, mainly due to plummeting industrial production after the collapse of the Soviet economy.

In recent years there has been a minor increase in emissions, but they are still about 30% lower than 1990 levels.

The country’s emissions reduction target for 2030, set in 2015, is to limit greenhouse gases to 70-75% of 1990 levels, which analysts consider unambitious and insufficient to help meet global targets to curb warming.

WWF Russia‘s Kokorin emphasized the need for a sharper focus on cutting greenhouse gas emissions. “Adaptation has clear limits and we are not far from these limits,” he said.

The new adaptation framework will form part of wider climate legislation, including a long-term low-carbon strategy, set to be adopted later this year, after Russia formally joined the Paris climate accord last September.

Meanwhile, the government has publicly stated that it hopes to capitalize on greater access to Arctic shipping routes and natural resources — including oil, gas and minerals — as Russia’s frozen north heats up.

The amount of land available for growing crops is also set to increase, the adaptation plan said, while livestock breeding could become more efficient and boreal forests grow faster.

But WWF Russia‘s Kokorin warned of “pitfalls” and a risk of negative feedback cycles. They include faster warming caused by melting permafrost which releases large amounts of methane, a potent greenhouse gas.

Any boost to forest growth could be outweighed by forest fires and unsustainable logging, Kokorin added.

And damage to agriculture from hotter temperatures was likely to be larger than the benefits, with soils poor in the warming north and droughts hitting the south, he said.

“Yes, (climate change) is positive for the Russian north, but it will be very small compared to the south, where the negative effects will be more significant,” he said.