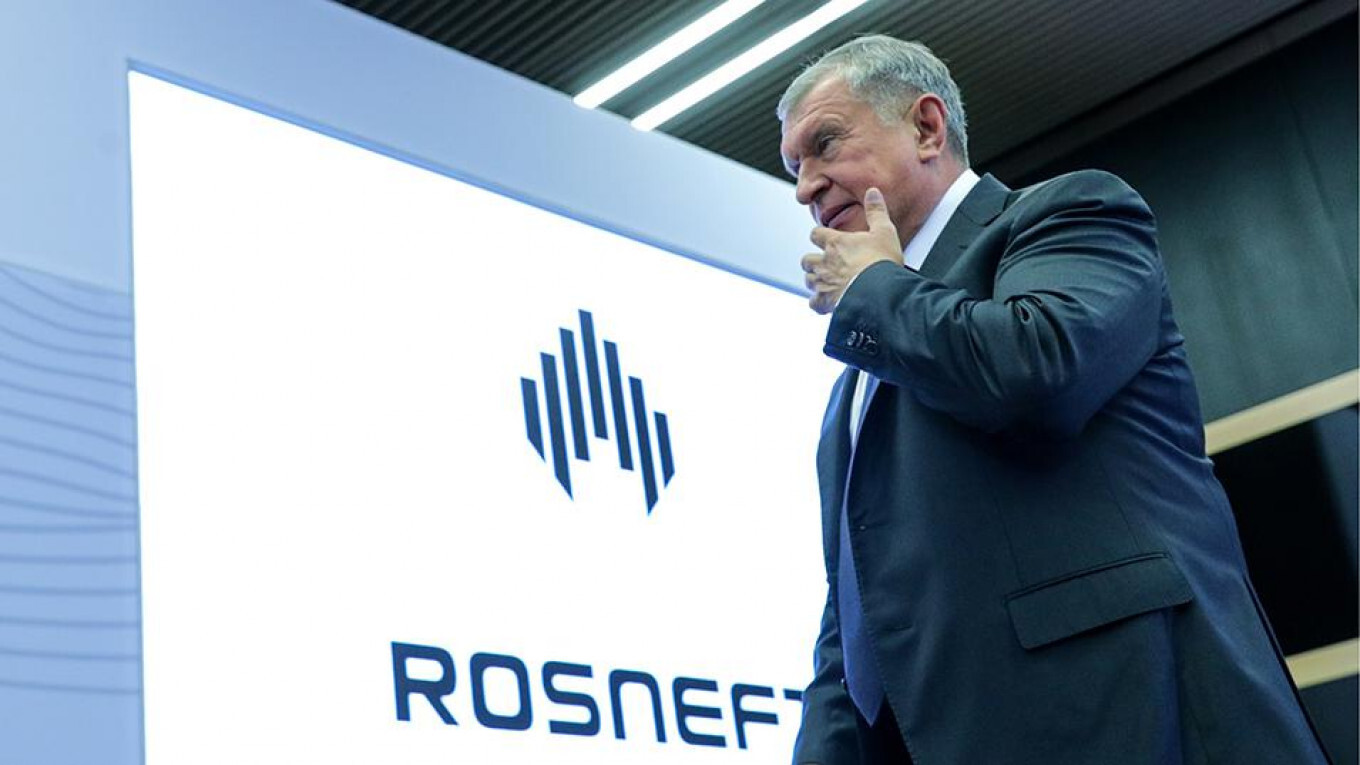 Now, reporters at the country’s top liberal business daily Vedomosti — shaken in March by an announcement from owner Demyan Kudryavtsev that he planned to sell the newspaper — have denounced censorship under its new acting editor-in-chief.

Andrei Shmarov was appointed in late March, ahead of the sale’s completion. Journalists say they were barred from covering negative opinion polls of Putin, and that editors interfered in coverage of Rosneft.

On Friday, the new owner was announced as the head of a little-known regional news agency called FederalPress, Ivan Yeryomin.

An investigation in May by several Russian news outlets including Vedomosti revealed that Rosneft leveraged control over the paper through debts owed by owner Kudryavtsev to the oil giant’s bank.

Kudryavtsev denied these allegations while Rosneft has not reacted.

“The real owner is Rosneft through a chain of debt,” said Vedomosti editor-at-large Maxim Trudolyubov, who has worked at the paper since it started in 1999.

Trudolyubov said the new editor-in-chief was “selected to run the newspaper favorably to the new owner.”

“They just wanted to silence it.”

He described Rosneft chief Igor Sechin as “some sort of a hitman” employing aggressive tactics.

“He plays a complicated game of takeovers to build his empire at the expense of other oligarchs. It’s about assets, money, influence.”

The newspaper wrote in a recent editorial: “Vedomosti will just become another dependent and controlled media outlet.”

On Friday, the newspaper wrote that the change of ownership deal undoubtedly had “not only commercial aims.”

Its editorial suggested that “unnamed figures who really stand behind the official buyers… see the publication as an instrument of influence, not a business.”

“This is a public humiliation of the Vedomosti brand and its editorial staff,” Galina Timchenko, editor-in-chief of Meduza news site, told AFP.

In May, it was the turn of another respected business daily, RBC. Rosneft is suing the newspaper for a record 43 billion rubles ($612 million) over an article about the oil company’s activities in Venezuela.

“We aren’t worried, because we know our work is correct and honest,” said Timofei Dzyadko, an energy reporter at the newspaper.

But Pyotr Kanayev, the RBC editor-in-chief, said the lawsuit was surprising.

“We published (an) article based on public information and we’re not the source of this information,” he said.

The news coverage at RBC “doesn’t serve anybody’s interests, only our audience,” he told AFP.

A legal defeat against the oil giant would deal the media outlet a serious blow.

The two decades of Putin’s rule have seen all the national television channels as well as a number of radio stations and newspapers pass into the hands of Kremlin-friendly owners.

In one of the most high-profile takeovers, NTV television, known for its independent stance in the 1990s, was taken over in 2001 by the media arm of the state gas giant Gazprom.

Vedomosti’s independent editors and reporters covered the businesses beginning to emerge from the ashes of a severe financial crisis in 1998.

Editors at the newspaper have been lauded for mostly keeping at bay pressure from the Kremlin and private business interests.

While traditional media has come under increasing pressure, new media projects are mushrooming online, such as news sites Meduza and The Bell and numerous YouTube projects such as the video channels of opposition leader Alexei Navalny.

“Russian independent media does still operate (and is) more successful now than it has been in a while,” said Trudolyubov, describing such new projects as “quite promising.”

As for Vedomosti, its journalists now have a choice: they must either quit or conform, observers have said.

“I can barely imagine a way the Vedomosti journalists can hold for a long time,” said Trudolyubov.