Sponsored by Rosneft, Russian Culture Festival is Held in Japan 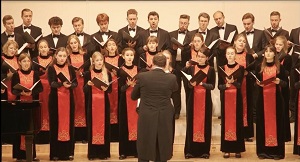 The Russian Culture Festival sponsored by Rosneft Oil Company is taking place in the cities of Japan.

The Festival in Tokyo has already featured the opening ceremony for the First Museum of Russian Contemporary Realistic Art. Also during the Festival, which will last until December 15, 2019, people will see performances by the Mariinsky Theatre Orchestra under the direction of conductor Valery Gergiev, pianist Daniel Kharitonov and the State Academic Symphony Orchestra of Russia, St. Petersburg State Academic Ballet Theatre of Boris Eifman, artists of the St. Petersburg Circus, and the Chamber Choir of Moscow Conservatory. In addition, various themed competitions, feature films, and other events will take place during the Festival. 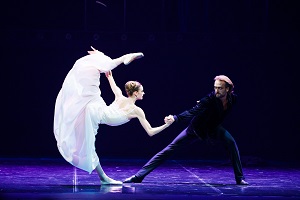 The Festival is part of the Russian-Japanese Cross Year, which is intended to give a powerful positive impetus to the relations of the two countries through cultural, scientific, technological, and other events.

The programme of the Festival includes 36 different events, such as the Closing Ceremony of the Cross Year, which will be held on June 29 in Osaka.

The annual Russian Culture Festival has been held in Japan upon an initiative of Russian president Vladimir Putin, for the fourteenth time since 2006. Over 13 years, more than 530 events took place within its framework, visited by more than 17 million people.

It is a tradition for Rosneft to strongly contribute to the social and economic development of the Russian Federation by supporting ambitious projects to revive spiritual and national values while driving scientific development, culture, industry, education, and sports.

Rosneft cooperates with the Pushkin State Museum of Fine Arts in Moscow. Within the framework of the cooperation, there was the Raphael exhibition organized in 2016, and the Edo period art and printmaking masterpieces exhibition in 2018. The unique works of Raphael and the Japanese art masterpieces were displayed in Russia for the first time ever. In addition, from December 2018 to February 2019, with support of the Company, an exhibition of the State Tretyakov Gallery collection of paintings “Russian Avant-garde: Pioneers and Direct Descendants” was held.

Rosneft provides with support the Mariinsky Theatre and the Saint Petersburg Music House; finances the Dmitry Shostakovich Saint Petersburg Symphony Orchestra, which is one of the Russian symbols recognized worldwide; organizes Russian tours for the Boris Eifman Ballet Theatre.