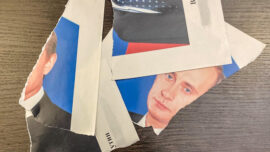 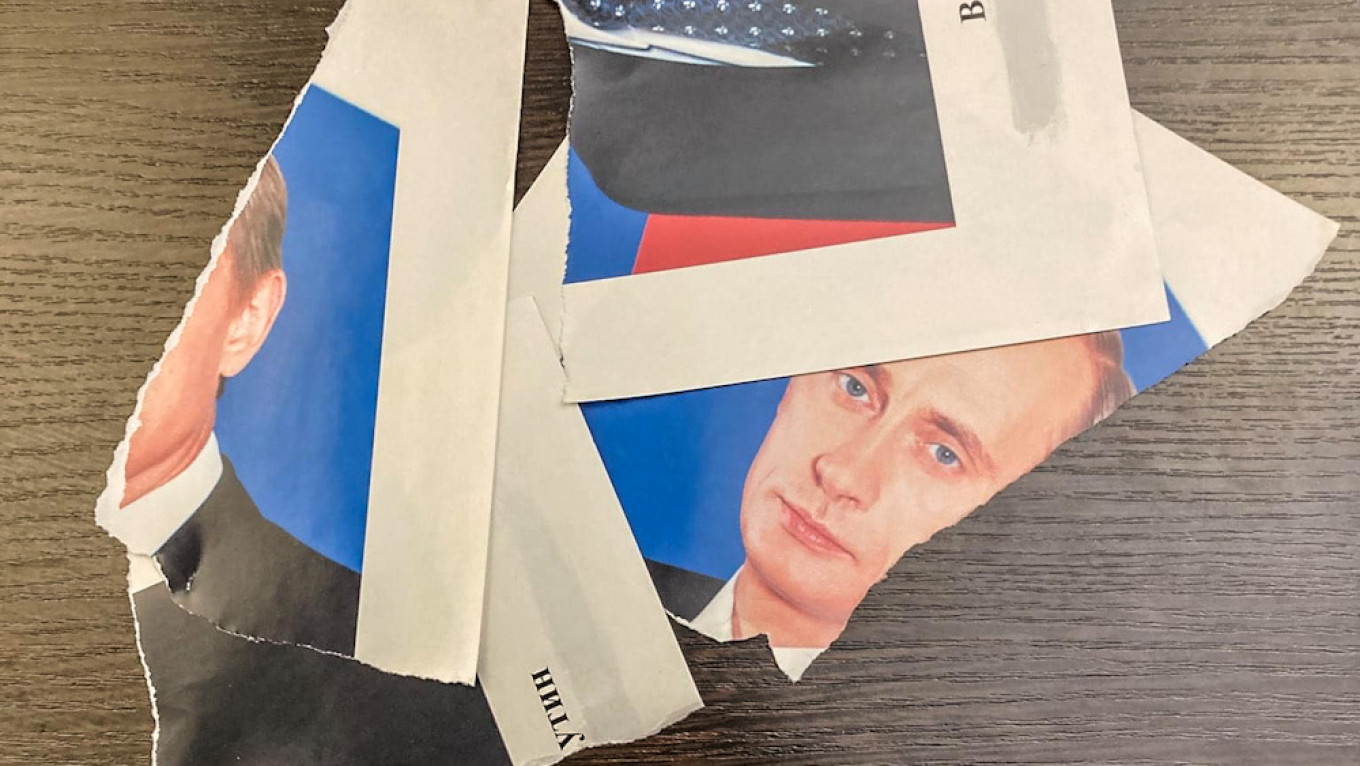 St. Petersburg police have questioned an opposition official after he tore up a portrait of President Vladimir Putin that replaced one of poet Alexander Pushkin, Russian media reported Thursday.

It reported that Yuferev told police he was “angered” to discover that someone had replaced Pushkin’s portrait, which he had hung earlier this week, with the portrait of “an unidentified man resembling” Putin.

Yuferev is a member of the Yabloko opposition party, which last year unseated pro-Kremlin deputies from the United Russia party in central St. Petersburg’s Smolninskoye district. The reports did not indicate whether Yuferev would face criminal or other punishment.

Fellow municipal deputy Diana Seraya told the Znak.com news website that the tug-of-war over the Putin and Pushkin portraits was part of an ongoing confrontation with the local administration.

Video shared by Seraya on social media showed the arriving officers telling the deputies “we got a message that the commander-in-chief’s photograph was ripped.”

She later posted a photo showing one of the officers filing a protocol with pieces of the Putin portrait scattered on the table.

Russia made the “blatant disrespect” of government institutions including Putin a criminal offense in 2019, with dozens of citizens prosecuted under the law. Critics condemn the law as a form of censorship.