Stalin in Dress Caricature Pushes Russian Magazine Off the Shelves 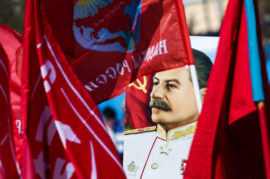 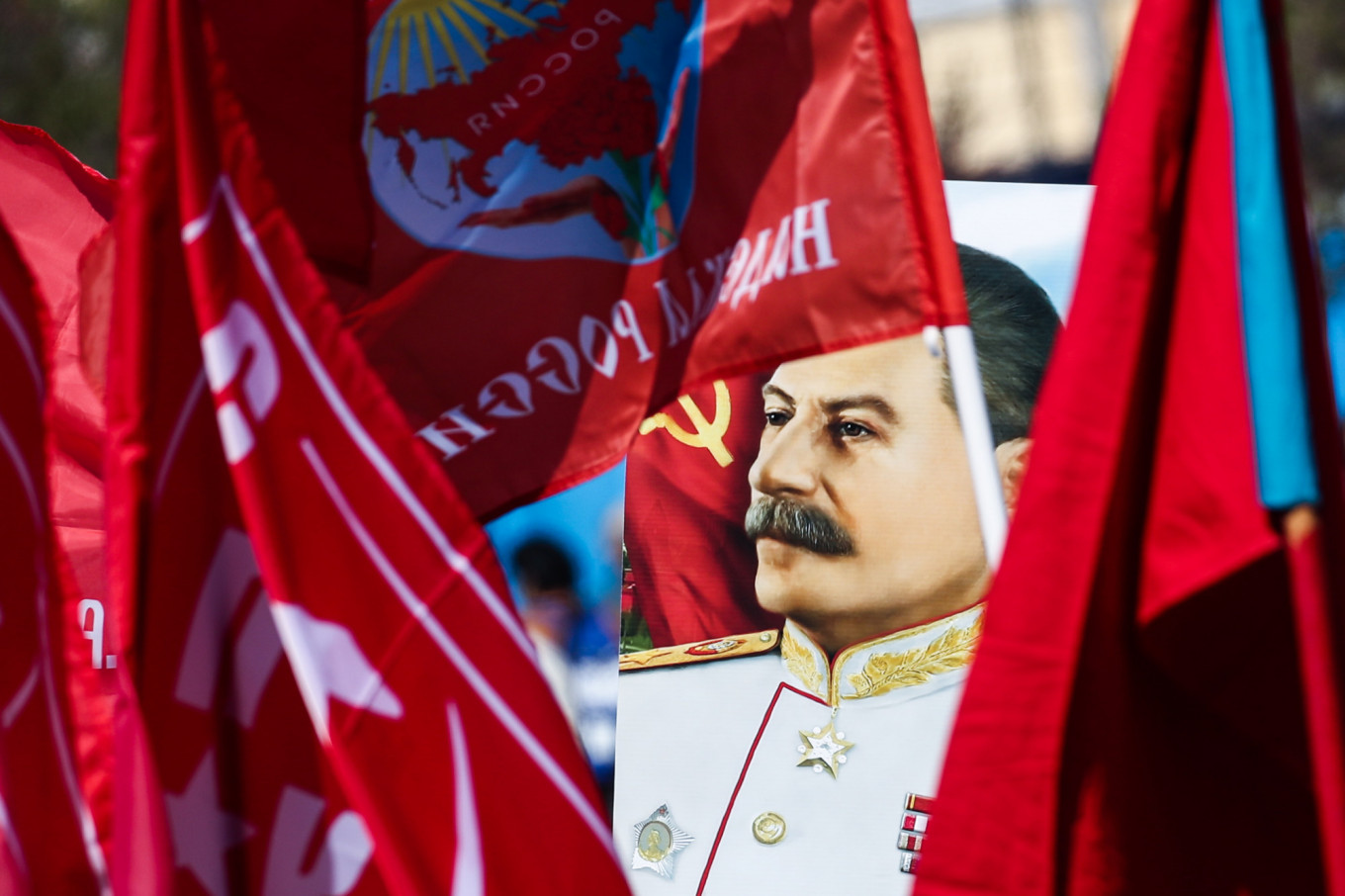 A Russian history magazine featuring a 1939 caricature of Stalin in a wedding gown holding hands with Hitler on its cover has sparked a backlash that led at least one Moscow bookstore to pull the issue from its shelves.

The latest edition of the Diletant monthly featured a colorized U.S. cartoon criticizing the Soviet Union’s signing of a non-aggression pact with Nazi Germany in the run-up to World War II. Named the Molotov-Ribbentrop Pact, the protocols divvied up land in Eastern Europe, the Baltics and Finland between Soviet and Nazi spheres of influence.

“They gave us back the magazine. The cover upset them,” Venediktov wrote Thursday, quipping that “meanwhile, the secret protocols did not upset them.”

Adding to the controversy over the magazine cover, Moscow’s State Historical Museum scrapped readings of the magazine scheduled for this week, Venediktov said Monday.

Venediktov wrote that the museum deemed discussions of the Molotov-Ribbentrop Pact between the Soviet Union and Nazi Germany “extremely unethical ahead of Unity Day and in the year of the 75th anniversary of Victory Day.”

The museum refused to comment on the issue, but media reports suggested it also fears running afoul of Russia’s 2014 law banning the display of Nazi symbols.