Syrian Terrorist Drones Were Built With ‘Outside Help,’ Russia Says 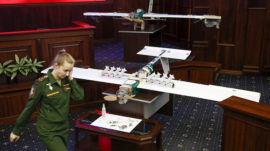 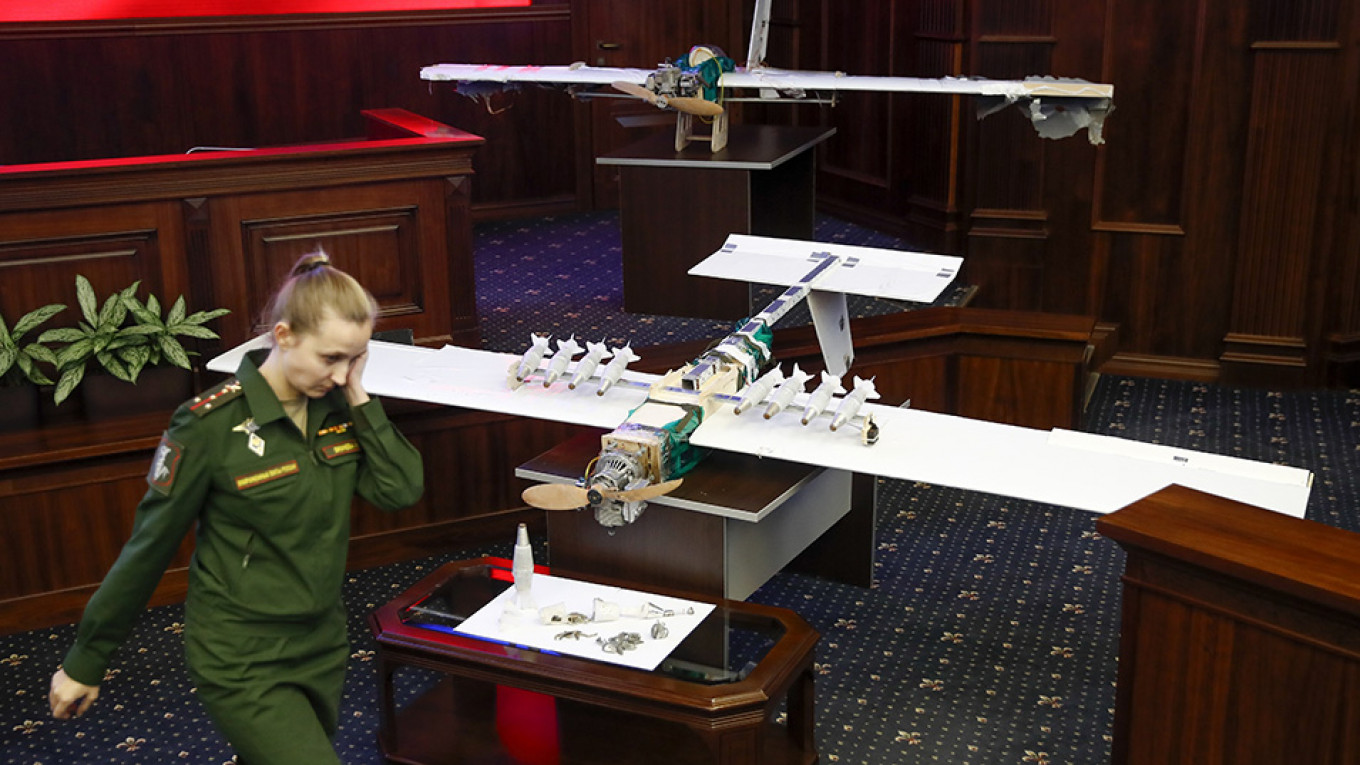 Terrorists in Syria get help from an “outside” source in assembling their combat drones, the Russian military has claimed.

Russia’s Khmeimim airbase in northwest Syria has been subjected to numerous drone attacks in recent weeks, including a Sept. 3 attack repelled by Russian air defense. The drones can travel over a path of 150 kilometers at an altitude of 4,000 meters, Defense Ministry spokesman Igor Konashenkov told reporters Tuesday as he showcased the drone captured in the latest attack.

“We understand the [drones are] assembled according to some sort of schemes and patterns. Someone who wields that technology is helping terrorist groups,” Konashenkov was quoted as saying by the state-run RIA Novosti news agency.

Konashenkov did not indicate which group or country Russia suspects of assisting Syrian militants in building the drones, which he said were of crude construction quality.

Syrian President Bashar al-Assad’s forces, backed by Russian airpower, have been waging a five-month offensive in the Idlib region, the last major chunk of territory still in rebel hands after more than eight years of war. Russian air defenses along Khmeimim and the nearby port of Tartus have reportedly destroyed 30 rockets and 13 drones launched from Idlib so far in 2019.

The United Nations said that since the start of hostilities in northwest Syria in April, more than 550 civilians have been killed and some 400,000 people displaced. Almost half of the displaced people are living in open-air areas or under trees. Russia and Syria say they are targeting militants.

The leaders of Turkey, Russia and Iran meeting in Ankara on Sept. 17 agreed to try to ease tensions in the Idlib region, but disagreements between the countries appeared to linger, especially over the threat from the Islamic State.