Tens of Thousands Rally in Belarus Despite Pre-Election Crackdown 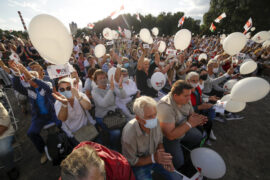 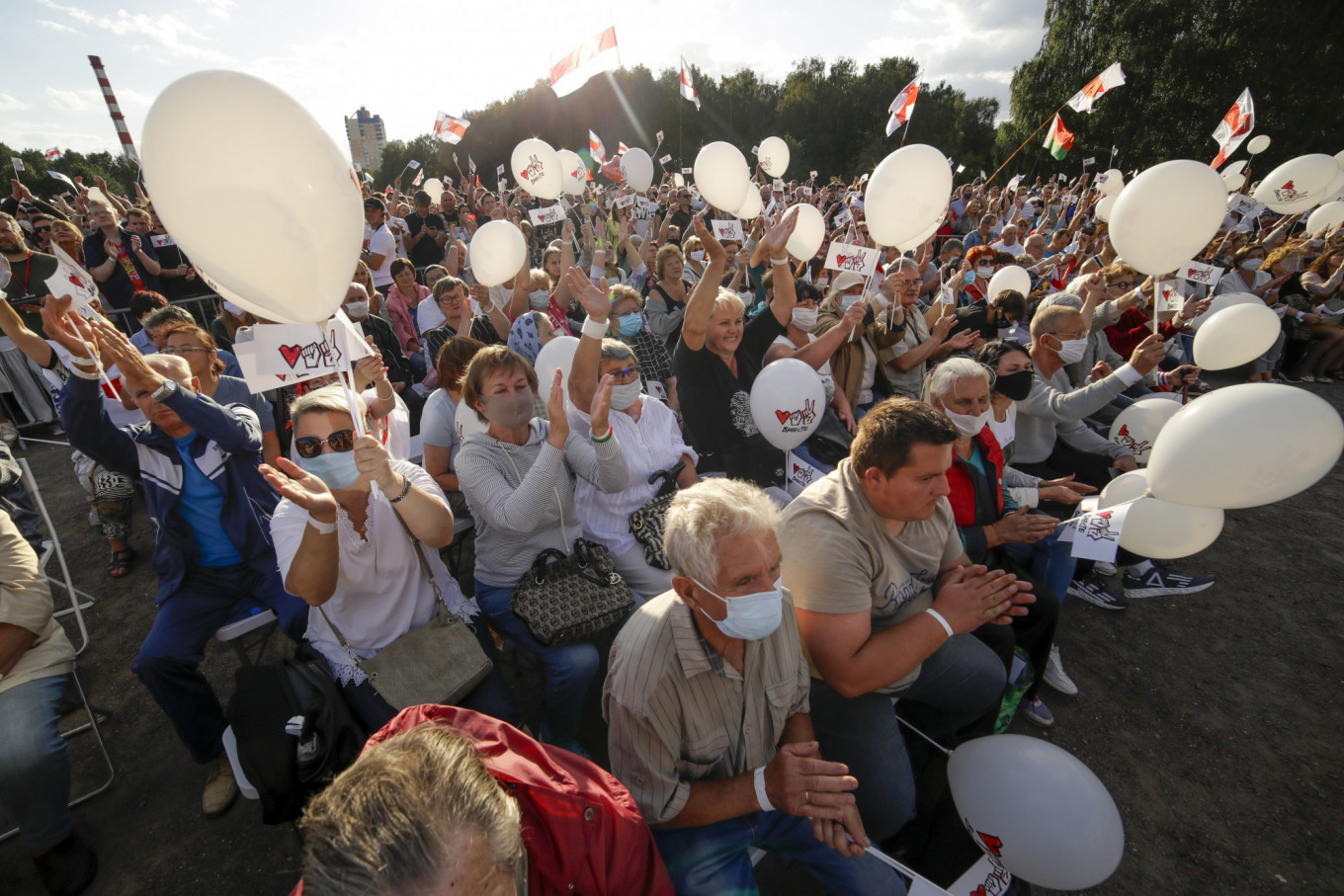 Tens of thousands of supporters of President Alexander Lukashenko’s top election rival on Thursday rallied in the Belarussian capital Minsk despite an increasing crackdown on the opposition.

The rally came as Belarus authorities accused top members of the opposition of collaborating with Russian fighters to destabilize the ex-Soviet country.

Backers of political novice Svetlana Tikhanovskaya, a stay-at-home mother-of-two, packed a Minsk square in what appeared to be the largest opposition protest in the ex-Soviet country in a decade, an AFP journalist said.

A sea of people waved flags and ballons emblazoned with the opposition’s campaign symbols — a victory sign, a clenched fist, and a heart.

“Change!” read one of the placards.

The human rights organization Vyasna said at least 63,000 people had turned out.

Both Tikhanovsky and Statkevich were jailed in the run-up to the polls.

The accusation that they were involved with Russian mercenaries was just the latest twist in an extraordinary election campaign in which the 65-year-old Lukashenko, who has dominated Belarus for nearly three decades, is seeking a sixth term in the face of rising anger over his rule.

Belarussian authorities on Wednesday detained 33 Russian “militants” on a mission to destabilize the ex-Soviet country.

The detentions sparked an apparent crisis in ties with ally Moscow which denied any involvement.

Belarussian authorities say the detained men are members of the Wagner group, a shadowy military contractor reportedly controlled by an ally of Russian President Vladimir Putin that promotes Moscow’s interests in Syria, Libya and Ukraine.

Addressing her supporters at the rally, Tikhanovskaya, 37, said authorities were “ruining” not only her husband’s life but those of all political prisoners.

“The situation involving the fighters is very scary,” she said to shouts of “Freedom.”

She denied that the opposition was collaborating with the Russians to stage an uprising.

“People, what revolution? We want honest elections,” said Tikhanovskaya, who has emerged as Lukashenko’s top rival after main would-be candidates were jailed.

She questioned the timing of the arrests, saying Russian private contractors might have been transiting through Belarus for a long time.

“I have a question: where was the security service before and why are they raising this issue right before the election?”

An Investigative Committee also said another criminal probe had been launched against Tikhanovsky for inciting “social hostility” and calling for violence against police.

Tikhanovsky, 41, is a popular blogger, who has nicknamed Lukashenko the “cockroach.”

Statkevich, 63, challenged Lukashenko in a 2010 election and was sentenced to six years in prison afterwards.

Putin spokesman Dmitry Peskov said claims that “organisations from Russia are sending some people to destabilize the situation in Belarus” were “nothing but insinuations.”

The Russian Foreign Ministry said its nationals were transiting through Belarus because they worked for a Belarus company, adding that they were en route to Istanbul.

Minsk’s version of events “does not hold water,” the statement said.

“An attempt to make what happened look like foreign interference in the republic’s affairs causes bewilderment, to put it mildly,” Moscow said.

Russia urged a halt to the fanning of tensions ahead of the election.

Moscow is Minsk’s closest political and economic ally but relations have been strained for years.

Lukashenko has been under increasing pressure to move closer to Russia but the Belarus leader has rejected the idea of outright unification.

Some analysts suggested the arrest of the Russians gave Lukashenko an excuse to crack down harder on the opposition while others said Moscow might indeed be considering some action.

Russian political analyst Tatyana Stanovaya said the Kremlin had not apparently given up on its unification plans.

Stanovaya quipped that the Russian fighters might have arrived in Minsk to “monitor” the election.