The Harrowing Testimonies of Jailed Russian Anti-Fascists, in Quotes 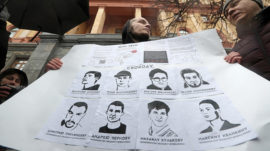 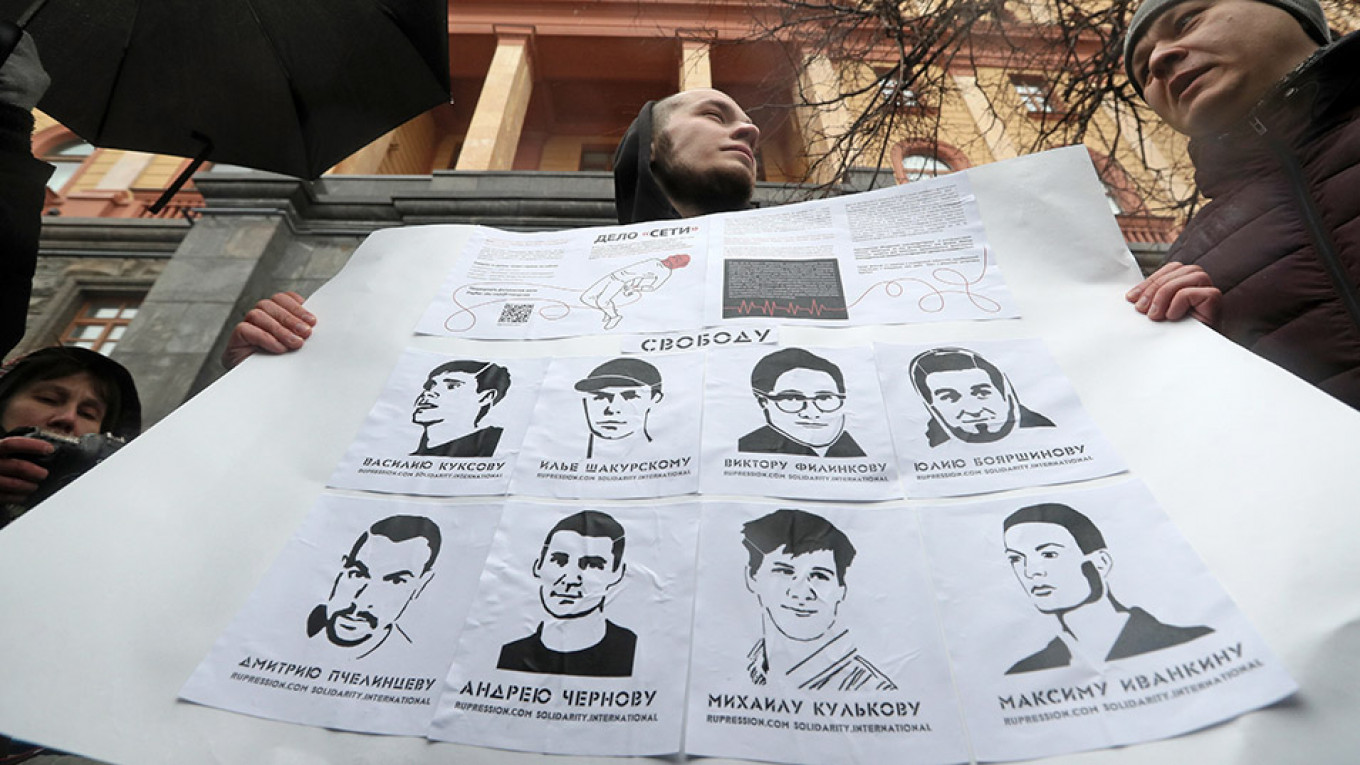 On Monday, seven members of a Russian anti-fascist activist group were jailed for up to 18 years on terrorism charges in a case that observers have compared to a Soviet-era show trial.

The members of the group Set — Russian for “Network” — were detained in the city of Penza in 2017. Investigators claimed they were planning attacks during the 2018 presidential election and the football World Cup, and Russia later added Set to its list of banned terrorist groups.

Throughout the trial, the defendants said they were tortured and forced to give false and incriminating testimonies by investigators, while human rights groups have said the evidence against the young men was fabricated.

Monday’s sentencing has sparked a widespread outcry in Russia, with many observers saying that it resembled a Soviet show trial.

We look back at some of the defendants’ testimonies about the investigation. They include allegations of brutal torture that may be disturbing to some readers:

“I lay on my belly and they started to take off my underwear, trying to connect wires to my genitals. I started screaming and begging them to stop torturing me… They kept saying: ‘You are the leader.’ To stop the torture, I answered: ‘Yes, I’m the leader.’ ‘You were going to stage terrorist attacks.’ I answered: ‘Yes, we were going to stage terrorist attacks.’”

“The investigator told me in the middle of the investigation that this is going to be a show trial — ‘You’re going to be put in prison to send a message to others.’ To antifascists, anarchists. So that they won’t gather or organize. But I think it’s become obvious to everyone that this show trial is having the opposite effect… I hope that in some future law lecture, a professor will say: ‘Now we’re going to look at a case from 2017. It’s an example of how one should not act, with violations that should never be allowed.’”

“I was told to keep my head down and sit on a bench. I was blindfolded, bound and gagged. Then they connected some wires to my toes. I felt the current and couldn’t stop myself from groaning and shuddering. They continued until I promised to say what they told me to say. After that, I forgot the word ‘no’ and repeated everything the officers told me.”

“While we were driving, I saw… that the man with a VDV [Russian Airborne Forces] tattoo, who had beaten me before, had taken out a brown box. It had two wires which they connected to my thumbs. They said they would check if there was a current. I felt unbelievable pain, and I realized that they had sent the current through me. At the same time, the people in the car started asking me questions, including names of people I didn’t know. If I told them I didn’t know the names, I got shocked again.”

“As soon as the door was closed, they started beating me. I was punched in the face several times. Without hesitation they punched me in the stomach and hit the back of my head with their elbows. … [FSB officer] Shepelev kept threatening that they would ‘put my brother in prison, fire all my relatives and cut off my fingers.’ He said: ‘Your life is over, you will die.’”

“They slapped me several times in the face and started ripping off my right ear — I thought they would tear it off. They beat my legs, asked questions and threatened me. Shepelev said that my only chance was to talk… It was only when they stopped beating me that I realized their threats were not just words.”