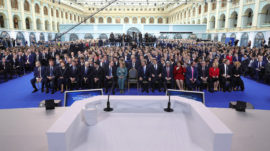 Against a backdrop of falling approval ratings and a faltering economy, Russian President Vladimir Putin began his annual address to the Federal Assembly on Wednesday with an emphasis on domestic issues.

Speaking at Gostiny Dvor to 2,000 senior government officials, he focused on questions of internal economic and social development, before discussing Russia’s new missile program in light of the U.S. withdrawal from the INF.

Here is a selection of highlights from the address:

On demographics and poverty

—“Resolving demographic issues, increasing life expectancy and lowering the death rate are directly linked to overcoming poverty… there are too many poor people… we, of course, should focus our attention on this and on fighting this phenomenon.”

—“Poverty always weighs a person down. The state has to help people escape difficult situations. One of the ways of providing this support will be a social contract.”

—”Russia has entered into a difficult demographic period. The birth rate is falling. The reasons for this are objective. But this doesn’t mean that we should accept this situation. At the beginning of the 2000s we managed to reverse the negative trend. It seemed impossible but we did it.”

On the U.S. withdrawal from the INF treaty

—“The U.S. directly and crudely violated the rules of the [INF] agreement, they have had launchers in Romania for a long time. Russia doesn’t intend to deploy new missiles in Europe first.”

—“If the U.S. really is going to deploy missiles on the European continent, it will exacerbate the international situation and create a genuine danger for Russia, as there will be missiles with a 10-12 minute flight time to Moscow.” 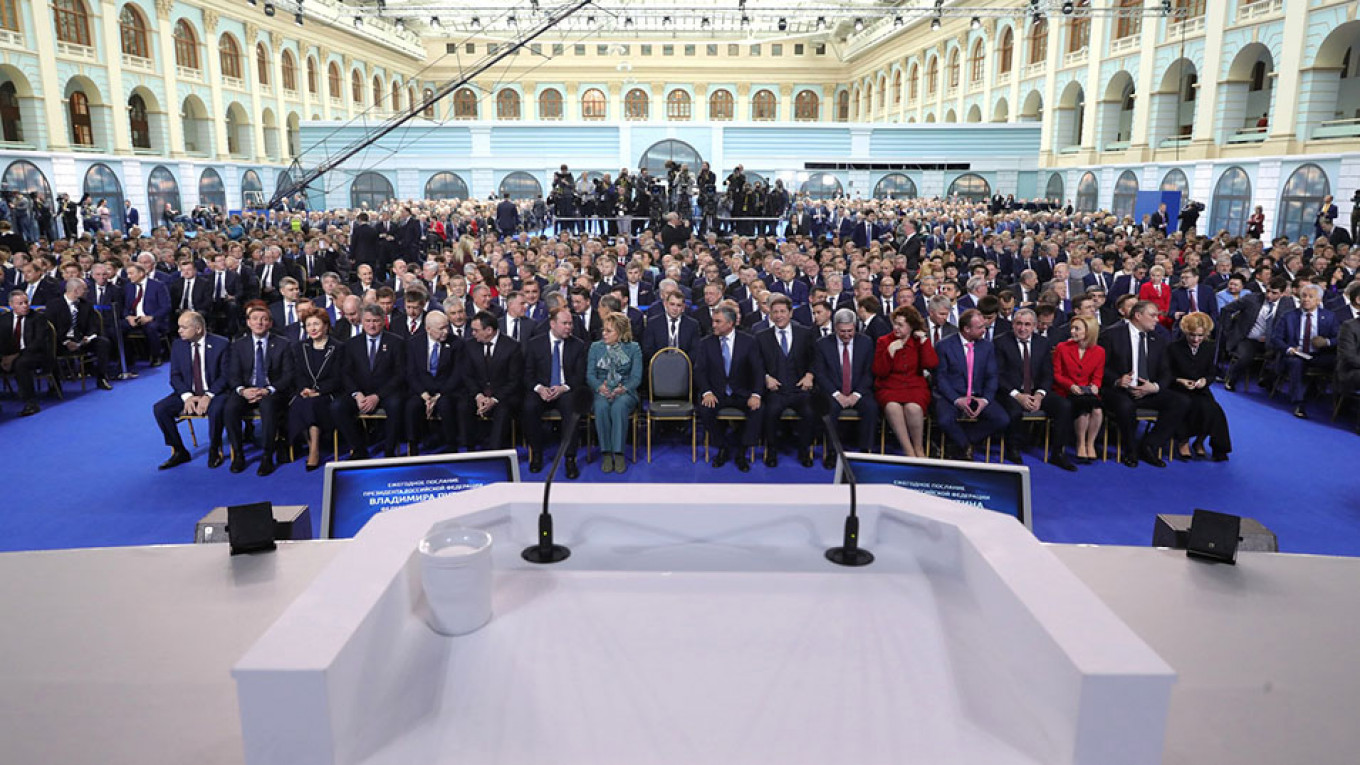 —“Russia will be forced to create and deploy weapons that can both be used on the territories from which the direct threat to us originates, as well as the territories where the centers of decision-making are located.”

—“We are ready for disarmament talks, but we are no longer going to knock on a closed door.”

On Russia’s plans for new weapons

—”It’s their right to think how they want. But can they count? I’m sure they can. Let them count the speed and the range of the weapons systems we are developing.”

—“The tests of Poseidon, an unmanned submarine with unlimited range, are going well… This hasn’t previously been said, but today I can say that by the spring of this year the first atomic submarine will have been launched into the water.”

—”We need a high rate of economic growth. Only that way can we beat poverty, and ensure a stable and noticeable rise in incomes for our citizens… The government and central bank should bring inflation back within the target range.” 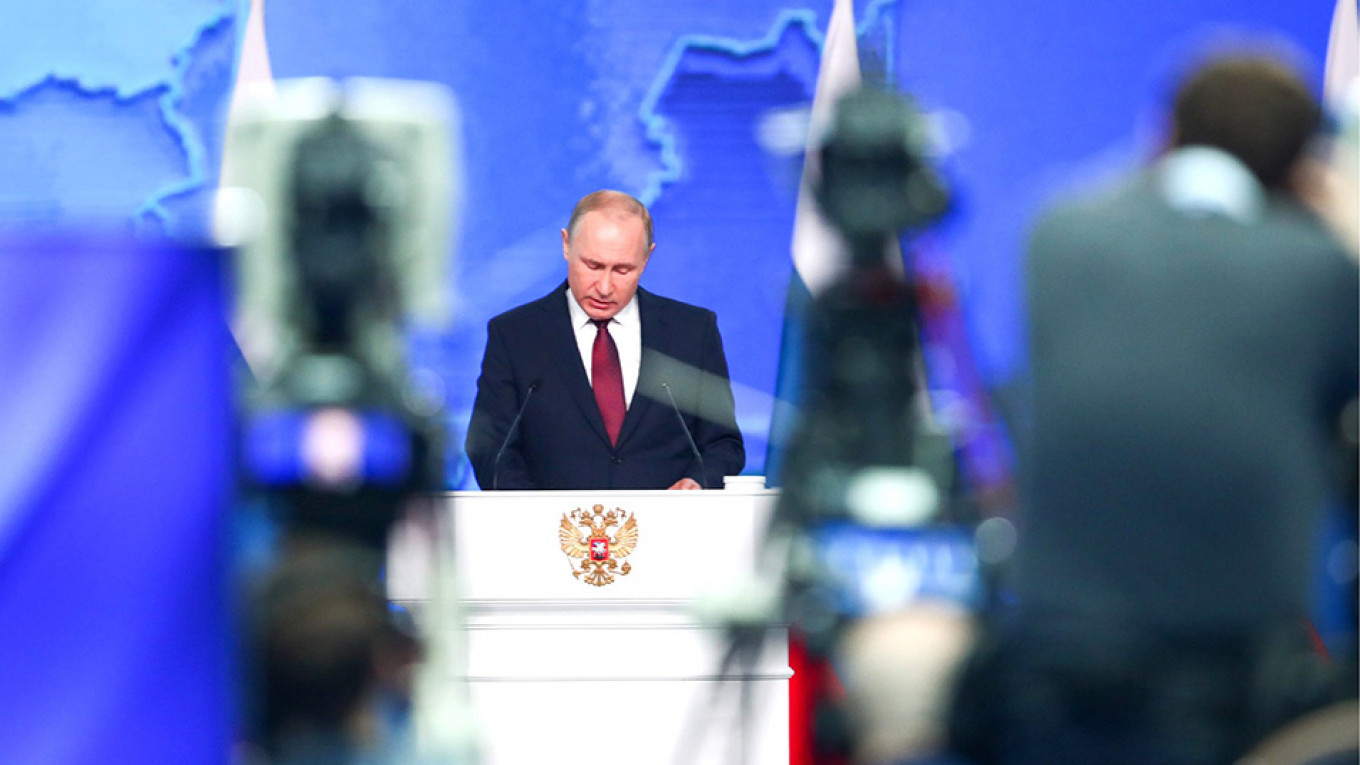 —“We will start spending accumulated money without upsetting economic stability.”

—”I am asking the central bank and law enforcement to bring order to the microlending market in the shortest possible time frame… social support should reach every single family (in need).”

—“Honest businesses should not live in fear of prosecution.”

—“Considering the success of hosting the football World Cup, I suggest extending the system of electronic visas and thinking about how to simplify the visa process for tourists.”

—“By the end of 2021, all Russian schools should not only have access to the internet, but internet with a fast connection.”

— “We should speed up the modernization of infrastructure… This has huge significance for strengthening the structure of the state… for the economic growth of the entire Russian state.”

“This year, the railway link across the Crimean bridge will open… This will allow us to significantly develop both Crimea and Sevastopol.”