On April 11, 2019, Novovoronezh Phase II (a branch of Rosenergoatom Concern JSC, part of ROSATOM’s Power Division) has started the first power program at Unit 2 after getting a permit from the Federal Environmental, Industrial and Nuclear Supervision Service of Russia. 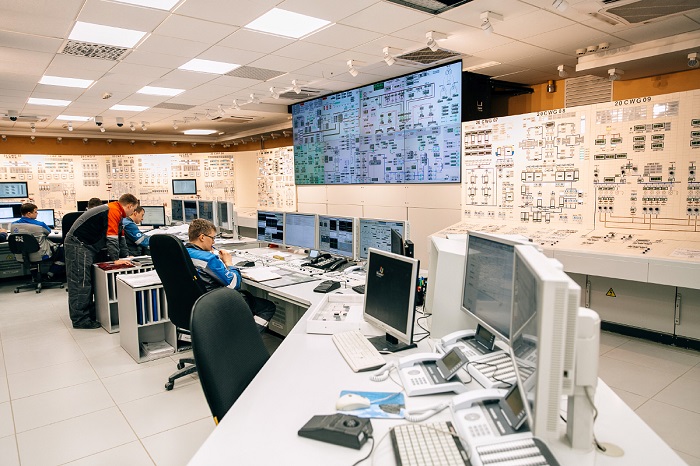 Novovoronezh Plant Manager Vladimir Povarov said that the permit from Rostechnadzor meant that all first criticality works had been fulfilled in full scope. “The real neutronics values meet the design values and we can move to the next stage, the first power,” he noted.

Unit 2 with a VVER-1200 reactor pertains to Generation III+; the Architect General is JSC Atomenergoproekt; the General Contractor is ASE, ROSATOM’s Engineering Division. The first power program provides for a set of measures associating with step-by-step power raise of the reactor from 1% up to 35-40%. This power is sufficient to connect the turbine generator to the grid and start producing electricity, which is planned for this May. Further, the long stage of raising power up to nominal one (100%) will follow. Unit 2 of Novovoronezh Phase II commissioning is planned before the end of 2019.

Innovation power units of Generation III+ have improved performance that ensures absolute safety in operation. They use most advanced achievements and developments. The main feature of a power unit with VVER-1200 reactor is a unique combination of the active and passive safety systems which make the NPP maximum robust to internal and external impacts. The feature of passive safety systems is their capability to operate without power and operator’s interference. A unit with VVER-1200 uses core catcher (the device used for localization of the melt core of the nuclear reactor), the passive heat removal system through steam generators (which ensures long-term heat removal to the atmosphere from the reactor core when all power sources are disabled) and others.