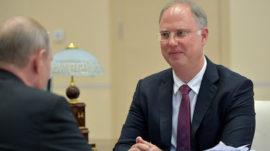 Special Counsel Robert Mueller may not have found evidence of a criminal conspiracy between Donald Trump’s 2016 campaign and Russia, but his report details extensive contacts between the campaign and Russian operatives who sought to influence the U.S. election.

Many of the contacts in the report were already known. They included former national security adviser Michael Flynn’s conversations in late 2016 with Sergei Kislyak, Russia ambassador at the time, and former Trump campaign chairman Paul Manafort’s interactions with Konstantin Kilimnik, a political consultant who the FBI has determined has ties to Russian intelligence.

But the report contained fresh details on the range of official and unofficial dealings Trump campaign advisers and supporters had with Russians before and after the 2016 election.

Here are the new details:

Kirill Dmitriyev, the head of Russia’s sovereign wealth fund who reports directly to Russian President Vladimir Putin,  passed on a plan to improve Russian-U.S. ties to Rick Gerson, a hedge fund manager who is friends with Trump’s son-in-law Jared Kushner. Gerson gave the plan to Kushner before Trump was sworn in, Mueller’s report said, and Kushner gave copies to senior adviser Steve Bannon and then-Secretary of State Rex Tillerson.

After Trump took office in January 2017, Dmitriyev told Gerson that his “boss” — an apparent reference to Russian President Vladimir Putin — wanted to know if there was a reaction to the proposal, which called for cooperation on terrorism, weapons of mass destruction and economic matters. 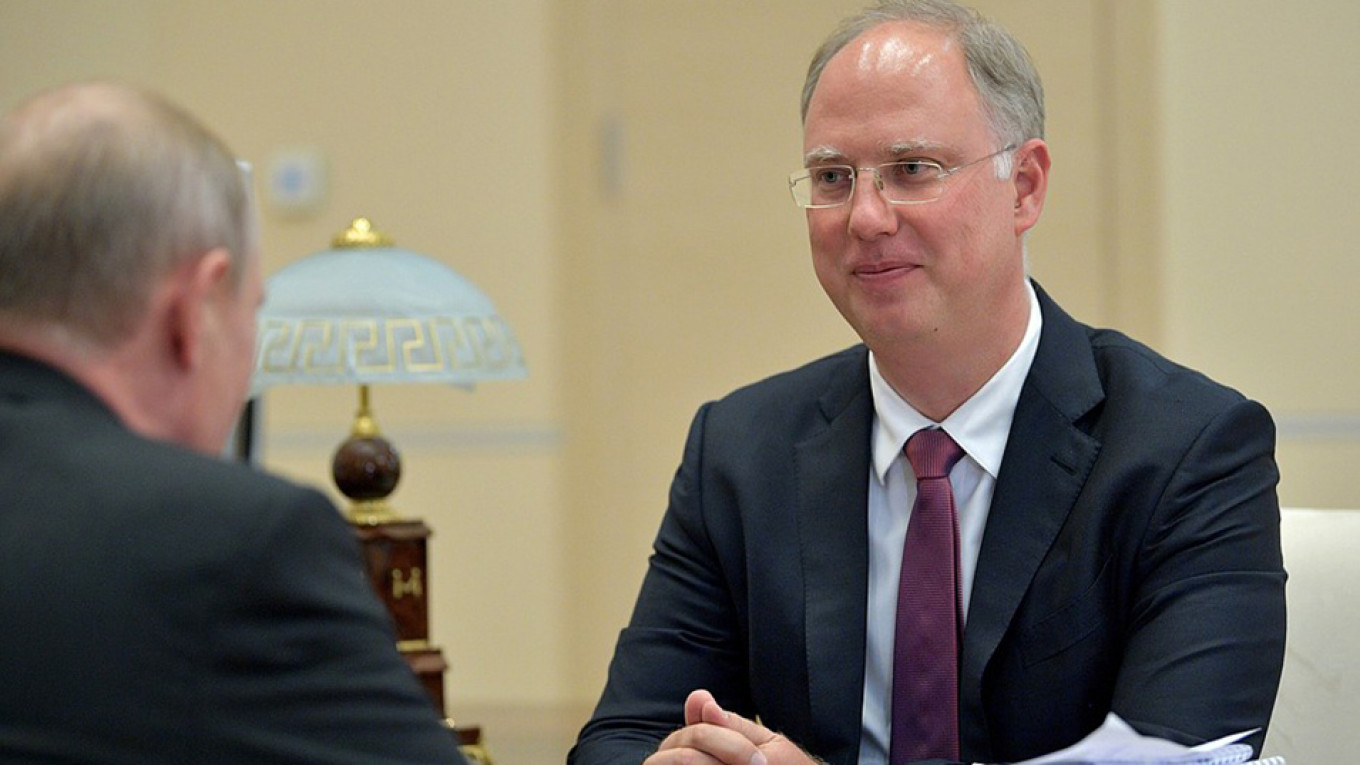 When Putin and Trump spoke by phone, Dmitriyev told Gerson that their plan had “played an important role.”

Gerson told Mueller’s team that he acted as an intermediary between Trump and Russia on his own initiative, not at the request of Trump’s aides.

January 2017 meeting between Dmitriyev and Erik Prince, the founder of Blackwater, in the Seychelles

Erik Prince, the founder of the now defunct Blackwater security firm and a supporter of Trump, met Dmitriyev in the Seychelles less than two weeks before Trump was sworn in as U.S. president.

The encounter was arranged by an adviser to the crown prince of the United Arab Emirates, George Nader, after Dmitriyev had sought an introduction to a Trump transition team member in order to begin improving U.S.-Russia ties. Prince was close to senior members, but was not part of the team. 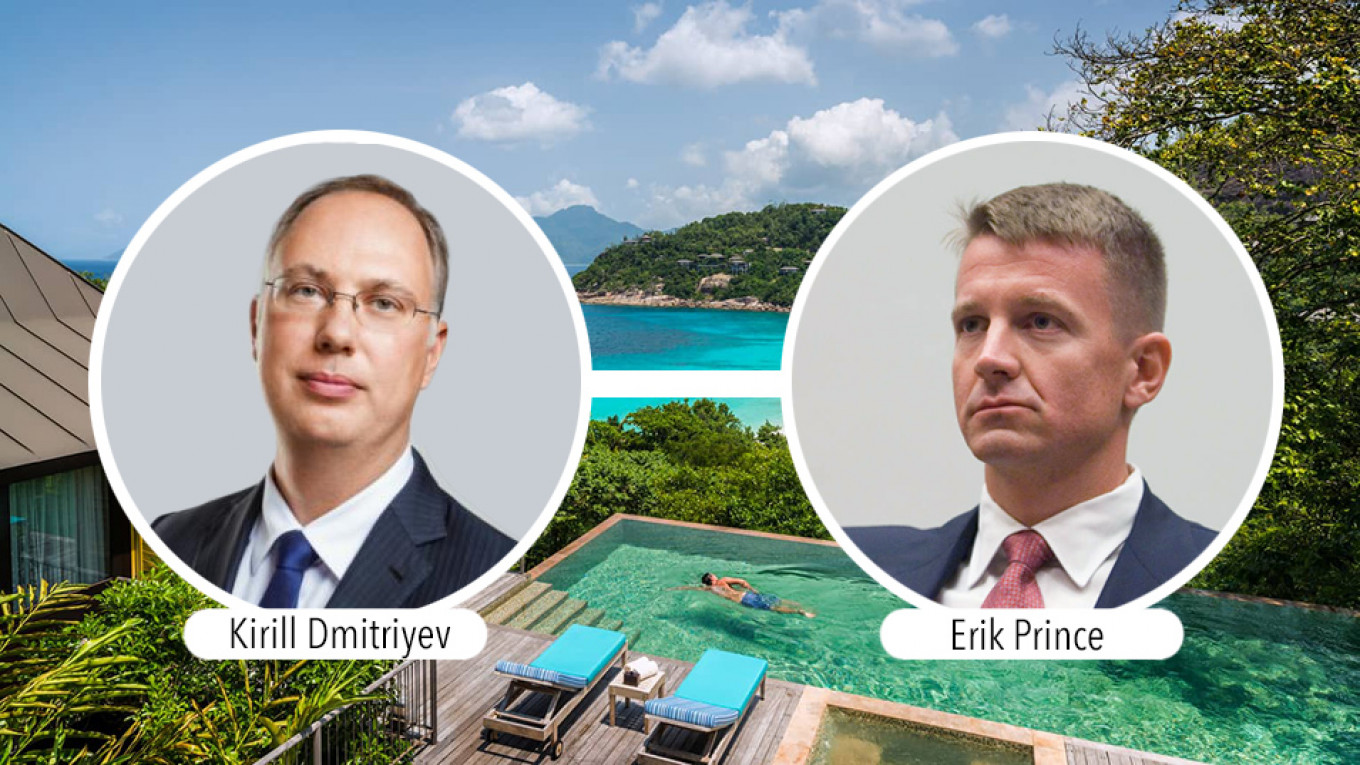 Prince and Dmitriyev met twice on Jan. 11, 2017, after arriving at the Four Seasons, with the first session in Nader’s villa lasting 30-40 minutes and the second meeting taking place in the hotel restaurant. Mueller’s account, large parts of which are redacted, was based on interviews with Prince and Nader, as well as text messages and grand jury material, footnotes showed.

Mueller found that Trump’s campaign chairman Paul Manafort‘s efforts to work with his former business partners in Ukraine were greater than previously known, as he tried to use his insider status on the campaign to collect on debts owed for his past work by Oleg Deripaska, an oligarch who is close to Putin.

Shortly after he joined the campaign in the spring of 2016, Manafort directed his deputy Rick Gates to share internal polling data and other campaign materials with Konstantin Kilimnik, a former Ukrainian business partner, with the understanding that it would get passed on to Deripaska, the report said.

During an August 2016 meeting in New York, Manafort told Kilimnik about the campaign’s efforts to win the battleground states of Michigan, Pennsylvania, Wisconsin and Minnesota, the report said. Trump ended up winning three of those states in the November election.

His work with Ukrainian allies to promote a peace plan that would have split the country in two did not constitute coordination between the campaign and Russian efforts to disrupt the election, Mueller found.

Pyotr Aven, the co-founder of Alfa Bank, Russia’s largest private bank, told Mueller’s team that Putin had warned him that the U.S. would impose additional sanctions on Russia, including on Aven’s Alfa Bank, during a one-on-one meeting in late 2016. In the meeting, Putin recommended that Aven take measures to protect the bank and himself from sanctions. 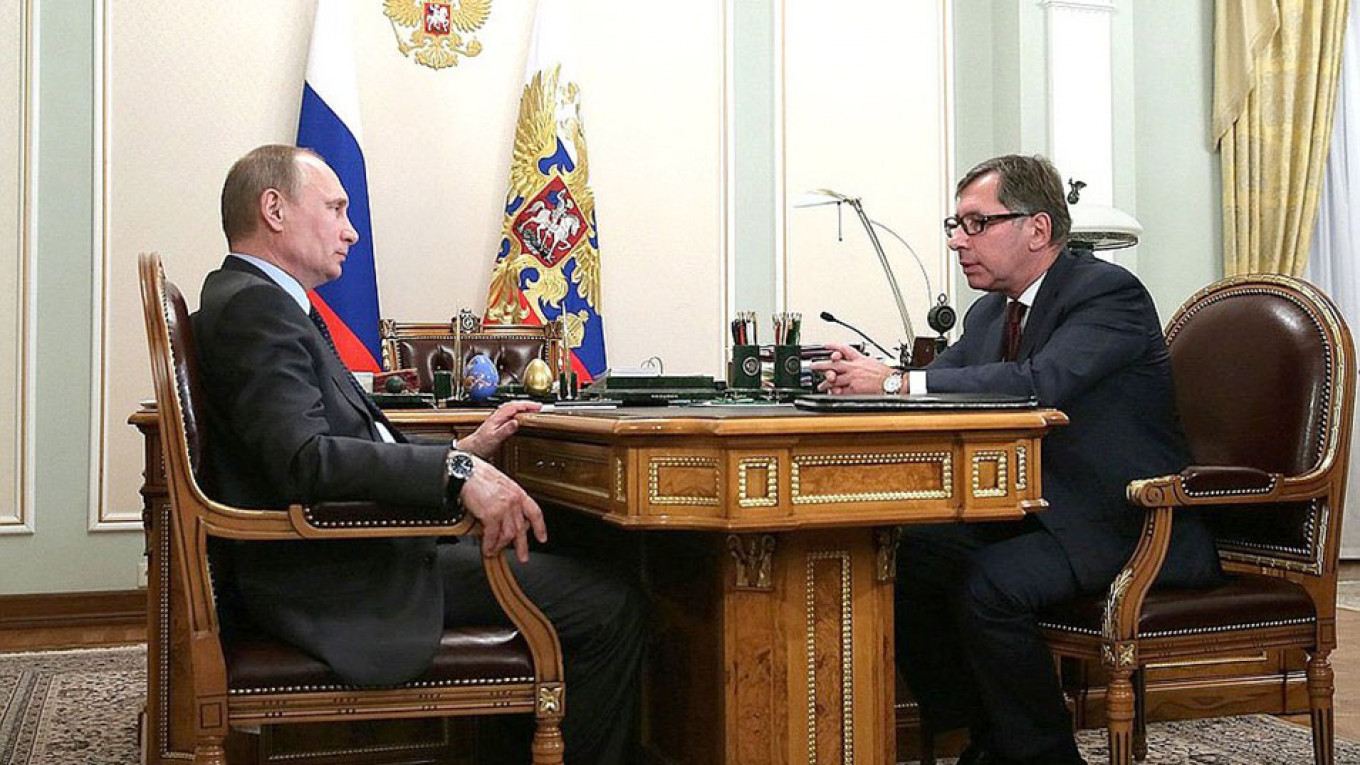 A past meeting between President Vladimir Putin and Pyotr Aven in February 2014. Kremlin.ru

Aven also told Mueller’s team that Putin had encountered difficulties when attempting to get in touch with Trump’s administration, saying he did not know the people around Trump.

“As soon as news broke that Trump had been elected president, Russian government officials and prominent Russian businessmen began trying to make inroads with the new administration,” Mueller’s report reads.

“Someone high in the Russian government… expressed interest in establishing a communication channel between the Kremlin and the Trump transition team.”