Culture | ‘They Tried to Break Me, Then Offered Me a Deal,’ Sentsov Says of Russian Imprisonment
RssMail

‘They Tried to Break Me, Then Offered Me a Deal,’ Sentsov Says of Russian Imprisonment 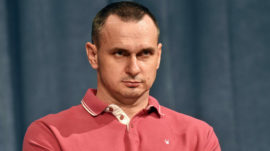 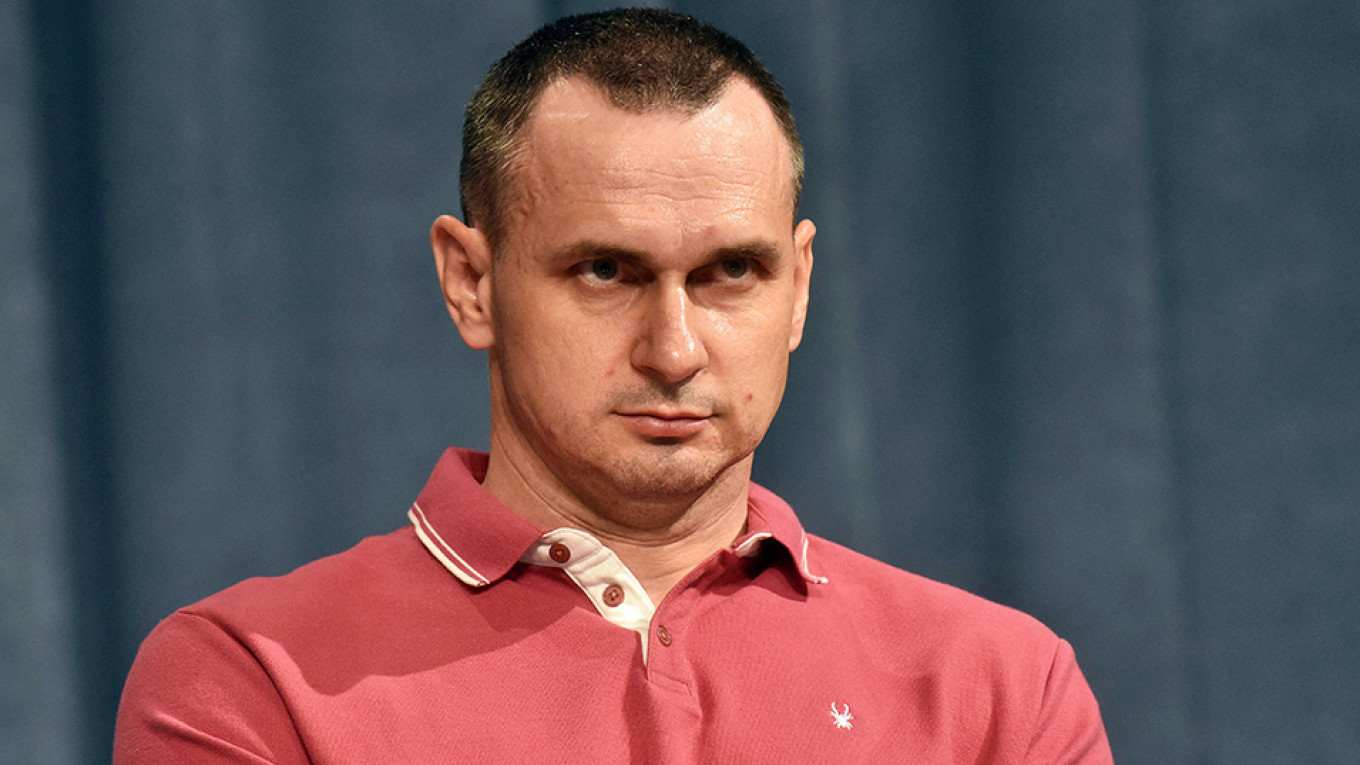 Oleg Sentsov was the most high-profile prisoner among the 35 Ukrainian detainees who returned home last month in exchange for 35 prisoners wanted by Russia.

The 43-year-old filmmaker was detained in Crimea in 2014 and sentenced to 20 years in a Russian maximum security prison on terrorism charges he says were trumped up. The European Union said Sentsov’s case was “in breach of international law” and the U.S. State Department called it a “clear miscarriage of justice.”

Sentsov went on hunger strike and his fate became a rallying cry for Ukraine in its conflict with Russia over Moscow’s 2014 annexation of Crimea and support for separatists in a conflict that has killed more than 13,000 people.

Below are excerpts from one of Sentsov’s first interviews with a major international news outlet, Germany’s Der Spiegel news magazine.

On his treatment in detention:

— “First, they tried to break me — that was immediately after my arrest. Then, they offered me a deal: Seven years in prison for a confession and for some names.”

— “There was no open aggression against me as a Ukrainian. […] But beneath the surface, I could feel a certain antipathy anyway. People see you as someone who is against Putin, and thus against Russia and in favor of the fascists.”

— “They know that they put someone behind bars despite a lack of sufficient proof for conviction. But they think: He’s guilty anyway because he is an enemy of the state.”

— “We Russians and Ukrainians are kindred peoples, we’re essentially brothers with few differences between us. […] But with each year in prison, I understood with increasing clarity that the people are completely indifferent to what is happening in their country.”

— “This indifference is combined with a kind of imperial ambition, with pride in some sort of foreign policy success that doesn’t help you one bit back home in Yakutia. It is a terrible mixture of aggression and passivity.”

— “They have distanced themselves from the state and think: We can’t change things anyway. Even after 20 years of Putin, they haven’t even realized that he might actually be the problem.”

— “They consider poverty to be normal, along with the fact that the state cares little for them, that it constantly lies and that both the police and the courts are corrupt.”

— “When I tell them that there are countries in Europe where things are completely different, they don’t believe it. ‘In America, it’s just the same,’ they’ll tell you, even though they’ve never been to America and have only heard about it from Russian television.”

— “I wrote that quite a bit less had changed than I had expected and hoped. Second, I wrote that it seems as though everyone in Ukraine is fighting against everyone else. Even good people find themselves locked in conflict with other good people.”

— “The first thing that must happen is this discord must be overcome. Only then can the process of reconciliation with Donbass begin — not with the criminals who are in power there, but with the residents who don’t see themselves as part of Ukraine.”

— “And only then comes reconciliation with Russia, as soon as the government collapses. Until then, there can be no talk of reconciliation, only of a ceasefire and negotiations.”

On his hunger strike:

— “I knew that neither I nor the others would be released. But I wanted to generate attention. I stuck with it until the laboratory test results became dangerous. I could feel that death wasn’t far off.”

— “I knew that it would take me a long time to recover from the hunger strike and that I might have done permanent damage. But later, they allowed me to exercise three times a week. […] That is where I readied myself for a second hunger strike.”

— “I actually didn’t want to keep a diary at all, but I started during the hunger strike and took the risk. I was on the way toward death and knew that my heart could fail any day, or my kidneys or liver. I wanted to create a record of myself on paper.”

— “A couple of times, guards picked up the journal and flipped through it, and I thought it was over. But luckily, I have terrible handwriting, and it got even worse as a result of the hunger strike.”

— “I wanted to start the hunger strike in late May or early June. But then there was movement on the prisoner exchange.”

— “I felt no emotion, and I likewise felt nothing in the plane, even when it landed. It was only when I saw my daughter that I was overcome with emotion.”

“Now, it’s about helping those who hardly anyone knows. You have to constantly talk about them and about how many of them there are. Currently, there are 87 Ukrainians imprisoned in Russia and another 227 in Donbass. Every single one of them is having a bad time of it in prison.”

On his creative output:

“I took 15 notebooks, completely full, with me when I left prison: Two novels, two collections of short stories, diaries, three screenplays … It’s quite a lot, enough for another three or four years of work.”

“Next year, on the anniversary of my release, all of the journals are to be published. But I’ve never read them again myself, and I don’t plan to read them or edit them either.”

— “All of my close friends left because they couldn’t stand the atmosphere, this lack of freedom, as if somebody took away your air to breathe. I felt it immediately. I still remember those two months extremely well. The people were frightened, and at the same time, there were these crazies shouting their slogans.”

— “[T]he people of Crimea wanted to belong to Russia for a number of reasons. By far not everyone wanted to, but more than half did.”

— “I will not return to a Russian Crimea, that much is clear. But I don’t believe it is so unlikely that Crimea will return to Ukraine, even if it seems difficult.”