Culture | This week in photos: interview with Putin, dinner with Obama and showers with Prince Harry
RssMail

This week in photos: interview with Putin, dinner with Obama and showers with Prince Harry

The world in pictures in a photo gallery by TASS

US television interview with Russian President Vladimir Putin, former US president Barack Obama and Canadian prime minister Justin Trudeau having dinner, Prince Harry greeting fans in the pouring rain and other photographs of the week .The world in pictures in a photo gallery by TASS 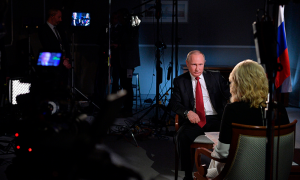 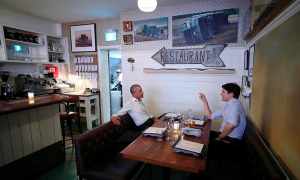 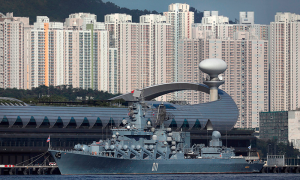 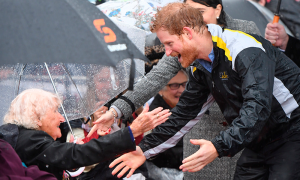 Britain’s Prince Harry reacts as he recognises 97-year-old Daphne Dunne, who he had met on an earlier visit to Sydney, during a walk around as it rains at The Rocks in Sydney, Australia, June 7
© EPA/DEAN LEWINS 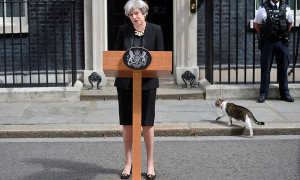 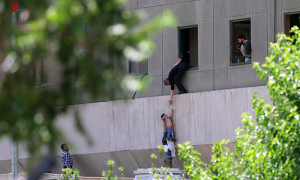 Iranian policemen try to help civilians fleeing from the parliament building during an attack in Tehran, Iran, June 7
© EPA/OMID VAHABZADEH 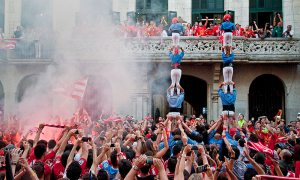 Girona FC’s supporters celebrate their team’s promotion to the Spnaish Primera Division from the balcony of the City Council of Girona, Spain, June 5
© EPA/Robin Townsend 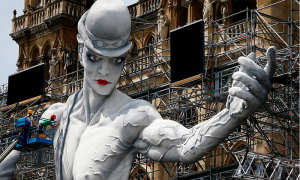 Workers set-up the stage for the 24th Life Ball in front of the city hall in Vienna, Austria, June 6
© REUTERS/Leonhard Foeger 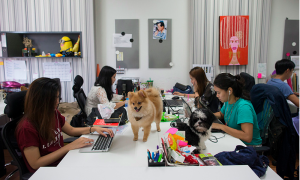 Thai staffs work with their dogs at the office of Adyim, a digital marketing solution company in Bangkok, Thailand, June 7
© EPA/RUNGROJ YONGRIT 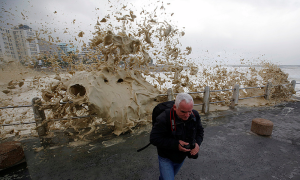 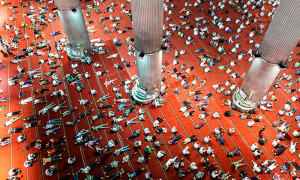 Indonesian Muslims lay down on the floor as others read the Koran shortly after the Friday prayers on the holy month of Ramadan at Istiqlal mosque in Jakarta, Indonesia, June 9
© EPA/MAST IRHAM 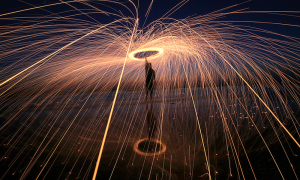 A Palestinian spins a lit firework on a street of al Shateaa refugee camp during a power outage, during the holy month of Ramadan in Gaza City, June 3
© EPA/MOHAMMED SABER 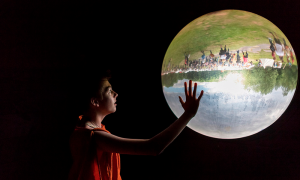 A boy looks at a glass bowl showing the outside upside down in a museum in Bramsche-Kalkriese, Germany, June 4
© Guido Kirchner/dpa via AP 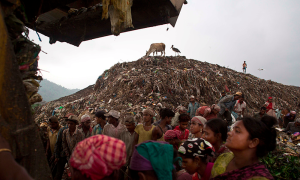 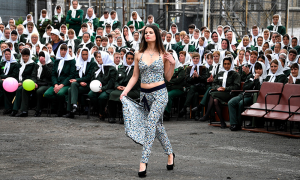 A convict showcases a creation during a fashion show at female penal colony No 10 in the village of Gornoye, Russia, June 7
© Yuri Smityuk/TASS