Traffic Jams and Jubilation as Moscow Emerges From Virus Lockdown 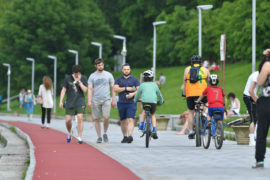 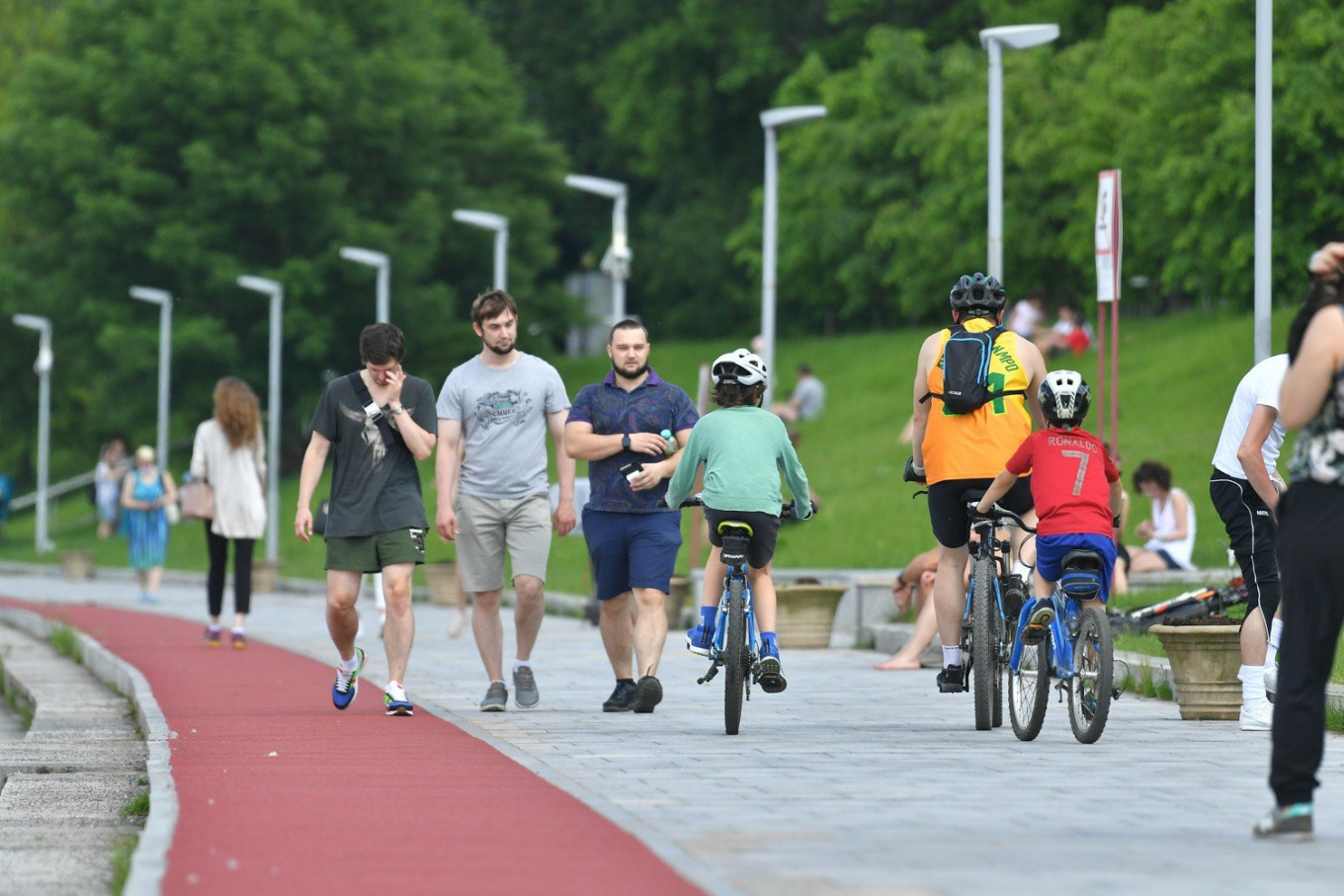 After months under lockdown, Moscow was back to life Tuesday as restrictions eased, luring sun baskers and strollers back to the streets — along with the city’s legendary traffic jams.

But all was not as before in the Russian capital, where face masks and gloves in shops and public transport remain compulsory.

Still, it was a welcome taste of freedom for city residents who have largely been inside since the government imposed lockdown measures at the end of March to slow the spread of the coronavirus.

“I couldn’t wait any longer. I need to go to the chemist’s and pop into a shop,” said 85-year-old Tamara Saldikova, after leaving her house for the first time in more than two months.

The retired engineer was stuck indoors in line with rules barring people over the age of 65 from leaving their homes.

“I’m a law-abiding citizen and I came out when I was allowed to,” she told AFP from under a mask, adding that her son brought her essentials during her shut-in stretch.

She wasn’t the only one out enjoying the sun Tuesday after the government lifted the unpopular restrictions in the capital — the country’s virus epicenter.

Even the weather got in on the act with bright sun and soaring temperatures after weeks of record rainfall.

But the rapid exit from lockdown spurred skepticism as the city registered 1,572 new cases on Tuesday.

“I do have a few doubts about whether they should have cancelled all the lockdown measures so early,” said Yulia Frolova, a 28-year-old dental technician, her face mask pulled down.

“I hope a second wave won’t engulf half of Russia,” she said, adding she also hopes “the statistics are true, that our medics are getting to the end of this,” as the government has said.

“Why too fast? Some restrictions remain. Some will only be lifted in a week or two. That’s not a total exit,” he told journalists.

But the last-minute announcement meant that many businesses allowed to reopen Tuesday — hairdressers, beauty salons and veterinary clinics — remained closed.

Still, the public still rushed to make long-awaited appointments for businesses that were open.

“We heard about this yesterday and it hasn’t stopped since: we’re booked up until Saturday,” said Anastasia, a barbershop manager.

Three of the four chairs in the small salon were full and although masks and gloves were compulsory according the city’s rules, staff and customers were treating them as optional.

Nearby, a nail bar called Little Fingers was observing the measures more strictly.

Clients were sitting at a distance from each other and there was a plexiglass partition around the cashier where the manager Anna was taking deliveries and recording appointments.

“We got organized so that we could open as quickly as possible,” she said, fielding constant calls.

Museums and libraries will reopen June 16 in a further easing of the regulations and cafes and restaurants will be allowed to serve customers at outdoor tables.

From June 23, gyms and swimming pools will reopen, a day ahead of a landmark military parade on Red Square that President Vladimir Putin rescheduled from May 9 due to the pandemic.

A week later on July 1, Russians will take part in a public vote on constitutional changes that could pave the way for Putin to stay in power until 2036.