Travel the World With Your Taste Buds at Depo An old tram depot in the center of Moscow has become the city’s latest foodie haven.

Depo Food Mall, which opened last month near Belorussky Station, houses more than 200 stalls, shops and restaurants serving food from all over the world. It continues Moscow’s food revolution that started when the Soviet-era Daniilovsky Market got a hipster makeover and started selling fresh produce and artisanal cheeses and sausages.

Vietnam, Italy, China, Mexico and Israel are just some of the cuisines visitors can sample at Depo. Once your senses acclimate to the enticing smells and bright signs, make sure to explore each aisle to appreciate the sheer gastronomic variety on offer.

Two of the more surprising offerings are Sweet Syria – which draws in the punters with giant mouth-watering plates of baklava – and Gifts of Azerbaijan, which sells conserves, sweets, drinks and trinkets. If you feel lost, fear not: fold-out maps are offered at the entrance. 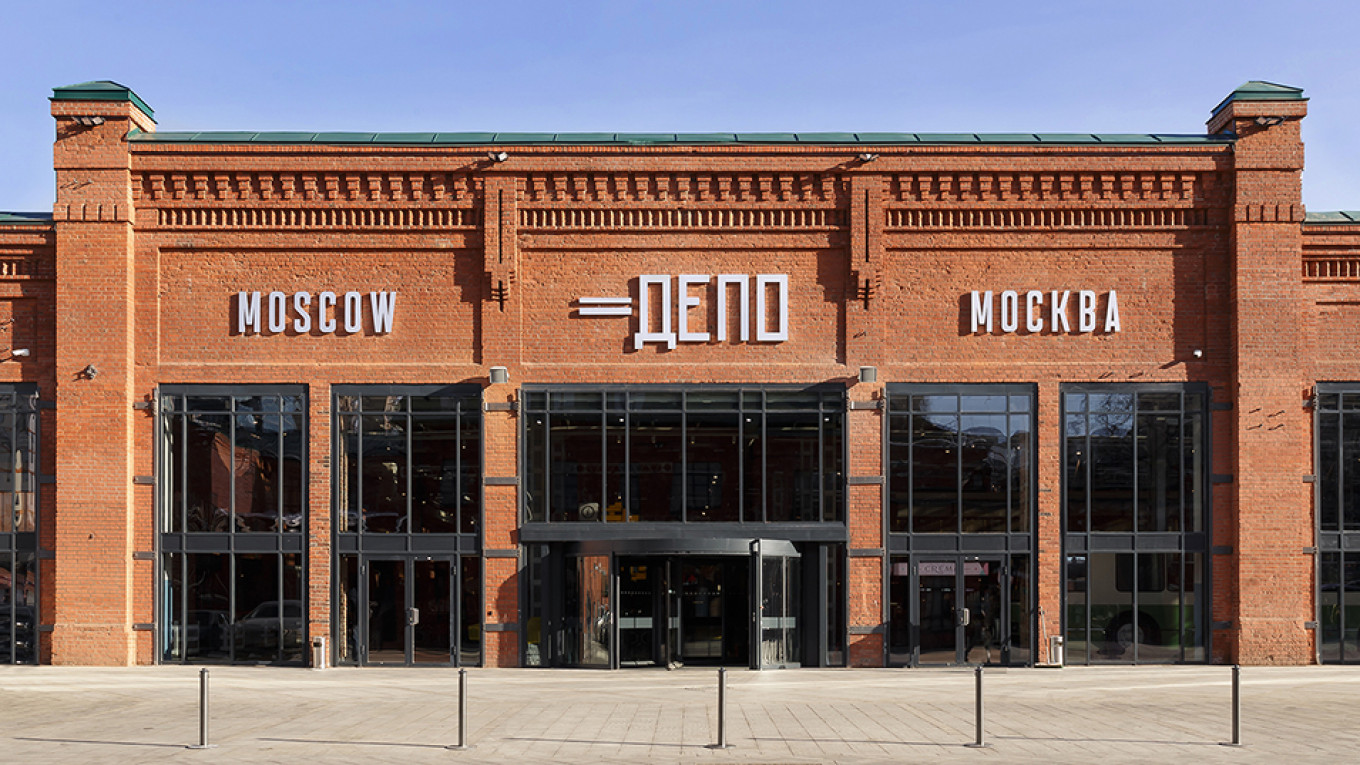 Depo occupies the old Miyussky tram complex, built between 1874 and 1932 and now a site of cultural heritage. The mall’s designers have capitalized on its unique history, using vintage trams and trolleybuses as the decor’s focal point. To underline the transport theme, aisles are called ‘lines.’

With its factory-chic-meets-vintage interior, Depo is an Instagrammer’s heaven. The mall’s official Instagram account has already amassed over 13,000 followers.

Stepping through the glass front doors, you’re instantly confronted by a crowd of shoppers with their phones out, trying to get the perfect angle for that selfie. A particular hive of Instagram activity is the ‘Flower and Souvenirs’ shop by the entrance, housed in a repurposed pastel green trolleybus.

The coffee shops also cash in on the social media trend, serving their beverages in eye-catching Depo-branded cups designed to enhance any social media page. 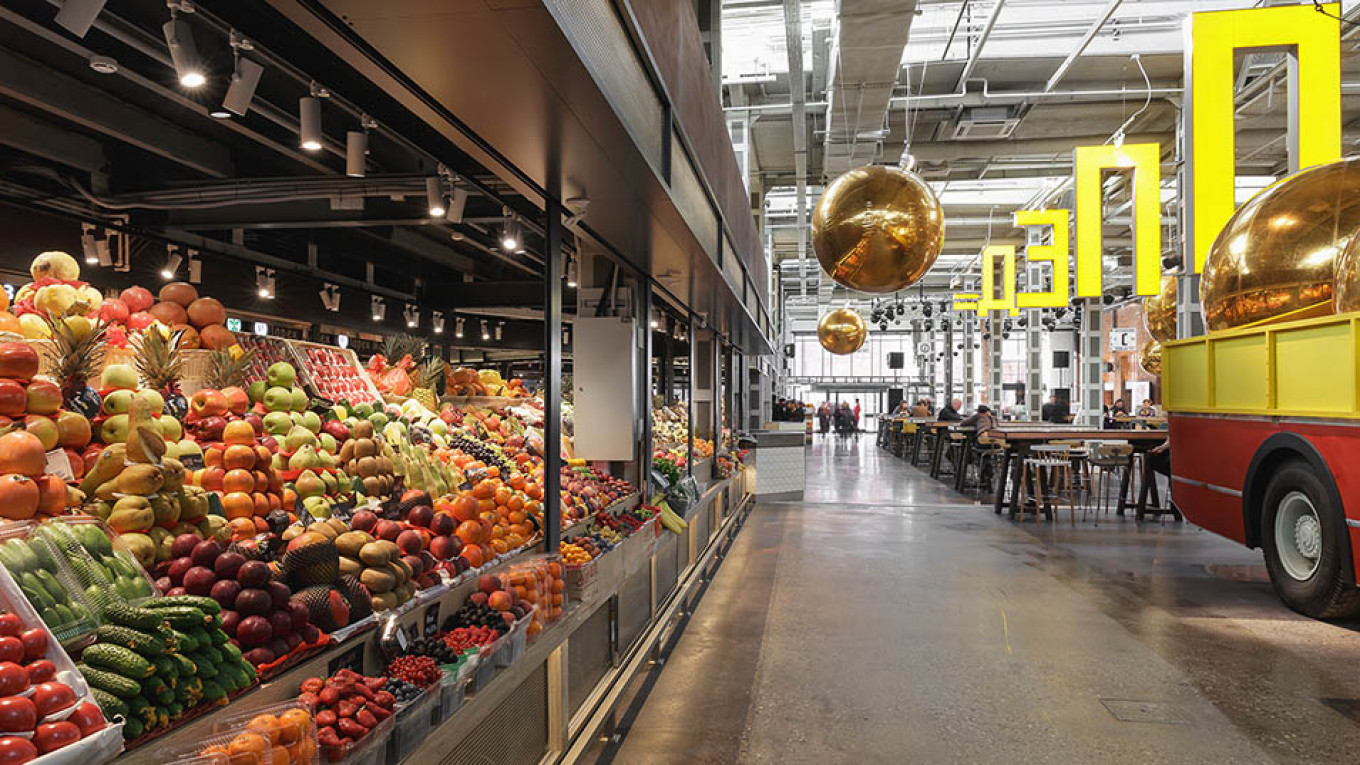 Exposed brick and pipework might conjure images of 20-something hipsters, but Depo’s clientele is surprisingly diverse, ranging from teenage fashionistas and parents with young children, to elderly people. Most are Russians, but English and Chinese language signs suggest that Depo also hopes to attract foreign clientele.

On a sunny Saturday afternoon, the space was packed. For those averse to crowds, a weekday visit would probably be more pleasant. A mundane but important heads-up: Yes, there are bathrooms here, including one that is wheelchair accessible.

The new jewel in Moscow’s culinary crown is not without controversy. Depo’s ownership is far from transparent, writes Anna Maslovskaya for Afisha Daily. Publicity material states that it is a project of restaurateur Alexei Vasilchuk, owner of the Chaikhona No. 1 Uzbek food chain. However, Maslovskaya reports that ownership can be traced back to God Nisanov and Zakhar Iliyev, the billionaire owners of the Kievskaya Ploshchad company. 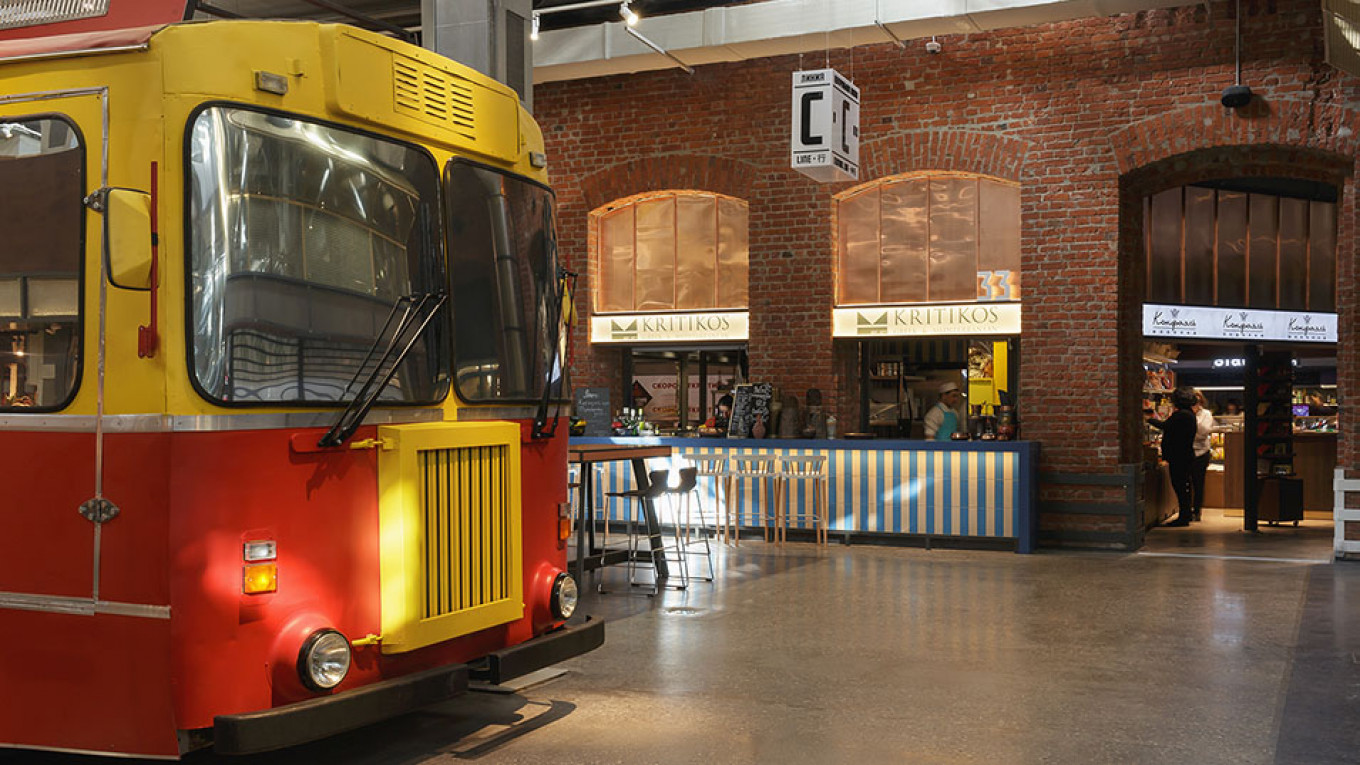 That a significant amount of money has been poured into the space is obvious. Depo’s design may be industrial but the pristine stalls, cloakroom, marble countertops and not-so-subtle security indicate that this is a corporate endeavor designed for profit.

Depo is not the cheapest option in Moscow’s food scene, but prices are by no means unreasonable. If you want a unique day out away from the usual tourist spots, the architecture alone makes it worth a visit.

Muscovites seem to think so.

Opening times: 10 a.m. – 11 p.m. daily. According to Depo’s website, these times are provisional and subject to change.