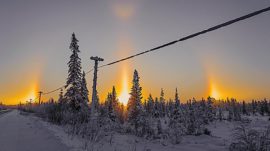 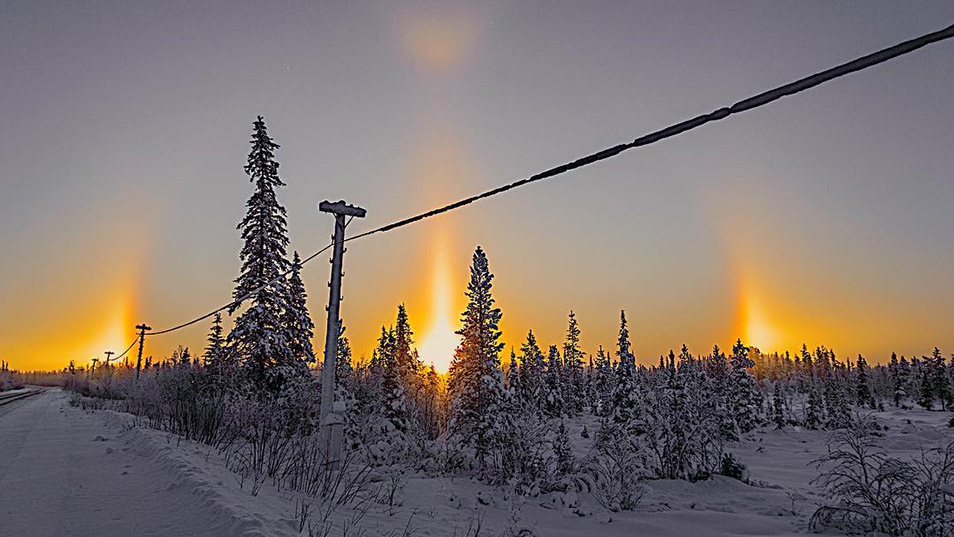 Early risers in the Yamal-Nenets autonomous district were treated to an enchanting illusion of three glowing suns on Wednesday morning.

The phenomenon is caused by tiny ice crystals refracting the light into the sky.

Local residents captured the optical illusion — also known as sundog and parhelion — and shared it on Instagram.

But while social media users were left in awe of the three celestial bodies, local residents took the trick of the light in their stride.

“I can’t say it’s rare in the district,” Artyom Koshkin, the head of the regional weather service, told the state-run RIA Novosti news agency on Wednesday.

The effects of the refracted light make for pleasant driving.

And so the region’s winter landscape is transformed by this meteorological curiosity.

First Russian Charged for Encouraging Children to ProtestMoscow Has the Worst Traffic Jams in the World, Study Says