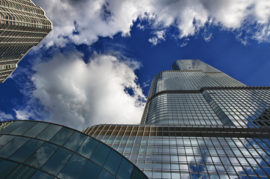 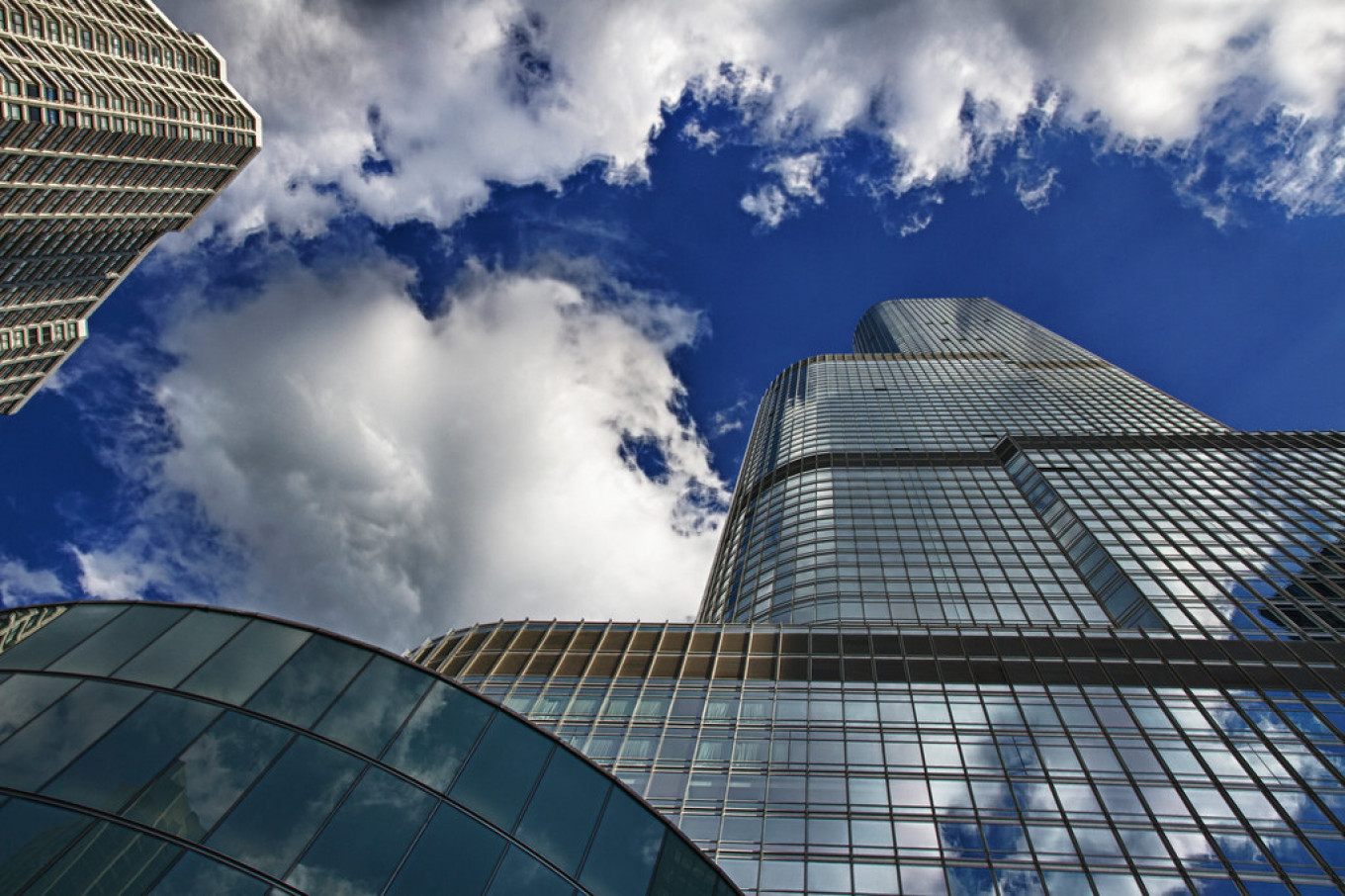 Felix Sater argued that a skyscraper in Moscow bearing Donald Trump’s name could be the key to putting the real-estate tycoon in the White House.

“Buddy our boy can become President of the USA and we can engineer it,” Sater, a Moscow-born businessman, wrote to Trump’s then-lawyer, Michael Cohen, on Nov. 3, 2015, according to Special Counsel Robert Mueller’s report.

“Putin gets on stage with Donald for a ribbon cutting for Trump Moscow, and Donald owns the republican nomination. And possibly beats Hillary and our boy is in,” wrote Sater, a former undercover asset to the FBI, who was twice convicted of felonies in the 1990s.

The project, known as Trump Tower Moscow, never materialized. But it became a central branch of Mueller’s investigation of Russian interference in the 2016 election because of concerns that the project was part of a conspiracy between Trump and the Kremlin.

Throughout his campaign, Trump repeatedly denied having any business interests in Russia, claiming in July 2016 that “the closest I came to Russia” was a Palm Beach home he sold to one of the country’s billionaires. “I have nothing to do with Russia,” he said.

It was a lie of omission. Trump signed a letter of intent with a Russian firm to build Trump Tower Moscow on Oct. 28, 2015, well after he began his campaign for president — a deal that promised him $4 million at the building’s groundbreaking and a percentage of its future revenue.

Mueller ultimately concluded the evidence “did not establish that the president was involved in an underlying crime” of conspiring with Russia.

But Trump’s effort to keep the tower a secret meant the Kremlin possessed compromising information on the presidential candidate, as the Russian government was aware of the project.

“Trump was lying to the country” when he said “he had no dealings with Russia,” House Judiciary Chairman Jerrold Nadler said in an interview with WNYC radio on Friday. Russian President Vladimir Putin “obviously knew about it,” Nadler said, “which could be damaging to a candidate for president or a president.”

Trump had sought to build a Trump Tower in Moscow for years, even tweeting about the idea in 2013. Around September 2015, four months into Trump’s presidential campaign, Sater approached Cohen with a fresh proposal. Sater had previously helped Trump with development deals, including ventures in Russia, and at one point even had an office in Trump Tower in New York on the same floor as the billionaire, according to Cohen.

We Told You So: Russian Officials React to Mueller Report on Collusion

Trump authorized Cohen, his lawyer and fixer at the time, to negotiate the Moscow deal on his behalf. Cohen said he kept Trump and his son, Donald Trump Jr., apprised of his progress.

Sater has said he and Cohen pursued the project because of the enormous amount of money they all could have made on what Cohen thought could be a $1 billion deal.

Despite Sater’s pitch that the tower might somehow help Trump win the election, Cohen told Mueller’s investigators that he didn’t consider its political impact and didn’t recall Trump or anyone affiliated with his campaign doing so.

Quite the opposite, Cohen told investigators: Trump thought his campaign would serve as an “infomercial” to boost his business and properties.

Cohen and Sater spent months trying to get Putin’s attention and support for the tower, including an attempt to arrange a meeting between the Republican presidential candidate and the Russian president. Cohen told Mueller’s prosecutors that Trump was prepared to make the trip if it would significantly improve the chances of the tower being built.

“Sater and Cohen believed the project required approval (whether express or implicit) from the Russian national government, including from the Presidential Administration of Russia,” Mueller wrote in his report.

Sater was also pursuing financing for the project from a Russian bank operating under U.S. sanctions, Genbank. The bank was owned by Yevgeny Dvoskin, who in 2000 was deported from the U.S. after being convicted on tax fraud and remained under U.S. indictment for stock fraud.

In November 2015, after Trump signed the letter-of-intent for the tower, a Russian named Lana Erchova emailed Ivanka Trump on behalf of her then-husband, Dmitry Klokov, who was at the time an official at a large Russian electricity company. Erchova offered her husband’s assistance to the campaign, describing him as someone close to Putin who had helped the Russian president win election.

Ivanka Trump, one of Trump’s daughters, forwarded the email to Cohen, who conducted an Internet search on Klokov and thought incorrectly that he was a former Olympic weightlifter. Klokov and Cohen talked on the phone and exchanged emails. The Russian told Cohen he could offer the Trump campaign “political synergy” and “synergy on a government level.”

He recommended that Cohen travel to Russia in order to facilitate a future meeting between Trump and someone Klokov called “our person of interest.” Mueller’s team was unable to verify an email saying that person was Putin.

Klokov added in a “second email to Cohen that, if publicized well, such a meeting could have ‘phenomenal impact in a business dimension’ and that the ‘person of interest[’s]’ ‘most important support’ could have significant ramifications for the ‘level of projects and their capacity,’” Mueller wrote.

Ultimately, Mueller didn’t find evidence Cohen ever brought Klokov’s offer of assistance to the Trump campaign. Cohen wound up sticking with Sater, who was separately pursuing a meeting between Trump and Putin through his own Russian contacts. Cohen eventually tried to make contact with the Kremlin himself, sending a letter to the general email address for the Russian government’s press secretary.

Cohen told Congress and Mueller’s investigators that he didn’t recall receiving a response to his email to the Kremlin and that he decided to stop work on the Moscow project in January 2016. Those statements were lies, which Cohen later said he told to stay with the “party line” and help put an end to Mueller’s probe.

In fact, Cohen received a response from a personal assistant to Putin’s press secretary on Jan. 20, 2016, and Cohen spoke to her by phone for 20 minutes.

“Cohen requested assistance in moving the project forward, both in securing land to build the project and with financing,” Mueller wrote.

Sater later sent an invitation for Cohen to visit Russia from Andrey Ryabinskiy of the company MHJ. Cohen went so far as to send a copy of his passport to Sater and even asked a Trump aide for a copy of the then-presidential candidate’s passport.

The planning continued into the spring of 2016, as Trump emerged as the leading contender for the Republican nomination. Cohen told Sater he would visit Russia before the Republican convention and that Trump would visit “once he becomes the nominee after the convention.”

Sater said last year that he and Cohen also discussed giving Putin a $50 million penthouse in the tower, though that statement wasn’t mentioned in Mueller’s redacted report.

Sater told Cohen that Putin’s spokesman wanted him to attend the St. Petersburg International Economic Forum in May, where Cohen might meet the Russian leader. Trump received multiple invitations from Russians to the forum, which is a sort of Russian counterpoint to the World Economic Forum in Davos, Switzerland. Trump turned them down, citing his schedule.

Cohen ultimately didn’t attend, telling investigators he wasn’t convinced by Sater’s claim that Putin’s spokesman was involved in the invitation.

Mueller’s team asked Trump numerous written questions about Trump Tower Moscow, including whether he knew about conversations with Russian government officials or about the planning for a trip to Russia. Trump said in a brief statement on the project that he couldn’t recall much about it.

Trump said his conversations with Cohen about the Moscow skyscraper were “brief” and “not memorable.”

“I was not enthused about the proposal, and I do not recall any discussion of travel to Russia in connection with it,” Trump wrote. “I do not remember discussing it with anyone else at the Trump Organization, although it is possible. I do not recall being aware at the time of any communications between Mr. Cohen or Felix Sater and any Russian government official regarding the Letter of Intent.”

Trump said that Cohen’s attempt to reach Putin by emailing his press office “should show there was no meaningful relationship with people in power in Russia.”

He also briefly addressed his denials that he had any business ties to Russia.

“I vaguely remember press inquiries and media reporting during the campaign about whether the Trump Organization had business dealings in Russia,” he wrote. “I may have spoken with campaign staff or Trump Organization employees regarding responses to requests for information, but I have no current recollection of any particular conversation, with whom I may have spoken, when, or the substance of any conversation.”

The president didn’t respond to follow-up questions about the project from Mueller’s office.

Cohen told Mueller’s investigators that he confronted Trump after his public denial of any involvement with Russia, “which Cohen regarded as untrue.”

According to Mueller’s report, Cohen said Trump told him “that Trump Tower Moscow was not a deal yet and said, ‘Why mention it if it is not a deal?’”