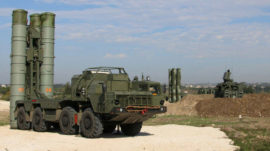 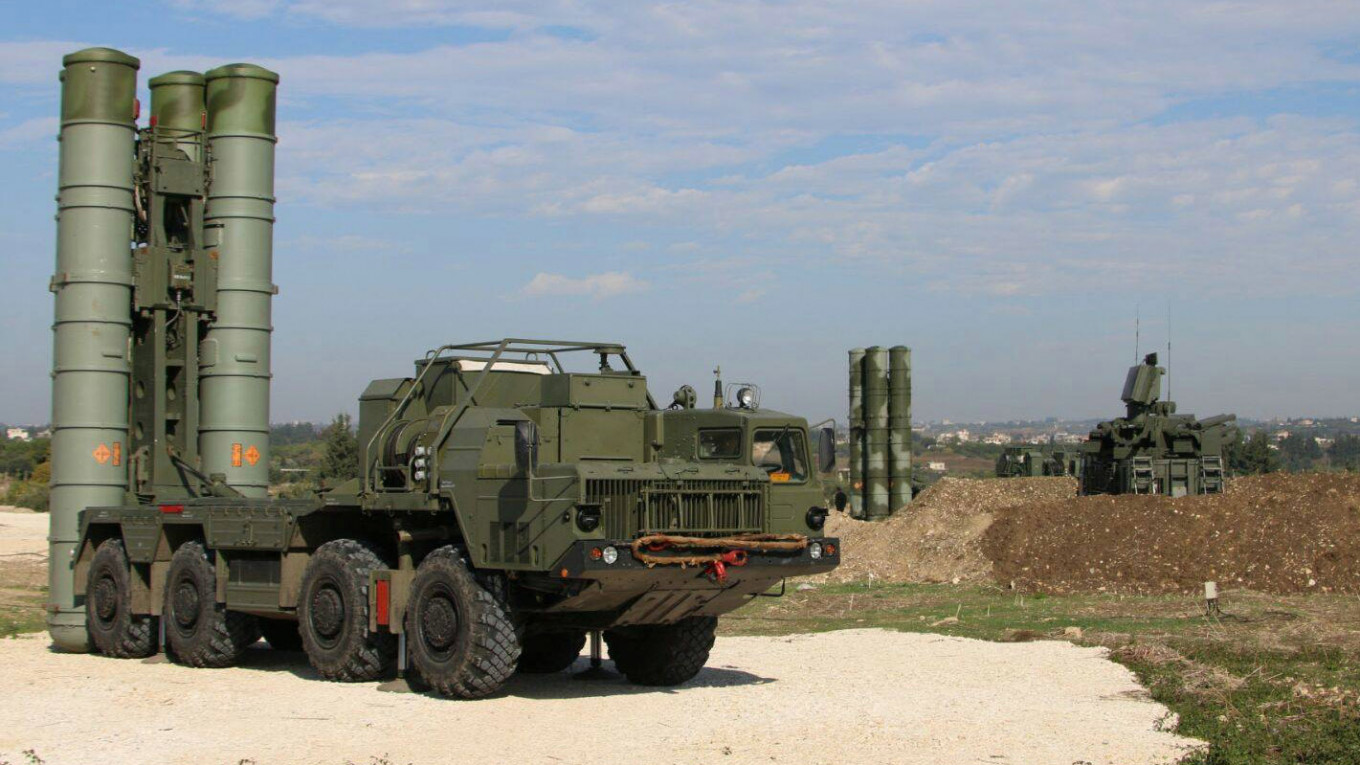 Turkey is considering a U.S. request to delay the purchase of a Russian missile-defense system into 2020, a move that could ease tensions between the NATO allies, according to two people familiar with the proposal.

The Trump administration last week asked Ankara to postpone receiving the advanced S-400 missile-defense system which was set for July, according to the people, who asked not to be identified discussing sensitive negotiations.

A delay would buy Turkey and the U.S. — which have the two largest militaries in the NATO alliance — more time to resolve an impasse that has strained relations and threatened to result in more sanctions on Turkey’s battered economy. The U.S. says the Russian missile system was designed to shoot down American and allied aircraft, including the F-35, which Turkish manufacturers help build.

The U.S. request comes as Turkish and U.S. officials are in talks to determine a date for a possible trip by President Donald Trump to Turkey. Treasury and Finance Minister Berat Albayrak, who’s also Turkish President Recep Tayyip Erdogan’s son-in-law, told CNN-Turk television on Sunday that the U.S. leader may visit in July.

Acting U.S. Defense Secretary Pat Shanahan has called Turkey’s planned purchase of the S-400 “incompatible” with the sale of F-35s. Turkey has said it intends to buy 100 of the stealthy next-generation fighter built by Lockheed Martin Corp. Secretary of State Michael Pompeo said last month that he’d told Turkish officials the country couldn’t remain in the F-35 program if it goes forward with its S-400 plans.

Erdogan’s government officials have repeatedly said there’s no going back on the S-400 purchase after they were stymied in efforts to buy U.S.-built Patriot missiles. The State Department shifted gears in December and notified Congress of a proposal to sell the Patriot system to Turkey. But last month Turkish Foreign Minister Mevlut Cavusoglu said the S-400 purchase was still a “done deal” and, in a jab at the North Atlantic Treaty Organization, said the alliance isn’t “capable” of protecting Turkey’s airspace.

Looming over Turkey’s reluctance to cancel the purchase are tough new U.S. sanctions that would be likely to worsen a slide in the lira, the worst performer in emerging markets after the Argentine peso. The Turkish currency trimmed its losses late Monday after the report that Erdogan’s government is considering the U.S. request and was trading 0.6% weaker against the dollar at 6.0928 at 8:28 a.m. in Istanbul on Tuesday.

Erdogan has remained firm in his public remarks, saying over the weekend that his country won’t be derailed by sanctions and threats “as long as we trust ourselves.”

“Those who understand that Turkey cannot be stopped are attacking our hopes, morale and determination to reach our goals,” Erdogan said in Ankara. “This is the biggest reason behind exchange-rate operations that affect interest rates and inflation.”

Turkey has repeatedly proposed creation of a joint commission with the U.S. and NATO to investigate whether S-400s really pose a risk to allied military equipment, including the F-35. If the U.S. — which has ruled out the proposal — would reconsider, Turkey might then agree to an S-400 delay, another Turkish official familiar with the matter said.

During a visit to Ankara on May 6, NATO Chief Secretary-General Jens Stoltenberg also tried to persuade Turkey to abandon its plan to buy Russian missiles by backing negotiations on an alternative U.S.-made Patriot missile-defense batteries.

Meanwhile, in a sign that tensions in another flashpoint between the two nations could be easing, the U.S. and Turkey are considering joint patrols of their military units to monitor a proposed northeast Syria safe zone, one of the people said. Trump’s announcement in December that he’d withdraw all U.S. forces from Syria was held up — and quickly scaled back — amid concerns Turkey would use the departure to attack America’s Kurdish allies.

The U.S. embassy in Ankara had no immediate comment on the Russian missiles or talks on the safe zone. Officials in Erdogan’s office didn’t respond to a request for comment.