Central Institute of Design and Technology (CPTI JSC, an enterprise of Rosatom’s TVEL Fuel Company) has been awarded and has signed the contract for supply of refuelling machines (RM) for Units 1-4 of Akkuyu NPP which is being constructed by Rosatom Russian State Corporation in Turkey, based on Russian project. 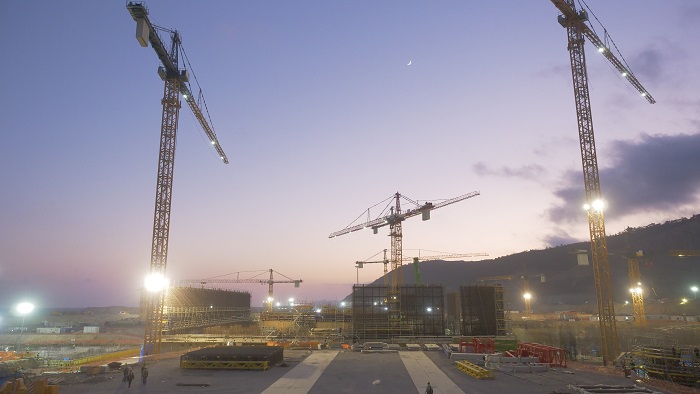 Under the contract, CPTI  will provide development of the technical documentation, supply RMs for each power unit at Akkuyu NPP, and installation. The equipment will be manufactured in Russia.

Refuelling machine is designed for nuclear fuel loading and replacement of spent fuel with fresh fuel assemblies during the operational cycle of a power unit. RMs are used for operations with nuclear fuel assemblies and absorbing rods of the reactor’s control and safety system, as well as for fuel cladding failure detection.

Central Design and Technology Institute (Moscow) is an engineering company that combines the design and development units of TVEL Fuel Company Enterprises. Its main activity areas are: the complex design of nuclear facilities, comprehensive engineering and radiation research, development of concepts and projects for decommissioning of nuclear and radiation hazardous facilities, design, manufacture and supply of non-standard technological equipment.

The machine is mounted on the hermetic vessel of the reactor building above the fuel storage pond and reactor pit. The total weight of the assembled RM will be approximately 55 tons.

CPTI has already begun to develop the technical project and necessary design documentation for manufacture of the RM for the Power Unit No. 1 of Akkuyu NPP – its supply is scheduled on 2022. The equipment supply for all four power units is to be provided by 2025, completion of installation – by the early 2026.

TVEL Fuel Company incorporates enterprises for the fabrication of nuclear fuel, conversion and enrichment of uranium, production of gas centrifuges, as well as research and design organizations. It is the only supplier of nuclear fuel for Russian nuclear power plants. TVEL Fuel Company of Rosatom provides nuclear fuel for 73 power reactors in 13 countries worldwide, research reactors in eight countries, as well as transport reactors of the Russian nuclear fleet. Every sixth power reactor in the world operates on fuel manufactured by TVEL. https://www.tvel.ru/
TITAN-2 Holding is a Russian group companies constructing nuclear power objects.  The Holding companies perform a full scope of works – from project documentation development to commissioning the facility. Holding is the main contractor for construction of Hanhikivi-1 NPP in Finland and Akkuyu NPP in Turkey. https://www.titan2.ru/
Akkuyu Nuclear Power Plant is the first nuclear power plant which is being constructed in the Republic of Turkey. Akkuyu nuclear power plant project includes four power units with Russian designed VVER 3+ generation reactors. Each power unit of NPP will have a capacity of 1200 MW. To date, the project has been fully financed by Russia. The Akkuyu NPP is the first project implemented in the global nuclear industry in accordance with Build-Own-Operate model. www.akkuyu.com
August 6, 2020