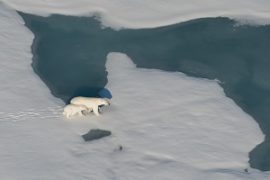 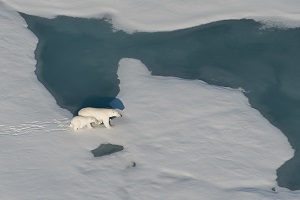 Two expeditions have started on the Arctic license areas of Rosneft Oil Company as part of the Company’s polar bear research programme. The use of Russian ultra-light amphibian aircraft will provide for surveying the previously unexplored remote areas. The total length of the air survey routes will exceed 4,000 km.

Specialists from the Severtsov Institute of Ecology and Evolution of RAS will examine the state of the Kara-Barents Sea polar bear population in the vicinity of Franz Josef Land and Yamalo-Nenets Autonomous District. Upon analysis of satellite tagging data and laboratory analysis of biological samples, they will evaluate the habitat and condition of polar bears in the waters of the Barents Sea and the Kara Sea at the Perseyevsky, Albanovsky, and East-Prinovozemelsky-3 license areas of Rosneft Oil Company. The scientists will assess the presence of anthropogenic pollution in polar bears from the Kara Sea islands, which have been monitored since 2018. During the 2019 field research, it is also planned to put collars with radio beacons on bears.

Specialists of the Central Siberian Reserve have started fieldwork to account for the number and density of polar bears and their food supply in the territory of Rosneft’s offshore license areas: the North-Kara area in the eastern part of the Kara Sea, as well as the Pritaimyrsky and Ust-Oleneksky areas in the western part of the Laptev Sea and in close proximity to them.

Biologists are expected to develop proposals for long-term monitoring of polar bear populations at the Company’s offshore license areas and to create a predictive model of risk management when meeting a polar bear. It will be used as a basis for the development of safety measures both for specialists working in the Arctic and for the preservation of polar bear populations.

Genetic analysis of the collected biological material will help to reveal the relations between polar bears of the Kara-Barents Sea population and the Laptev Sea population.

The 2019 expeditions engage specialists with unique experience in conducting scientific research and organising expeditions in the extreme natural and climatic conditions of the Arctic and the Far North. They participated in significant scientific projects, such as the satellite collar studies of wild reindeer on the Taimyr Peninsula, the census of ringed seals in the Yenisei Gulf and the Kara Sea, and the comprehensive environmental survey of natural monuments in the Popigai Astroblem Crater and in the Yenisei Gulf.

The polar bear is located at the top of the food pyramid and is an indicator of the state of the Arctic ecosystems. Therefore, the Company pays such attention to the study and preservation of this red-listed species for present and future generations. Since 2014, the Company has been conducting research on polar bears using advanced technology, as part of its comprehensive Arctic expeditions under the Programme for the Conservation of Marine Ecosystem Biodiversity at Rosneft’s license areas located in the Arctic zone of the Russian Federation.

Animals are marked with special collars fitted with satellite transmitters to track their routes; biological samples are being taken. These studies are part of the Company’s comprehensive polar bear support and protection programme.

According to the specialists’ research, there are from 22,000 to 31,000 of these animals across the globe nowadays. Polar bears inhabit all Arctic Basin including its shores and islands. The main factors determining its spreading are the marine ice, the existence of places suitable for birth lair making, and the food accessibility.