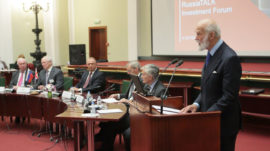 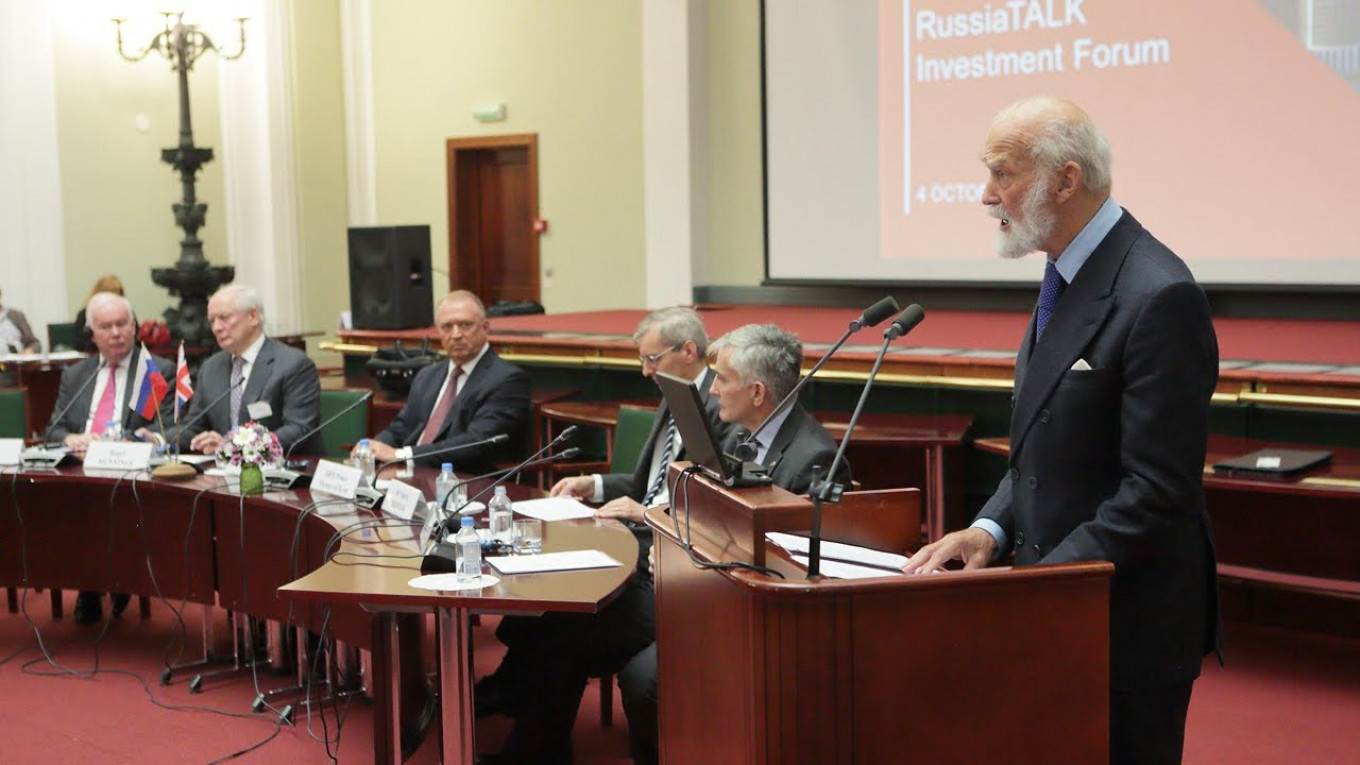 “Perception” was the word of the day at the annual RussiaTalk British-Russian investment forum in central Moscow last week.

The dozens of business leaders and investors who gathered in the Russian Chamber of Commerce — many of who have been based in Russia for years or have long-term investments and subsidiaries here — were keen to dispel what they see as myths about Russia as a place for British firms to operate.

“People outside Russia have a view of Russia that more often than not is simply wrong, or it’s old and outdated,” said Chris Weafer, the founder of Moscow-based Macro Advisory who has lived in Russia for more than two decades.

In many of the participants’ eyes, this misunderstanding is holding back stronger commercial ties between Russia and Britain, and has only deepened amid the geopolitical standoff between the two.

Following the annexation of Crimea, imposition of sanctions, and the Skripal poisoning last year, the notion of Russia as a profitable place to invest has been overridden by worries about a political relationship described as “complex” and “very bad” by the British Ambassador, Sir Laurie Bristow.

For those who have stuck around and want to foster stronger business ties, this has led to missed chances and untapped potential.

“Russia has very sophisticated consumers who want quality brands, and for a variety of reasons they look at British brands as quality goods and services. So it’s potentially a very good export market for the U.K.,” said Alf Torrents, executive director of the Russo-British Chamber of Commerce (RBCC), the forum’s organizer.

“Unfortunately, this should be the prime time for that to be happening. We’re an apolitical organization, but you can’t ignore that the politics has probably impeded businesses really taking the opportunities.”

All Would Have Died If Russia Was Behind Salisbury Attack, U.K. Novichok Victim Told

Statistics bear that out. For Britain, the world’s largest country is still a small market — accounting for less than 1% of all exports. While British trade is up one-fifth since 2013, U.K. sales to Russia have dropped 24%.

The investment picture tells a similar story. Although difficult to measure given the use of offshore holding companies and investment vehicles, U.K. statistics show a 29% fall in British foreign direct investment (FDI) in Russia between 2013 and 2017, while earnings from those investments dropped by more than half over the same period.

In terms of firms actually in Russia, the RBCC estimates the number of British businesses with a physical presence has probably fallen from 600 to below 300.

Those U.K. companies who have bucked the trend and stayed in Russia are now some of the loudest champions for doing business in Russia. Alongside giants like BP, Jaguar Land Rover and British American Tobacco, that includes smaller businesses. For instance, equipment manufacturer JCB is expanding its Russian footprint, general manager Nick Grills told the forum, and Guy Willner, CEO of London-based data centre providers Ixcellerate, announced plans to increase the company’s Russian head-count four-fold over the next three years.

Aside from arguing there is money to be made here, another perception businesses want to address is the potential of the Russian workforce.

“Britain needs to look at Russia as a resource, and not as somewhere where they may or may not invest — because it’s very much a two-way street,” said Roger Munnings, former head of KPMG Russia who now sits on the boards of Russian corporate giants Lukoil, Nornickel, and Sistema.

“The fact is there is so much brain power here, there is so much focus on entrepreneurship here, that actually we in Britain should be looking at this as an opportunity where we can partner with the Russians,” he said, pointing to the fintech sector in particular.

Ixcellerate’s Willner said that a lot of technology development is being invented and brought to fruition by Russian teams.

“It’s not a bunch of foreigners coming and saying ‘do this, do that.’ Technology knowledge has transferred from Russia to our [U.K.] team,” he said

In a bid to capitalize on Russian “brain power” in engineering, BP and Rosneft recently launched a joint degree program between Kazan University and Imperial College London to train its next generation of specialists.

Despite the optimism from those businesses who have successfully weathered the recent turmoil of sanctions and recession in Russia, the country remains a hard sell back in the U.K. Convincing companies who have no experience here to come to Russia or start exporting to Russia is almost impossible, Weafer said.

“Getting companies to come in here and see the opportunity is often the biggest challenge. If you go to a company in Europe, the U.S. or the U.K., they ask ‘why would I go to Russia?’”

RBCC’s Torrents added: “I agree with that 200%, and in fact a lot of the RBCC’s job is actually trying to correct that perception.” He said, however, that businesses themselves can’t be the only ones banging the drum for U.K.-Russia commercial ties.

“Although the U.K. government has always supported sanctions-compliant businesses, Russia has not been a priority market for the U.K. government for some time. Our experience is that businesses like to operate within a government umbrella. Because of that, if a market is not a priority for the Department for International Trade, businesses will often look at markets that are more of a priority. In particular that affects small businesses — if they aren’t getting sufficient encouragement, there are definitely easier markets to go for.”

From the Russian side, Weafer said the Kremlin also has a role to play if it wants to seriously attract more British investment.