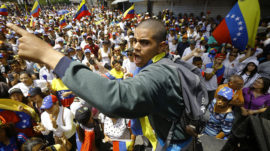 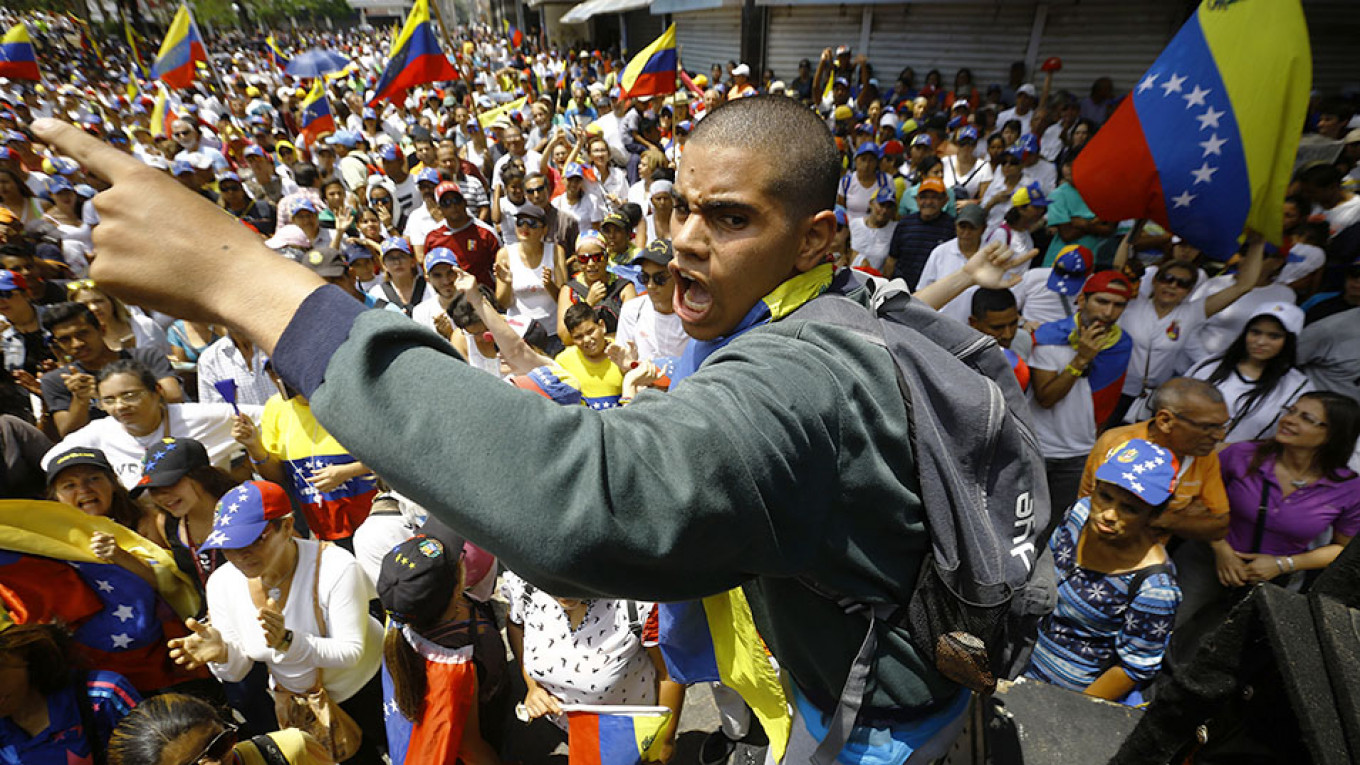 “This story is not complete without acknowledging the central role Cuba and Russia have played and continue to play in undermining the democratic dreams of the Venezuelan people and their welfare,” Pompeo told reporters.

“Moscow, like Havana, continues to provide political cover to the Maduro regime, while pressuring countries to disregard the democratic legitimacy of the interim president Guaido,” he added.

The Trump administration has taken several steps in recent weeks to ratchet up pressure on Maduro and bolster Venezuelan opposition leader Juan Guaido, recognized by the United States and more than 50 other countries as interim president.

Venezuela Sets the Stage for a Putin-Trump Confrontation

However, Maduro, who has accused Guaido of a U.S.-directed coup attempt, retains the backing of Russia and China as well as control of state institutions including the military.

Earlier, the U.S. Treasury said all U.S. assets of Evrofinance, described as jointly owned by Russian and Venezuelan state-owned companies, would be frozen and U.S. citizens prohibited from doing business with it.

Washington has called on foreign banks to ensure that Maduro and Venezuelan government officials are not hiding financial assets abroad.

Evrofinance was set up in 2011 with Venezuela’s National Development Fund, commonly known as FONDEN, taking a 49 percent stake in the bank, the Treasury Department said.

Russia’s Gazprombank and the Russian state bank VTB Bank each took a 25 percent interest in Evrofinance, which was founded as a bi-national bank to fund joint Russia-Venezuela oil and infrastructure projects, the department said.

Evrofinance was the primary international financial bank that helped finance a Venezuelan crypto-currency, the petro, which launched last year in an attempt to “circumvent” U.S. sanctions, the Treasury Department said.

Evrofinance said in a statement on its website that it was operating in a “stable manner” and will “fulfill all of its obligations towards clients and partners.”

Gazprombank, which is Russia’s third biggest lender by assets and includes among its shareholders Russian state gas company Gazprom, said in a statement that the U.S. Treasury decision would not affect it.

“Gazprombank has a minority stake in Evrofinance Mosnarbank,” Gazprombank said. “Gazprombank does not carry out operations on the accounts of companies that are sanctioned by the U.S. over Venezuela.”