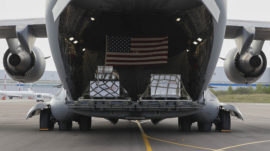 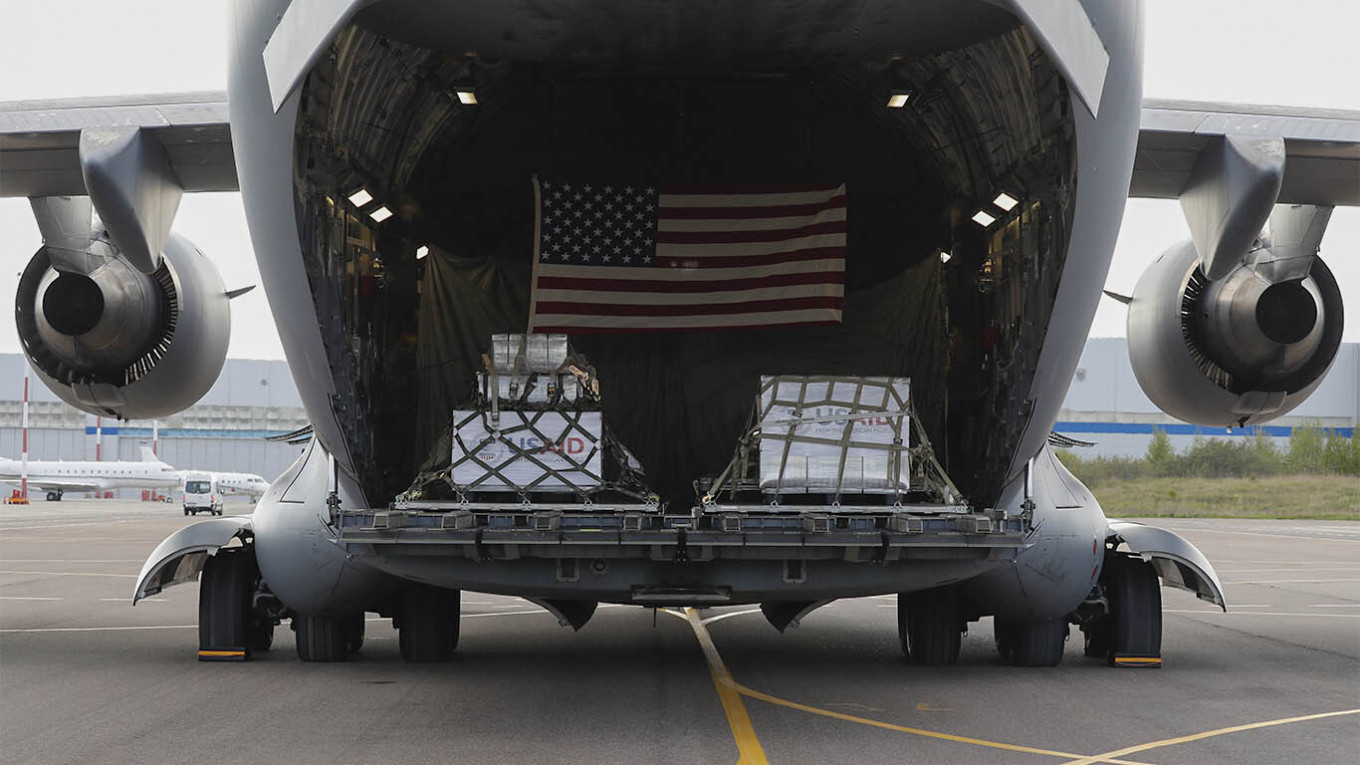 A U.S. military plane carrying dozens of donated American ventilators touched down in Moscow Thursday, with the precious cargo ready to be sent to a hospital treating coronavirus patients.

The 50 ventilators are “the first part of a humanitarian donation of a total of 200 much-needed U.S.-manufactured ventilators to Russia,” valued at $5.6 million, the U.S. Embassy in Moscow said in a statement.

U.S. Coronavirus Aid ‘On Its Way’ to Russia: Pompeo

Embassy spokeswoman Rebecca Ross posted a photo online of a US Air Force cargo plane after it arrived in the Russian capital’s Vnukovo Airport.

“In times of crisis, the United States and Russia must work together to save lives,” she wrote.

Russian Foreign Ministry spokeswoman Maria Zakharova said the rest of the ventilators were expected next week.

Thursday’s shipment will go to the Pirogov National Medical and Surgical Center in Moscow.

The move follows a shipment by Moscow of Russian ventilators to New York on April 1.

However they were never used and are unlikely to be after the same model was implicated in two fires in Russian hospitals.

U.S. authorities said the Russian ventilators were given to the states of New York and New Jersey but were returned to the Federal Emergency Management Agency as a precaution as Russia conducts a safety probe.

Zakharova said both shipments were purely “humanitarian,” though the U.S. State Department had said Russia’s shipment was a purchase not a donation.

Russia is second to the United States in the total number of coronavirus infections with 317,554 reported cases and more than 3,000 deaths nationwide.