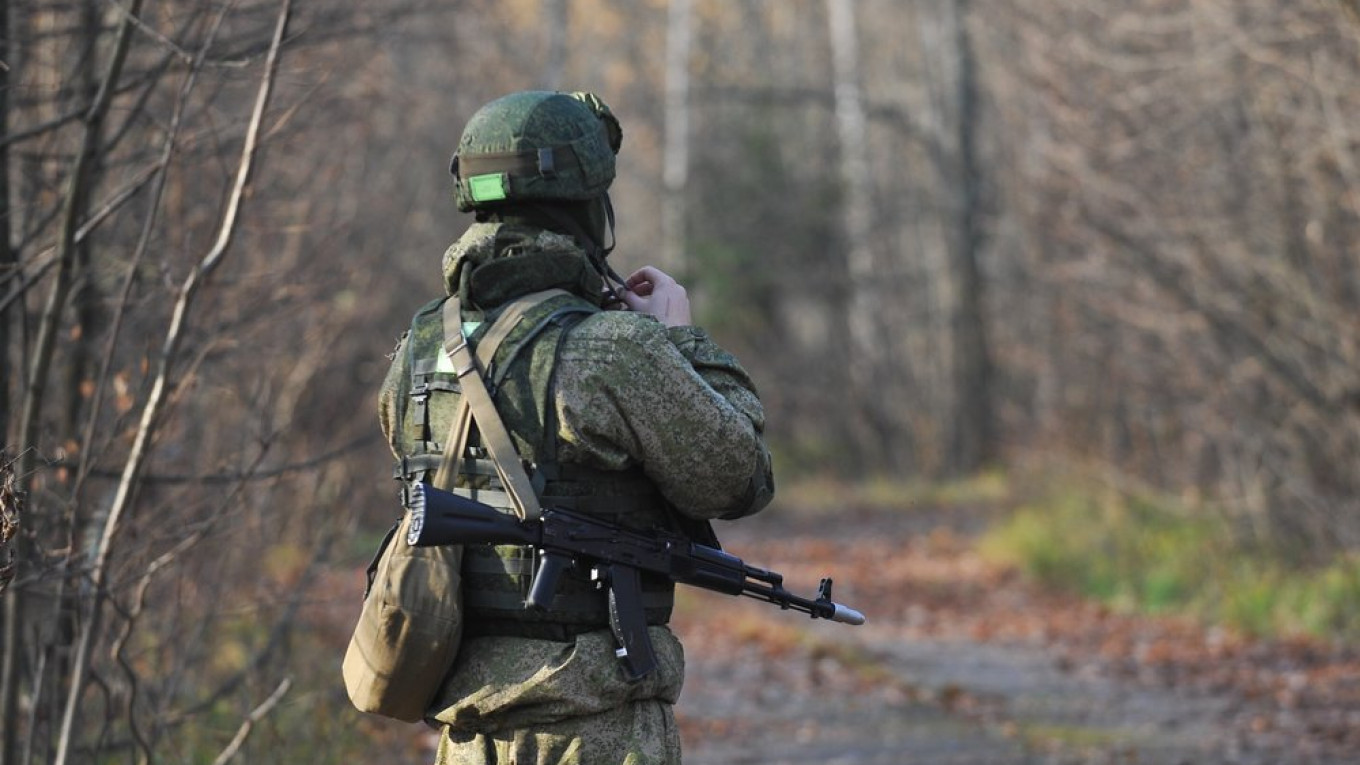 The detention of 33 Russians described as members of the Wagner mercenary group on the eve of a disputed presidential election in Belarus was a joint U.S.-Ukrainian operation, President Vladimir Putin said Thursday.

Belarus has accused the men of seeking to destabilize the country by colluding with opposition leaders to orchestrate mass disorder. Belarus returned 32 of the detained Russians weeks later as Belarusians took to the streets to protest the results of the Aug. 9 vote in which President Alexander Lukashenko claimed victory.

“This operation was carried out jointly by Ukrainian and U.S. special services,” Putin said in a televised interview without providing evidence.

“It’s a known fact now and some participants of the process, or those who are well-informed, aren’t even hiding it.”

Putin said in the interview that the detained Russians were tricked into traveling to Belarus with forged documents “for absolutely legal work in Latin America and the Middle East.”

“In reality, they were dragged into Belarus and presented as a quote-unquote ‘strike force’ to destabilize the situation during the presidential campaign,” Putin told the Rossia 24 state broadcaster.

“Our border agents, by the way, wouldn’t have let them out of the country,” he said.

On Aug. 6, Russia’s Komsomolskaya Pravda tabloid reported that Ukrainian intelligence had lured the 33 Russian mercenaries — some of whom are Donbass war veterans — to Belarus in order to detain them, but the mission reportedly failed due to a leak. Kiev called the report “disinformation.”