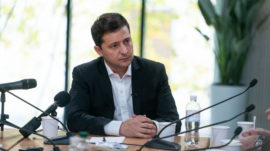 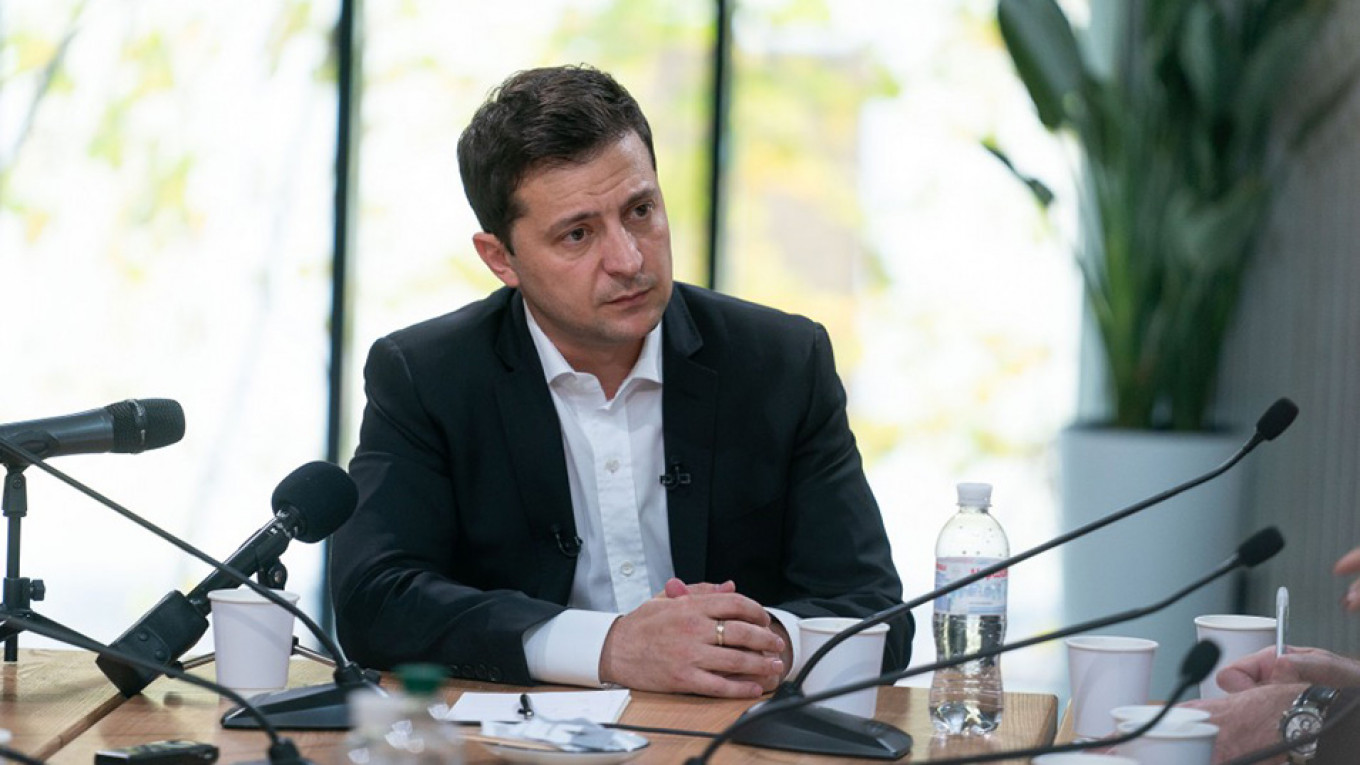 Ukrainian President Volodymyr Zelenskiy on Thursday accused Russia of delaying a summit aimed at resolving the conflict between Kiev and pro-Russian separatists in Ukraine’s east, but Moscow said Kiev needed to pull back its troops first.

Ukraine, France and Germany had planned to hold the meeting of the group known as the Normandy Four, aimed at resolving the five-year-long conflict, as early as last month, Zelenskiy told reporters, but Russia turned down the proposal.

“We are ready to meet at any date,” he said.

In a breakthrough, Ukrainian, Russian and separatist negotiators agreed last month that Kiev would grant the territory controlled by the separatists a special status and hold local elections there — prompting protests at home by critics who accused Zelenskiy of yielding to Moscow.

Under the agreement, separatist fighters and Ukrainian troops would also pull back from the line of contact. But the pullback, originally scheduled for Oct.7, has not happened yet because Ukraine accused the separatists of shelling its positions and said it would only withdraw after a straight week of full ceasefire observance.

On Thursday, Zelenskiy told reporters he wanted Russia to guarantee that the rebels would pull back. Moscow, in turn, said that troop withdrawal was a prerequisite for a fresh Normandy Four summit.

“Ukraine has not yet started the practical implementation of the agreements … on troop pullback in Zolotoye and Petrovskoye,” Kremlin aide Yury Ushakov told reporters on Thursday, referring to the locations where Ukrainian government forces and separatists were supposed to withdraw from the line of contact.

“We hope the process gets off the ground and then we will discuss the timing of a Normandy Four summit.”

Zelenskiy, however, said that if the Normandy talks stall, Kiev would look for other ways to resolve the conflict.

“(In that case) … we would stop going, for the near future, under this government, we would stop pursuing that path and will look for other options,” he told reporters.

Zelenskiy did not clarify whether that meant trying to bypass Russia altogether.