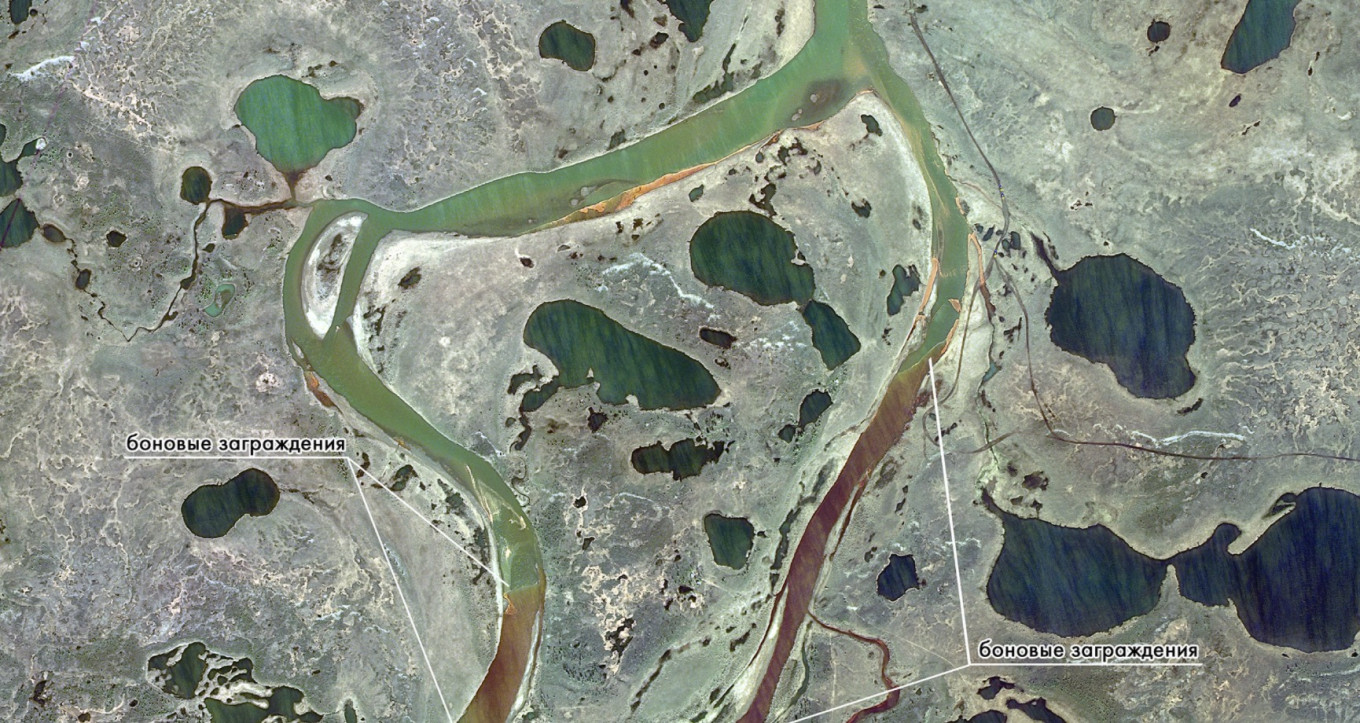 President Vladimir Putin declared a state of emergency last Wednesday, several days after 21,000 metric tons of diesel leaked from a collapsed fuel tank outside the city of Norilsk. Massive concentrations of pollution were recorded in a nearby river, a phenomenon that local environmental officials said was due to the floating dams being ineffective or installed too late.

“The fuel got into Lake Pyasino,” said Alexander Uss, the governor of the Krasnoyarsk region, referring to the Arctic body of water 20 kilometers from the site of the spill.

Lake Pyasino is a major body of water and the source of the Pyasina River that is vitally important to the entire Taimyr peninsula. The Pyasina River flows into the Kara Sea, which is part of the Arctic Ocean.

“It’s impossible to predict how it will bear this load. It’s important now to keep it from reaching the Pyasina River, which goes further north,” Uss told the local broadcaster Yenisey.

Russia’s Emergency Situations Ministry said later Tuesday that the oil concentration at Lake Pyasino did not exceed the norm.

On Friday, the Emergency Situations Ministry had announced that the spread of pollution had been “stopped.” The spill polluted huge stretches of river, triggering a major clean-up effort.

A spokesman for Russia’s Marine Rescue Service last week called the spill an unprecedented event for the Arctic region. Russian officials have said it was caused by melting permafrost and the prosecutor general has ordered a review of structures built on unstable ground.

Vladimir Potanin, the head of metals giant Norilsk Nickel which owns the thermal power plant where the spill originated, told Putin last week his company would pay for clean-up efforts.

Sixty-five percent of Russia is covered by permafrost and the Environment Ministry warned in 2018 that its melt threatens pipes and structures as well as buried toxic waste which can seep into waterways.

Four criminal cases have been opened in connection with the incident.