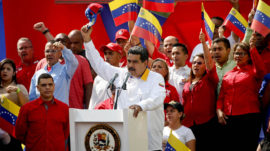 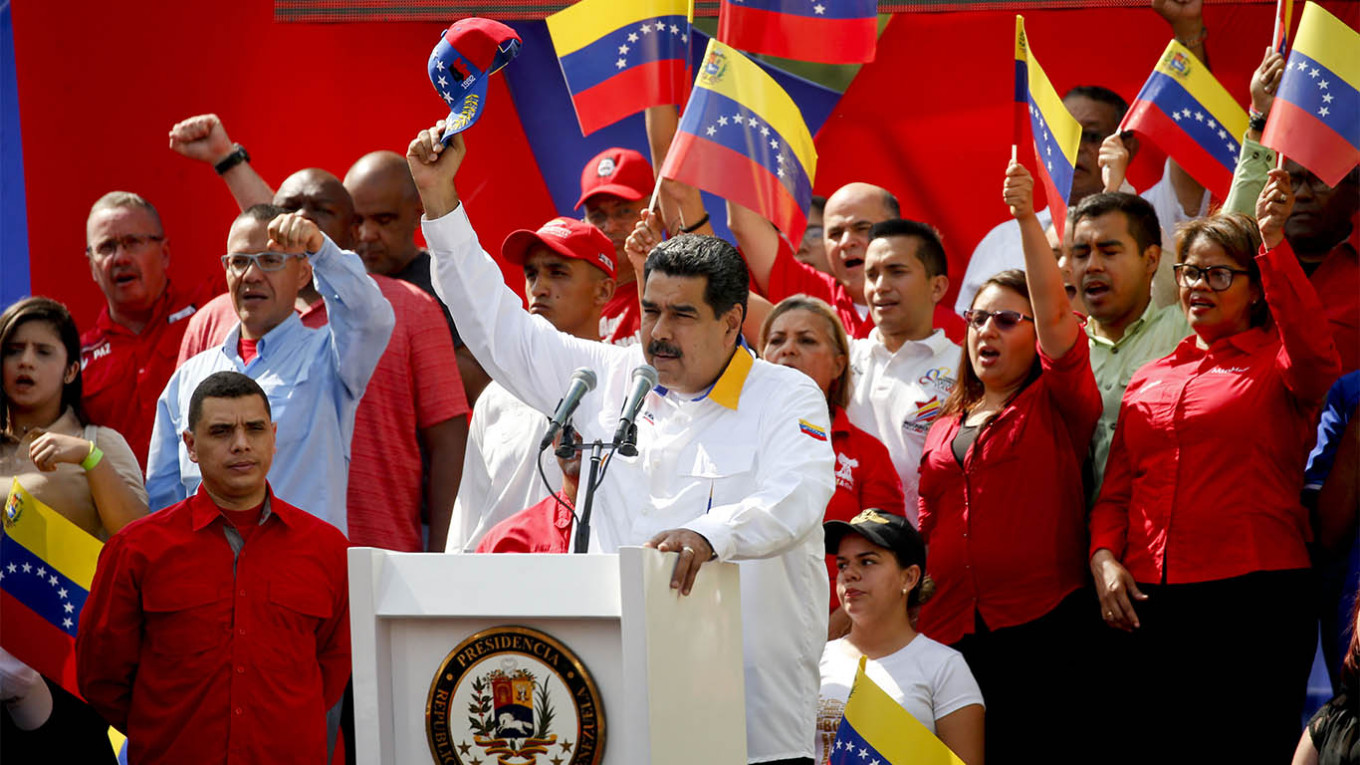 Venezuela announced Monday that it had killed eight and arrested 17, including two former U.S. Green Berets, on suspicion of trying to topple Maduro in an operation supported by the opposition. Venezuela’s attorney general said that opposition leader Juan Guaido, who is backed by the U.S. and dozens of countries, had signed a $212 million contract with “hired mercenaries.”

An agreement between members of Venezuela’s opposition and the security firm Silvercorp USA published by The Washington Post details the plan to “capture/detain/remove” Maduro and install Guaido as president.

The document is allegedly signed by Guaido’s adviser Juan Rendon, opposition legislator Sergio Vergara and Silvercorp founder Jordan Goudreau, but not by Guaido himself.

Guaido, whose alleged signature appears on an Oct. 16, 2019, general services agreement with the firm, has denied links to Silvercorp.

Canadian-born Goudreau, an Iraq and Afghanistan war veteran, has admitted the existence of the operation in a video, and claims Silvercorp was contracted by Venezuela‘s opposition. He told The Washington Post that he hired the two arrested ex-Green Berets as “supervisors” and had known them for years.

In the video, Goudreau shows what he claims is a contract signed by Guaido, whose press team subsequently denied having any agreements with private security firms.

U.S. President Donald Trump told reporters Tuesday that “It has nothing to do with our government.”

Russia’s Foreign Ministry said Wednesday that it found Washington’s denial of involvement in an alleged mercenary attack in Venezuela “unconvincing.”

In a statement, the Russian ministry pointed to earlier warnings by Trump’s administration that “all options” are on the table, implying the possibility of military action.

Russia supports Maduro, whom the United States has been unsuccessfully trying to topple for more than a year. Russia and the U.S. have regularly clashed over Venezuela, with Moscow claiming earlier this year that Washington was attempting to create a pretext for military intervention there.

The Russian ministry said “the actions of the mercenaries deserve unequivocal and decisive condemnation,” especially during the coronavirus pandemic.

“There should be no place on Venezuelan soil for mercenaries sent from elsewhere,” the ministry said.

It pointed to Venezuela‘s claim that the captured men are linked to U.S. special forces.

It condemned “certain countries” for their “political tunnel vision and obsession with removing the lawful president of Venezuela from power.”

Venezuela, which is almost entirely dependent on its oil revenues, is reeling from six years of recession, with millions facing a shortage of basic necessities. Poverty has soared while around 5 million people have fled the country, according to United Nations figures.

Enhanced safety measures to be imposed during changeovers of shift workers at Gazprom Transgaz SurgutRussia Is Boasting About Low Coronavirus Deaths. The Numbers Are Deceiving.