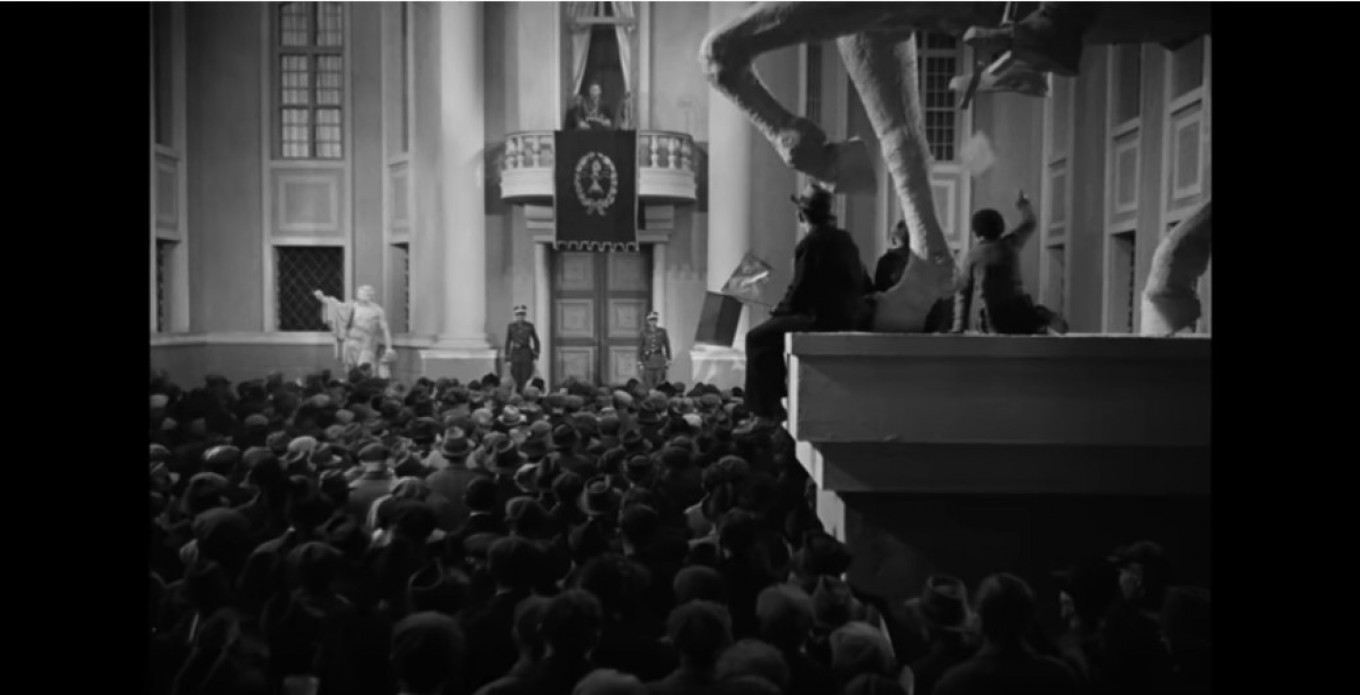 Flipping through the film catalog… looking for something relevant…

Oh! Here’s something: the 1937 film “Bílá nemoc” (The White Plague), directed by and starring Czech director Hugo Haas  and based on a play by Czech writer Karel Čapek. It’s about a bellicose, nationalist leader whose plans to invade a smaller country are complicated by a strange illness making its way through his nation. They call it the “white disease” since people’s skin and bodies seem to turn to white marble.

The disease came from China and only affects people older than 45.

One doctor has the cure, but he has a condition: stop the war.

Hitting a little close to home? Maybe. But it’s a fascinating film, beautiful shot in expressive black and white. Does good prevail over evil? You find out in the last minute.

It has been restored and has English subtitles.