Culture | What Does Turkey’s Syria Offensive Mean For Russia?
RssMail

What Does Turkey’s Syria Offensive Mean For Russia? 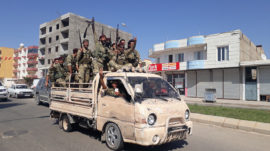 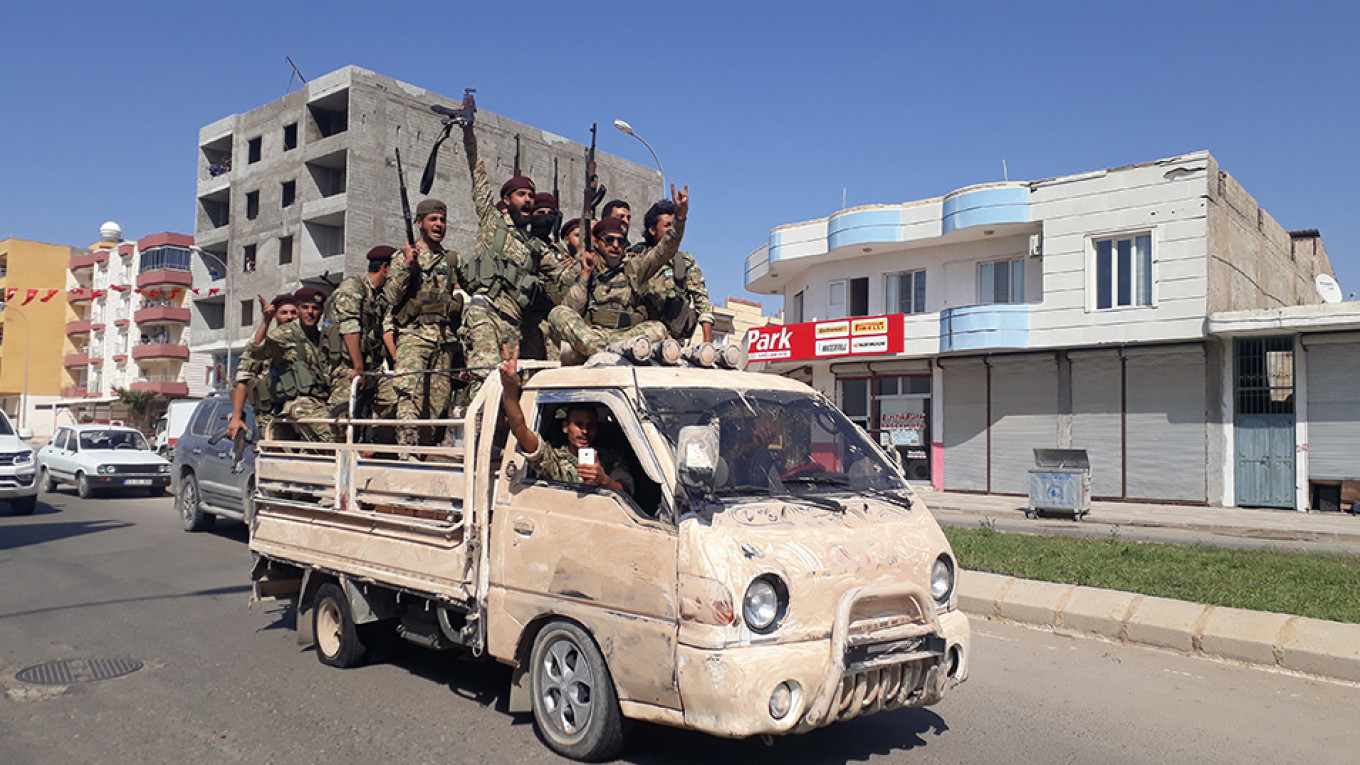 Turkish troops and their Syrian rebel allies attacked Kurdish militia in northeast Syria on Wednesday, pounding them with air strikes and artillery before starting a cross-border ground operation that could transform an eight-year war.

Turkey’s assault on the Kurds is potentially one of the biggest shifts in years in the Syrian war that has drawn in global and regional powers. Russia, Assad’s strongest foreign ally, is urging dialogue between Damascus and Syria’s Kurds.

President Vladimir Putin told his Turkish counterpart Recep Tayyip Erdogan by phone on Wednesday to avoid any steps in Syria that could damage the country’s peace process, the Kremlin said.

— “In this tug-of-war for Turkey, Russia has positioned itself as a more pragmatic, predictable and ‘delivering’ partner than the United States. Such was the case with the sale of the S-400 to Turkey.”

— “Despite its wise posture on the issue, Moscow is wary that the Turkish operation may upset its own important projects, among them Russia’s brainchild, the Syrian Constitutional Committee. Russia’s primary concern is the future of the committee, and it is sending a message to Turkey that its offensive in northeast Syria must not impede the committee’s progress.”

— “Turkey’s current actions do not affect [its] friendship [with Russia]. They will not affect it until interests vital for the Kremlin are touched.”

— “No harsh reaction on the part of the world community could stop the war. We need a demonstration of will from other states because this is not about maintaining territorial integrity, but about the real genocide of the Kurds, the same kind of genocide that happened with Armenians and Jews.”

— “It’s sad that there is no reaction [from other countries]. This demonstrates their attitude toward this conflict: that they support Turkey.”

Boris Dolgov, senior researcher at the Russian Academy of Sciences’ Center for Arab and Islamic Studies:

— “Of course, this is a violation of international law and a violation of the integrity of Syria, insofar as the Turkish army has neither a mandate from the UN nor a request from the Syrian government. It is illegal, but it is explained by Turkey’s motives to ensure the country’s security.”

— “This [Turkish operation] is an exacerbation of the Syrian crisis … and the Syrian government will take all measures to ensure its territorial integrity. The way the situation develops will depend on the position of the guarantor countries — Russia, Iran and Turkey.”

— “Russia has a complicated role in this conflict, as the balance of power in the region was disrupted when the U.S. left. Russia’s function is to restrain Turkey.”

— “Russia’s interests are fundamentally connected with resolving the situation in the Middle East. Russia has no practical interests in the Kurd-controlled region and it doesn’t need to use military intervention to solve problems here. The oil reserves in Kurdish territory are small; there’s much more oil in Iraq.”

Nikita Isayev, director of the Kremlin-friendly Institute of Actual Economics:

— “The conflict challenges and even threatens the Astana trio of Moscow-Tehran-Ankara. It is possible that the coalition will cease to exist.”

— “Relations with Turkey are extremely important for Russia because it is a transport hub where several gas lines pass. And for the U.S., Turkey is a member of NATO and an important player in the Middle East. I think that Russia and the United States will take a position to resolve the conflict. The Kurds will be left alone and can rely only on active Russian neutrality.”

— “Russia will likely propose an emergency UN Security Council meeting where it will advocate for de-escalation of the conflict and to be a mediator in this. In this case, Russia will strengthen its influence in the Middle East from both a political and economic point of view.”