Culture | What If Trump Calls Putin? Balts and Poles Worry After Syria
RssMail

What If Trump Calls Putin? Balts and Poles Worry After Syria 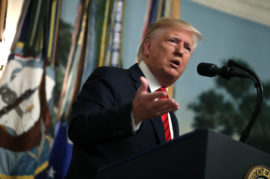 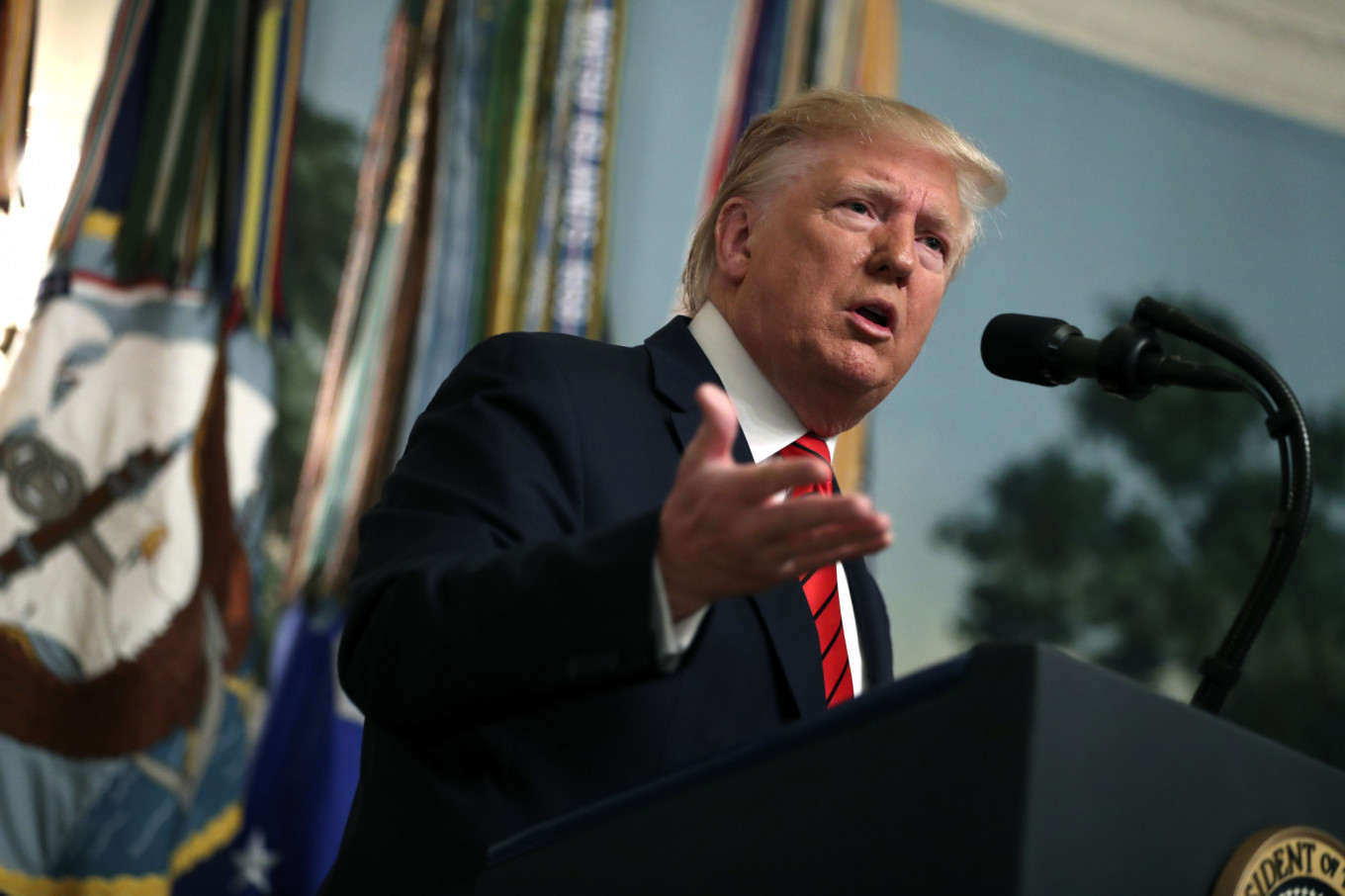 Estonia is more than 2,000 miles from the Levant, yet ripples from President Donald Trump’s recent actions in Syria are reaching all the way to the Baltic Sea.

Trump’s Oct. 6 decision to withdraw troops from parts of Northern Syria was made in a phone call with Turkey’s President Recep Tayyip Erdogan that caught other NATO allies, as well as the Pentagon, by surprise.

That was hard to watch for some in the three small Baltic states and Poland, North Atlantic Treaty Organization members that rely heavily on the U.S. for their security. Trump effectively sidelined his own military to make way for Turkey to attack Kurdish allies of the U.S., who have borne the brunt of the fight against Islamic State in Syria.

NATO, Estonia’s Interior Minister Mart Helme later told journalists in Tallinn, had become “paralyzed” by disputes over Middle East policy between the U.S. and Turkey, as well as among European members of the alliance.

Worse, U.S. foreign policy consensus had broken down and was unlikely to return so long as Trump faces both elections in 2020 and an impeachment inquiry. “These are very serious alarms also for us,” Helme said.

Although part of Estonia’s coalition government, Helme is from the nationalist EKRE party and considered outside the foreign policy mainstream. Still, the comments were remarkable, because these kinds of worries over the solidity of U.S. security guarantees are rarely heard from Baltic or other eastern European leaders. They have few alternatives should Trump ever decide, after a similar phone call with Russia’s President Vladimir Putin, to dial back U.S. commitments to NATO in eastern Europe.

“It’s not just Syria, it’s Russia’s return to the G7, which shows that Trump is ready to make agreements with Putin’s Russia and such agreements will come at the expense of central and eastern Europe,” said Tomasz Siemoniak, Poland’s Defense Minister from 2011 to 2015, and now deputy of the main opposition party, Civic Platform.

Russia was ejected from the then Group of Eight nations over Putin’s 2014 annexation of Crimea. Trump has since called for Russia’s readmission, despite lack of progress toward a settlement in Ukraine, and will host next year’s G7 summit.

Poland and the Baltic states of Estonia, Lithuania and Latvia have long been at the center of security issues between Moscow and the West. In 1997, the NATO-Russia Founding Act pledged the military alliance to avoid the “additional permanent stationing of substantial combat forces” in these countries, but that agreement in effect collapsed after Russia seized Crimea. NATO now deploys a rotating military presence in the Baltic countries to show its determination to defend them if attacked. Russia denies any intent to invade.

The U.S. has “consistently affirmed its support for NATO including to collective defense,” a State Department spokesperson said. “We reiterate our strong support for our Baltic allies.”

So far, whatever Trump may have tweeted or said to question the value of NATO or of alliances in general, U.S. commitments of troops and treasure to the defense of eastern Europe have continued to grow since he took office.

“I think it is entirely inaccurate to say that the U.S. is distracted or that somehow we’ve done something that puts eastern Europe in a precarious position,” said retired Lt. General Ben Hodges, former commander of U.S. Army forces in Europe, who is now Pershing Chair in Strategic Studies at the Center for European Policy Analysis, a Washington think tank.

The way the decision to withdraw in Syria was made, and the failure to consult first with allies, were mistakes, Hodges said. Yet Turkey is itself a NATO ally of more than 50 years standing, he added. As a result, the alliance of necessity the U.S. formed with Kurdish units in Syria that Turkey considers terrorists was probably a mistake, too, which at some point had to be corrected.

“What this points to is the need for a strategic vision by NATO and by the European Union for this region – the Black Sea region, the Balkans, the Middle East,” said Hodges, in a phone interview. “What are we willing to do?”

Indeed, asked this week if he agreed NATO was paralyzed, Estonian Defense Minister Juri Luik sought to walk Helme’s comments back and pointed to the recent arrival of a rotation of British troops as proof that the Western alliance was in good shape.

Helme’s public criticism was unpopular elsewhere, too. “I’m sorry to say I regret the statements made by the Estonian minister. It smells of propaganda one can hear on Russian television,” said Rasa Jukneviciene, a former Lithuanian defense minister and president of the NATO Parliamentary Assembly, who is now an MP in the European Parliament. “NATO wasn’t in Syria, while we’re in NATO.”

Even so, these have been disturbing times for east European nations worried, rightly or wrongly, that they could become targets of future Russian aggression.

“The Syrian events clearly showed how volatile and erratic the U.S. foreign policy could be, and how fast other parties can take advantage of a U-turn by the U.S.,” said Sven Sakkov, a former Estonian undersecretary for defense policy, who is now director of the International Centre for Defense and Security, a think tank in the capital Tallinn.

There are examples closer to home. A House impeachment inquiry is underway to determine whether Trump used the threat of withdrawing $400 million of military aid from Ukraine for his personal benefit, by seeking to strong-arm President Volodymyr Zelenskiy into opening a criminal investigation aimed at Trump’s potential challenger in next year’s election, former U.S. Vice President Joe Biden.

Ukraine is in the sixth year of a war against separatist rebels who are backed by Russian tanks, missiles and covert troops. The conflict that began in 2014 has cost about 13,000 lives. Although the country now spends about 5% of its gross domestic product on defense, it is heavily reliant on foreign military aid, 90% of which comes from the U.S.

In Poland, the right wing Law & Justice party government has invested heavily in a relationship with Trump, hosting him for a major foreign policy speech. The government signed a deal in June to boost the U.S. troop presence in Poland by 1,000, building what some have dubbed Fort Trump, while agreeing to buy 32 American F-35 fighter aircraft.

Outside the ruling party, this perceived over-reliance for Poland’s security on the U.S. in general and Trump in particular is seen as cause for concern. “Just imagine Biden’s son doing business in Poland and Trump conditioning ‘Fort Trump’ on whether local prosecutors deal with it,” said Siemoniak, the former Polish defense minister. “This shows the pitfalls of transactional politics.”

All of this is driving a wider debate across Europe about the need to find ways of assuring security that go beyond the U.S., as it pulls back from its post-Cold War role as global policeman. France has taken the lead in efforts to build a European defense capacity that would be less reliant on the U.S.

Along with others in eastern Europe, the Baltic states have boosted defense budgets, particularly after the Ukrainian crisis. Trump has repeatedly complained about NATO members that don’t meet the organization’s 2% spending target and he’ll have a venue to do so again at a Dec. 4 summit in London.

The Baltic countries should expand their national guards as another precaution, said Ian Bond, former U.K. Ambassador to Latvia and director of foreign policy at the Centre for European Reform, a London-based think tank.

“And I would definitely be building up relations with other significant European countries that might be able to come to my assistance in a crisis, whether that’s France, Germany, Poland or Sweden, or someone else,” he said.