The home town of Kuzma Minin 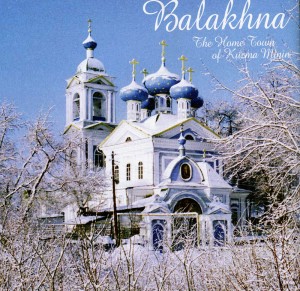 The town of Balakhna, one of the oldest in Russia, was founded back in 1474 and has the status of a Historical Town of the Russian Federation. Balakhna is the home town of Russian patriot Kuzma Minin. At the beginning of the 17th century Kuzma Minin and Dmitry Pozharsky led a militia to liberate Moscow from invasion which finally helped the Romanov dynasty to accede to the throne. There is now a monument to Kuzma Minin and a museum to commemorate his deeds. In the 17th century Balakhna was a large salt production center, even now you can find quite many salt pits on the Volga bank. There is a beautiful legend about two brothers — Plesyanych brothers — who were the first to find salt brines that attracted many people to settle down in Balakhna and start and develop salt production. 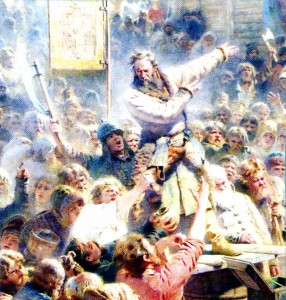 In the mid-17th century, Balakhana was a major shipbuilding site. Ships were the pride of the town, and this is reflected in the its coat of arms — two ship knee-pieces on a silver heraldic field, symbolizing the repute of the town’s shipbuilders.

At the very centre of Balakhana, on the former site of the Monastery of the Intercession of the Virgin (Protecting Veil) stands the second oldest monument in the whole of the Nizhny Novgorod region — a pent-roof stone church — the Church of St Nicholas. It was built in 1552 to commemorate the conquest of Kazan. There are unique architectural monuments in Balakhna district. One of them is the Church of St. Nicholas, made of stone with a hipped roof, the second oldest in the Nizhny Novgorod region. It was built in 1552 to commemorate the conquest of Kazan. The others are the Christ’s Nativity Church with a well-preserved 17th-century iconostasis and the Saviour Cathedral (1668) with glazed tiles made by Balakhna craftsmen. It should be noted that in the late 17th-early 18th century Balakhna was one of the centres for glazed tile production in Russia. The Saint Basil’s Cathedral on the Red square in Moscow is covered by glazed tile of Balakhna origin. Most 17th-century stone buildings in the Nizhny Novgorod are also made of bricks from Balakhna. 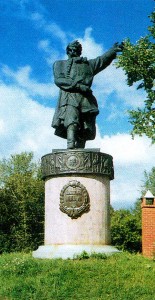 In the village of Yurino, a former manor of Pozharsky Princes, there is a wooden church of the 17th century — the Theotokos of Kazan Church. 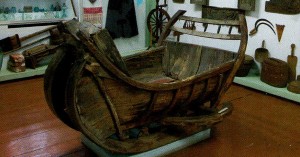 You can learn more about the history of Balakhna district in the local museum, which is located inside the Pokrovsky (Intercession) Monastery. In the museum there are unique collections of Old Russian painting, wooden statuary of the 19th century and laces. Balakhna is famous for its bone-laces, is has its own lace style — the so-called Balakhna style based on a multipair lacing technique. 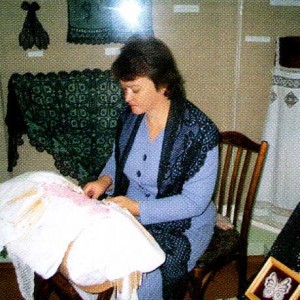 In Pravdinsk, which is a part of Balakhna, there is a cultural centre for kids, there local specialists help children to revive Balakhna lacing as well as wood carving and other crafts. Houses in Pravdinsk have their original style — they are decorated by intricate bas-relief fretwork.
The first Sunday in September is the {own holiday in Balakhna.

Balakhna is the home town of Russian partial Kuzma Minin

On this day people honour their most famous townsman — Kuzma Minin. They stage a large-scale performance on the main square, many people, both residents and visitors, get involved in it. You can also see various craftsmen there, who will demonstrate the art of painting, wood carving, pottery, lace-making and caning, pennywhistle making and others.