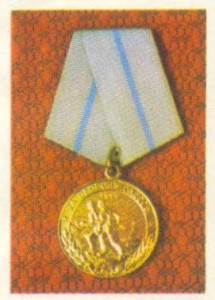 Almost three years of battle and repeated occupation had brought Odessa to the brink of economic disaster. Most of the factories and the port were at a standstill and 95% of the merchant fleet had either been sunk by the invaders or taken away.
Through immense effort and selfless work, the workers gradually brought back to life the factories and transport system, they salvaged and repaired ships, and rebuilt the wharfs, warehouses and refrigerators. In November, 1923, the port was already able to receive thirty-two foreign ships and one hundred and one coastal ships.
In 1925 industrial output amounted to only 60% of the 1913 figure, but by 1928 it had surpassed it by 8%.
The working people of Odessa got down to implementing the Communist party’s policy of industrialization, and as a result of the prewar five year plans, Odessa became a major industrial, cultural and holiday center, and a big Black Sea port with a population of over 600,000.
By 1940 industrial output exceeded the 1913 level eight times over. Old enterprises had been re-built and enlarged and new ones had gone up. New industries appeared, with engineering, metal-working, chemical and food industries playing the main role. Odessa produced farm machinery, steel pipes, machine-tools, chemical fertilizers, cranes, excavators, etc.
The port with its numerous
wharfs and modern hydro-technical equipment ranked among the country’s best. It could receive big ocean-going ships, more than twelve thousand tons deadweight, and in passenger traffic it held first place in the country.
Great progress was made in the advancement of culture, the health service and science.
Before the First World War more than one third of the population had been illiterate and there were only about 7,500 school pupils. Less than twenty years after the establishment of Soviet power, on the eve of the Great Patriotic War (1941-1945), Odessa had 55 new schools and the number of pupils had increased 20 times over. Illiteracy had been eliminated completely, and all forms of education and medical aid were free of charge. The number of hospitals, clinics and out-patient departments increased five-fold, six new maternity homes were opened and nineteen Women’s Welfare Clinics. There were forty two doctors for every ten thousand of the population. In 1941, 27,000 students were studying in Odessa’s colleges and technical schools. In addition there were twenty scientific-research institutes including the Ukrainian Research Institute of Eye Diseases, institutes of plant genetics, viticulture and health resort research institute. Odessa had more than fifty civic centers, a Palace of Pioneers, a Scientists’ Club, museums, theaters and an orchestra.
Although the years of peace were short, a great deal was done to improve the life of the people. Like the whole country, Odessa was going through a period of growth in the economic, sociopolitical and cultural fields. Its prospects looked bright, but then the war interrupted the peaceful life of the Soviet people.