The town of craftsmen 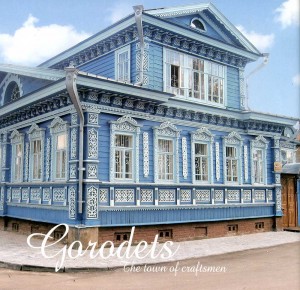 The oldest city of the Nizhny Novgorod region, the pearl of the region — Gorodets is situated 70 kilometers away from Nizhny Novgorod, on the left-hand bank of the Volga. The town was founded in 1152 by Prince Yuri Dolgorukiy as a fortress aimed to defend the most remote lands of Vladimir-Suzdal Rus’. The wooden fortress and the defense earth rampart that has been preserved since the 12th century saved the Russian lands from ravage many times. 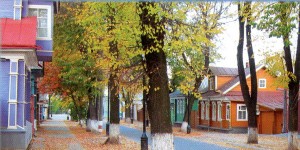 An important event in the history of the town is the foundation of the St. Fyodor Monastery. In 1263 coming back from the Golden Horde Alexander Nevsky took the monastery vows and the Christian name Aleksiy and later passed away. A princes helmet dated the 12th century was found in Gorodets at the excavations in the 90-ies of the 20th century. After the death of Alexander Nevsky his son Andrey named Andrey Gorodetsky became the Prince of Gorodets. An annalistic record, «the Annalist of Kitezh», telling us about the tragic and sorrowful events of the Tatar (Batiy) Invasion was written in the monastery in the 17th century. 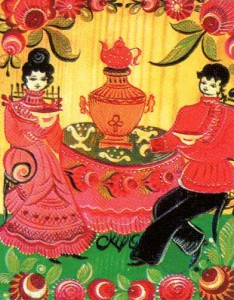 In the 14th century Gorodets had its own silver coins minted there. In the 17th century the town became one of the centers of wooden shipbuilding on the Volga. The ships built in Gorodets were famous al the river basin. In 1722 Tsar Peter the Great visited the dockyards of Gorodets, and in 1767 the empress Catherine II was present at the ceremony of the consecration of the Church of the Feodorovska Theotokos (Our Lady of St. Theodore). Catherine II granted a large p; of Gorodets to Count Grigory Orlov, and later this part was assigned to Count Panin and Princess Volkonskaya. In the 17th century the tov was the stronghold and the private «capital» for the Old Believers (or Old Ritualists). The 19th century was the Golden Age for Gorodet At that time the town was a large commercial, economic and shipbuik center. Its fame progresses thanks to the well-known families of merch; such as Ovchinnikovs, Pryanishnikovs, Sotins, Oblayevs, Deryugins and Lapshins.

A monument to Russian merchants was erected in Gorodets in 200 as a sign of respect to them, their generous investments and patronage of art and literature. 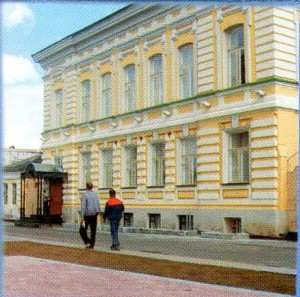 The glorious past of Gorodets is preserved in stone merchants’ houses, decorated with porches with a delicate lace of their cast-iron awnings and magnificent metal smoke bonnets and gutters. Now there is a regional museum in one of such mansions that used to belong to merchant Oblayev. The wooden Gorodets houses decorated with «blind» and lacy fretwork seem to have come out of a fairy-tale.

The traditions of arts and crafts are carefully kept and developed in Gorodets region. The famous Gorodets painting, golden embroidery, wood carving, gingerbread baking, pottery, caning and gingerbread plate making are still flourishing here. Gorodets is called The Town of Craftsmen, and it is true, indeed. Every year in June there is a festival of arts and crafts — The Fellowship of Craftsmen and on the second Saturday of September at the town festival Gorodets becomes a theatre, an exhibition, a museum and a fair at the same time.

The town was founded in 1152 by Prince Yuriy Dolgorukiy as a fortress aimed to defend the most remote lands of Vladimir – Suzdal Rus´.

Modern Gorodets is also the so-called museum capital. A regional festival The Museum Capital of Nizhny Novgorod Region has been held here in September since 2003.

Now there is even a new «museum quarter” in the town, which unites several museums that are a part of the Gorodets museum group.

Tourists visiting Gorodets can stay at the comfortable hotel Bereginya that offers double rooms with all the modern facilities.

There is another town, Zavolzhye, which is only 20 minutes away from Gorodets. Its central part has the status of historical building up of the Soviet period. In Zavolzhye you can visit the museum of hydroelectric power station and of Zavolzhsky Motor Plant as well as the center of children’s art and enjoy the sights of the Gorky Sea. In 2004 in Zavolzhye there appeared-a museum of municipal history.