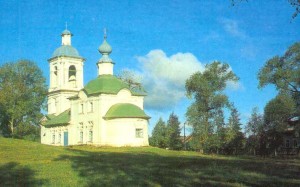 Petrozavodsk. In 1703 Peter the Great founded the iron-making and cannon-casting plants on the forest river Lososinka. Around them the Peter’s settlement has developed. Nowadays Petrozavodsk is an industrial and cultural center of the North-West of Russia.

Having passed the system of rivers, reservoirs, lakes and assended the “staircase” of the Volgo-Balt lock, the ship makes fast at the Goritsa moorage on Sheksna.15 kilometres away from the river bank there’s a monastery founded in the 15th century. It was second in its position only to the Troitsa-Sergiev Monastery in Moscow.